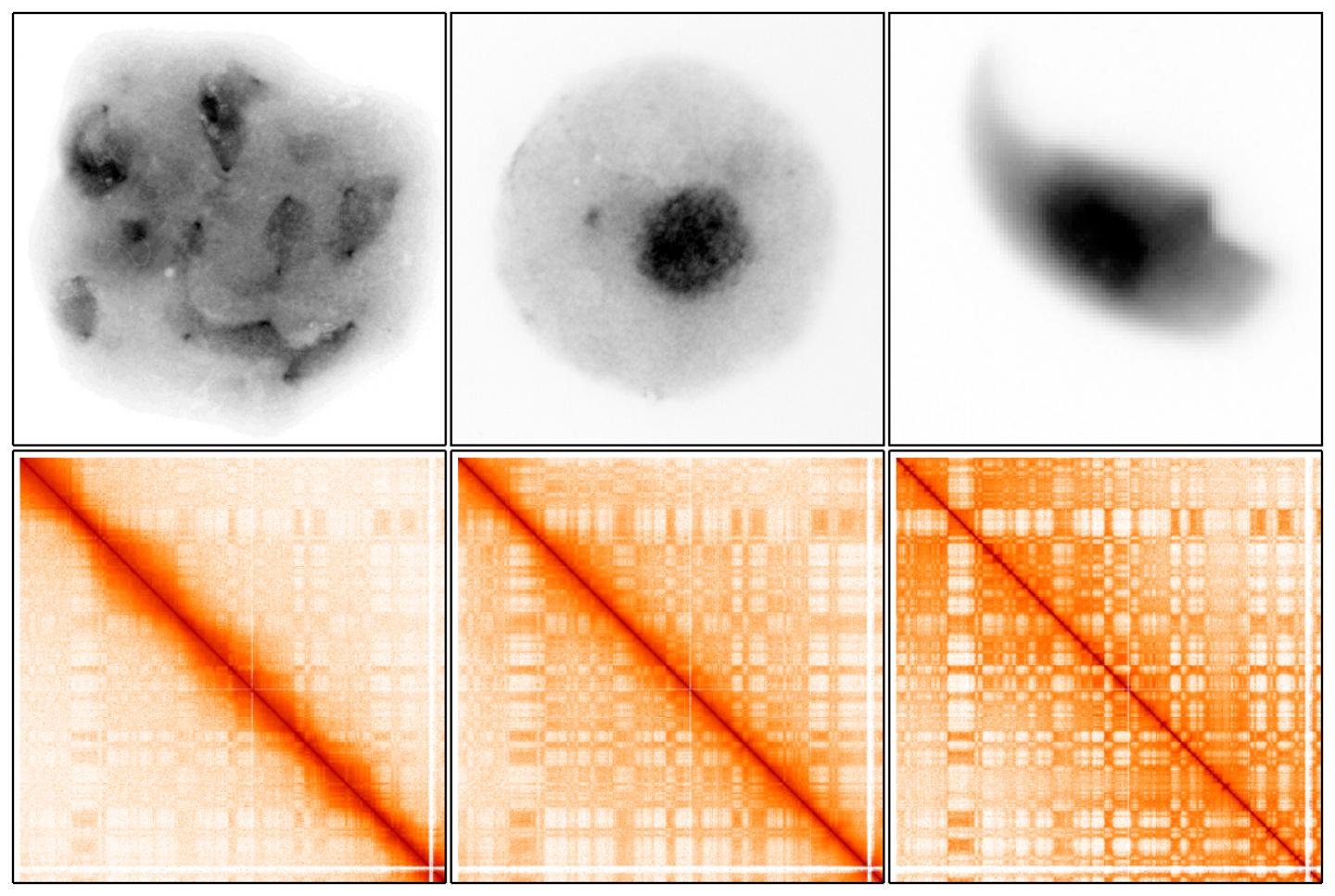 CINCINNATI – From fathers to children, the delivery of hereditary information requires the careful packing of DNA in sperm. But just how nature packages this DNA to prepare offspring isn’t clear. Using new technology to reveal the 3D organization of DNA in maturing male reproductive cells, scientists revealed a crucial period in development that helps explain how fathers pass on genetic information to future generations.

The period was captured during a stage of male sperm development called meiosis. This is when reproductive cells, called germ cells, are maturing into sperm that can fertilize a female egg, laying the foundation to make all the cells of a child. Publishing their findings in Nature Structural & Molecular Biology, reproductive biologists at Cincinnati Children’s Hospital Medical Center say nature prepares the 3D organization of DNA before packing it into sperm.

By the time the germ cells actually become fertile sperm, the genetic material is tightly arranged. The male germ cell’s hereditary material has precise 3D organization in the cell’s genetic control center, the nucleus. Researchers report that this 3D organization is necessary for a male to help produce the next generation of life.

“We propose that male sperm is not just a carrier of DNA. Our data suggest that the three-dimensional organization in the cell nucleus helps establish a molecular foundation that can reproduce a complete zygote capable of becoming the next generation,” said Satoshi Namekawa PhD, a principal investigator on the study and member of the Division of Reproductive Sciences.

The findings open the possibility of new research to investigate how the 3D organization of genetic material affects fertility and issues such as premature birth or stillbirth. Also collaborating on the study was the laboratory of Noam Kaplan, PhD at Technion Israel Institute of Technology, in Haifa, Israel.

Using the maturing germ cells of male mice for their study, the researchers honed in on meiosis, the stage when male germ cells shed half of their chromosomes while shuffling around genetic material. This is part of nature’s rule that male and female mammals each contribute half of their genetic material to generate a genetically whole but diverse member of the next generation. Humans have a total 46 chromosomes, with mother and father each contributing 23.

Using a technology called Hi-C, researchers were able to show the 3D organization and interactions of chromosomes, as well as the genes in the nucleus of meiotic male germ cells. The authors propose that preparing 3D organization in meiosis is vital for genes that allow germ cells to regain their ability to produce all the cells of the body after fertilizing a female egg.

“In meiosis, gene expression is extremely high and diverse,” said Kris Alavattam, the study’s first author and member of the Namekawa laboratory. “Many of these genes are essential for germ cells to develop, and many are expressed nowhere else but germ cells and at no other time.”

In order to gain more insight about possible contributions to reproductive health problems in people, the scientists now want to use their laboratory modeling systems to understand how the disruption of 3D chromatin organization may harm fertility.