Wilmington, DE, (MARCH 21, 2022) – A new study from scientists at ChristianaCare’s Gene Editing Institute is advancing the safety and efficacy of using CRISPR gene editing in patient treatments by demonstrating how to identify and evaluate the broad-based biological impact of gene editing on targeted tissues, where the edits are designed to fully disable or “knock out” a specific sequence of genetic code. The work, published today in the Nature journal Gene Therapy, supports the Institute’s efforts to improve lung cancer treatments by using CRISPR to disable or alter a master regulator gene to prevent it from producing a protein that blunts the impact of chemotherapy. 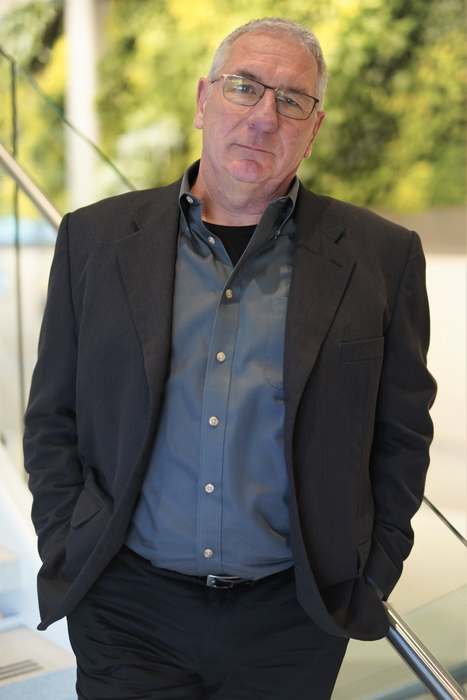 Wilmington, DE, (MARCH 21, 2022) – A new study from scientists at ChristianaCare’s Gene Editing Institute is advancing the safety and efficacy of using CRISPR gene editing in patient treatments by demonstrating how to identify and evaluate the broad-based biological impact of gene editing on targeted tissues, where the edits are designed to fully disable or “knock out” a specific sequence of genetic code. The work, published today in the Nature journal Gene Therapy, supports the Institute’s efforts to improve lung cancer treatments by using CRISPR to disable or alter a master regulator gene to prevent it from producing a protein that blunts the impact of chemotherapy.

“We found that when you use CRISPR, the edits sometimes end up altering rather than completely disabling the target gene, so we developed a process to gain a more complete understanding of what that means for patients,” said Eric Kmiec, Ph.D., executive director and chief scientific officer of ChristianaCare’s Gene Editing Institute and the principal author of the study.

Dr. Kmiec said that for his team’s lung cancer work, “We discovered that even when our CRISPR-based genetic manipulation did not completely disable the targeted gene, it altered it in ways that that appear to make lung cancer tumors more sensitive to chemotherapy.

“We were fortunate that our strategy for using CRISPR to improve lung cancer treatments has been validated once again,” he added. “But our commitment to conducting an unbiased assessment of our approach highlights the importance of examining all potential outcomes of an attempt to use CRISPR to knock out a specific gene. Specifically, anyone developing CRISPR therapies needs to be on the lookout for edits that don’t fully knock out a section of DNA code—and evaluate the potential impacts for patients. They could be positive, as they were in our case, negative or neutral, but they need to be known.”

Much of the excitement around medical applications of CRISPR involves using the tool to disable harmful genes by editing or “knocking out” a specific sequence of DNA code. But there is increasing evidence that in the wake of a CRISPR edit, cells may remain that contain merely an altered form of the targeted code that allows the gene to continue to produce biologically active proteins.

Scientists at the Gene Editing Institute are investigating the potential of using CRISPR to disable a gene called NRF2 to alter production of the protein that protects squamous cell carcinoma lung cancer tumors from the effects of chemotherapy or radiation. They already have shown, in studies with tumor cells and in animals, that they can selectively target the NRF2 gene without affecting normal cells, where the gene confers health benefits.

In the present study they wanted to go further. They wanted to fully understand the implications of a CRISPR gene edit that allowed the NRF2 gene to retain enough DNA code to continue making a version of the protein, albeit in an altered or truncated form. The team is laying the groundwork for a clinical trial that would use CRISPR to improve the efficacy of conventional chemotherapy and radiation treatments. Dr. Kmiec said that before proceeding, he wanted his team to develop a clear process for identifying and evaluating all outcomes of CRISPR edits.

Identifying and understanding the diversity of genetic outcomes produced by CRISPR-directed gene editing has been a centerpiece of the foundational research programs established by the Gene Editing Institute.

Using CRISPR in a safe way

“We carry out experiments in an unbiased fashion, not hoping for a particular outcome, but with patient safety and efficacy serving as the true north for our scientific endeavors,” Dr. Kmiec said. “No matter what we uncover or elucidate, the insights will help both ChristianaCare and the entire field use CRISPR in a safer and more efficacious manner.”

The researchers found multiple cells where the targeted strand of DNA code in the NRF2 gene was not completely knocked out. Rather, following the CRISPR edit, cells emerged that had retained enough of the original code to continue producing a different form of the protein. Tests revealed that cancer tumor cells generating these altered proteins may be more vulnerable to chemotherapy drugs.

“For the work we are doing with NRF2, the truncated proteins generated by the CRISPR edit appear to be beneficial for making tumors more sensitive to treatment,” said lead author Kelly Banas, Ph.D. “But the key point is these proteins were clearly biologically active. And that means we needed to determine their potential impact on the safety and efficacy of using CRISPR to treat lung cancer patients.”

Dr. Banas noted that the study points to the limits of considering a CRISPR edit to be successful simply by testing for the absence of a targeted protein in its original form. She said by that standard, their edit was successful. The edited NRF2 genes were no longer producing the same protein. But she said if that’s all the ChristianaCare team had looked for, they would have missed the altered proteins coming from the NRF2 gene—and overlooked an important outcome that, in this case, strengthens the original hypothesis and experimental approach: that using CRISPR to target the NRF2 gene holds promise for improving outcomes for lung cancer patients.

Importance of due diligence

“The process we describe in this study is a template that should be followed in any effort to develop CRISPR as a medical treatment,” Dr. Kmiec said. “We’re part of a health care organization where patient safety is the top priority. We also are working at the vanguard of an exciting area of cutting-edge medicine, where a failure to conduct due diligence could cause tragic outcomes that would set back this field for decades. With this study, we have validated a process that can help this field move forward rapidly but safely.”

CRISPR stands for “clustered regularly interspaced short palindromic repeats.” It is a defense mechanism found in bacteria that can recognize and slice up the DNA of invading viruses. Scientists have learned how to modify this mechanism so it can be directed to “edit” specific sequences of DNA code.

The Gene Editing Institute, a worldwide leader in CRISPR gene editing technology and the only institute of its kind based within a community health care system, takes a patient-first approach in all its research to improve the lives of people with life-threatening disease. Since 2015, researchers at the Gene Editing Institute have been involved in several ground-breaking firsts in the field, including the development of the first CRISPR gene editing tool to allow DNA repairs outside the human cell which will rapidly speed therapies to patients and the ExACT ™pathway of single-stranded DNA repair, which increased the on-target efficacy of CRISPR and paved the way for new CRISPR breakthroughs in precise DNA edits. Its researchers created CRISPR in a Box™, the leading educational toolkit to teach gene editing, DECODR™, recognized as the most user-friendly and precise analytical tool to understand the diversity of genetic outcomes of gene editing and are currently developing a patient trial for lung cancer using CRISPR.