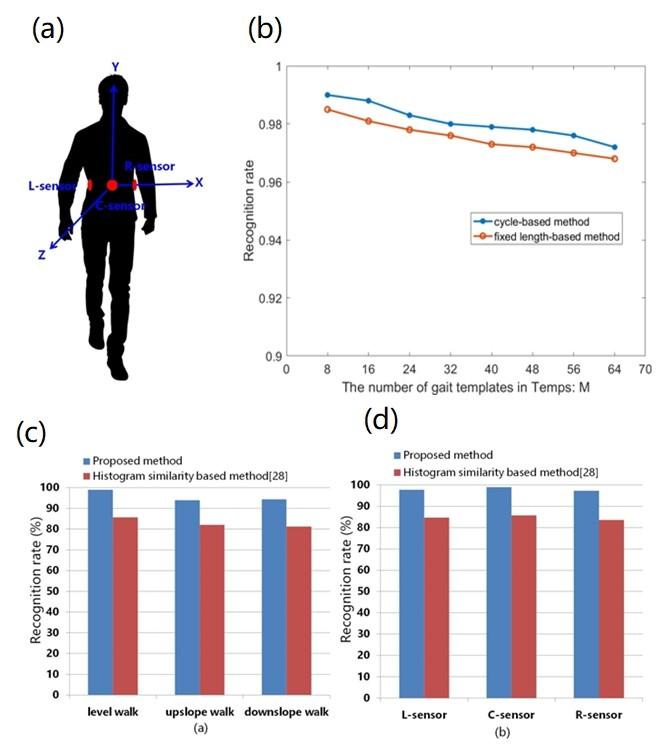 Human gait is a unique feature that could be used for robust identity recognition. Gait-based identity recognition method combines several advantages, such as high fraud-resistance, secure data collection, no need for explicit user interaction, and continuous and long-distance authentication. This combination makes gait a very suitable biometric parameter for user verification when associated with wearable devices.

Prof. LI Ye and his colleagues Dr. SUN Fangmin and Dr. ZANG Weilin at the Shenzhen Institutes of Advanced Technology (SIAT) of the Chinese Academy of Sciences, in cooperation with colleagues from the University of Calabria in Italy, have proposed a gait-based identification method for elderly users.

The current work, published in Information Fusion, is based on the team’s a previous study which was published in IEEE Internet of Things Journal in 2018 and extends gait identification to elderly users. In the previous study, LI’s team has proposed a speed-adaptive gait cycle segmentation method and an individualized matching threshold generation method to improve the gait authentication of young adults when walking at various speeds.

In the current report, the researchers introduced a gait-based identity recognition method used for the access control of elderly people-centered wearable healthcare devices. A gait template synthesis algorithm was proposed to alleviate the problem of intra-subject gait fluctuation in elderly older people. To further improve the identity recognition rate, the researchers designed an arbitration-based score-level fusion algorithm: two matching algorithms are used to make preliminary decisions; if there are inconsistencies in the preliminary decisions, the third matching algorithm is used to provide the final decision. Such procedure is shown to improve the recognition rate of older adults compared with the existing histogram similarity based method.

The feasibility of the proposed method was verified using a public dataset containing acceleration signals from three IMUs (inertial measurement units) worn by 64 older users ranging in age from 50 to 79 years which was shared by Osaka University in 2011. The experimental results obtained prove that the average recognition rate reached 96.7%, indicating the proposed method was quite suitable for robust gait-based identification of elderly users.

Extreme heat — and maybe a virus — wiped out Cambodian bats

Biocolonizer species are putting the conservation of the granite at…