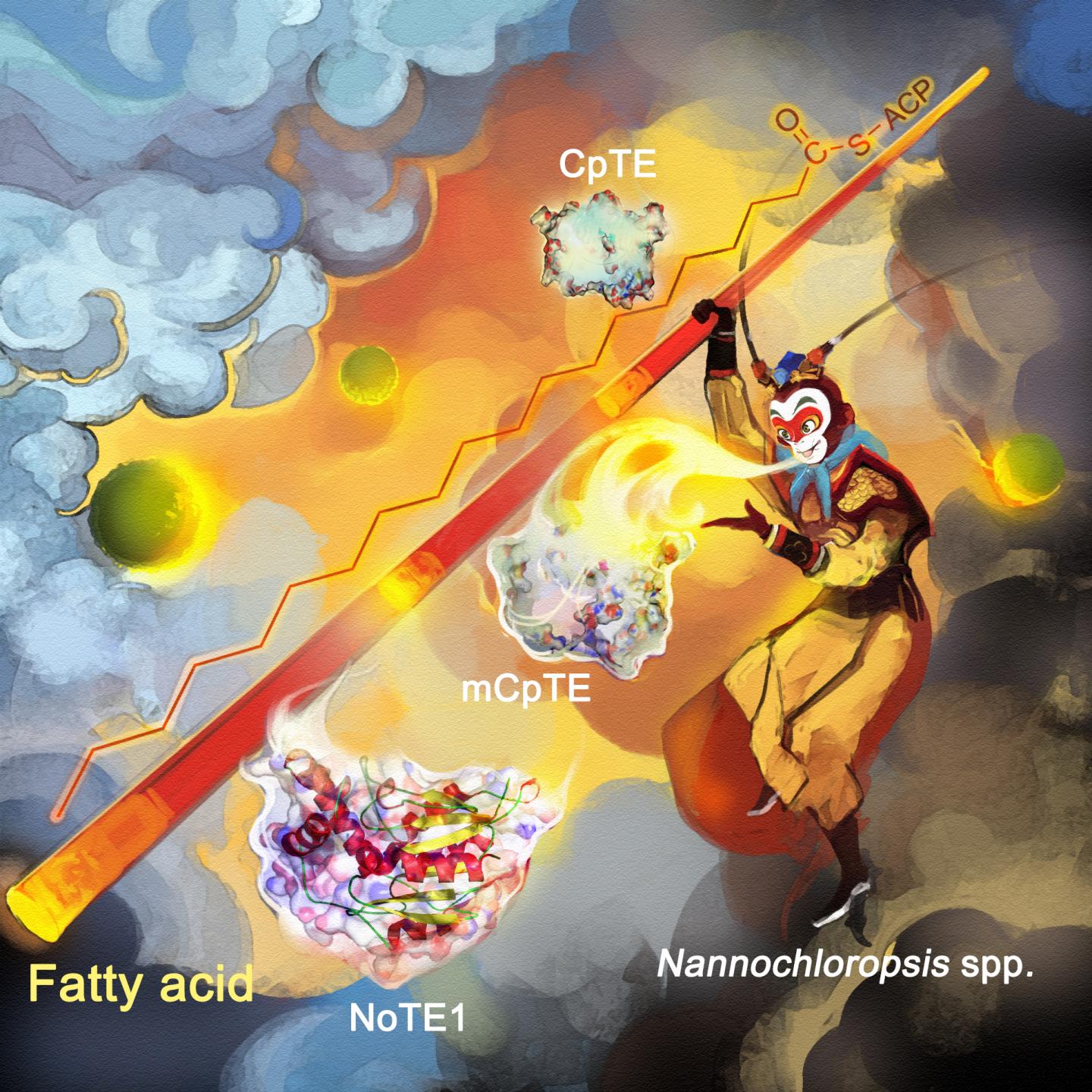 By combining the ‘chassis’ of an oil-producing microalgae with genes from a Cuphea plant, scientists from the Single-Cell Center, Qingdao Institute of BioEnergy and Bioprocess Technology (QIBEBT) of the Chinese Academy of Sciences (CAS), can turn the algae into a microbial cell factory that can produce various oils with different properties.

The study was published in Metabolic Engineering on April 3.

Oils are composed of fatty acids, and fatty acids are composed in part of chains of carbon atoms. The length of these carbon chains can impact the physical properties of the fatty acid and thus the property of the oil. The researchers now can program the algal ‘factory’ by designing the algae to produce fatty acids of different lengths.

Oleaginous microalgae are often attractive candidates as “cell factories” due to their rapid reproduction rates and ability to produce large volumes of fatty acids.

But the chain-length of the fatty acids produced by these self-replicating photosynthetic factories is very rigidly specific to a given species. Typically, one type of microalgae would be great at producing fatty acids of some lengths, but not others.

“This is far from ideal as a product-flexible cell factory to deliver the plethora of chain lengths needed at will for various industrially relevant fatty acids, as you would have to constantly swap out the species that is doing the producing,” said WANG Qintao, a researcher at Single-Cell Center, the first author of the study.

So they added the genes for a similar TE enzyme pathway from a Cuphea plant – one that was good at boosting production of fatty acids with those mid-length chains. Protein engineers led by FENG Yanbin and XUE Song, now at Dalian University of Technology, tuned the enzymes so that fatty acids of a different chain length can be produced. The Cuphea genus is home to many species of plants also known for their oil production capabilities.

But by combining the enzymes, the team showed that it was possible to ratchet the fatty acid chain up and down a broad range of desired lengths, and within the N. oceanica ‘factory’.

The researchers hope that this basic framework will now accelerate the development of designer oils of various fatty acid chain lengths within other species of Nannochloropsis and other oleaginous microalgae.

“By directly turning CO2, sunlight and seawater into designer oils, such microalgae cell factories are carbon negative, thus farming them at a large scale can help to save our planet from global warming,” added XU Jian, Director of Single-Cell Center, and one senior author of the study.