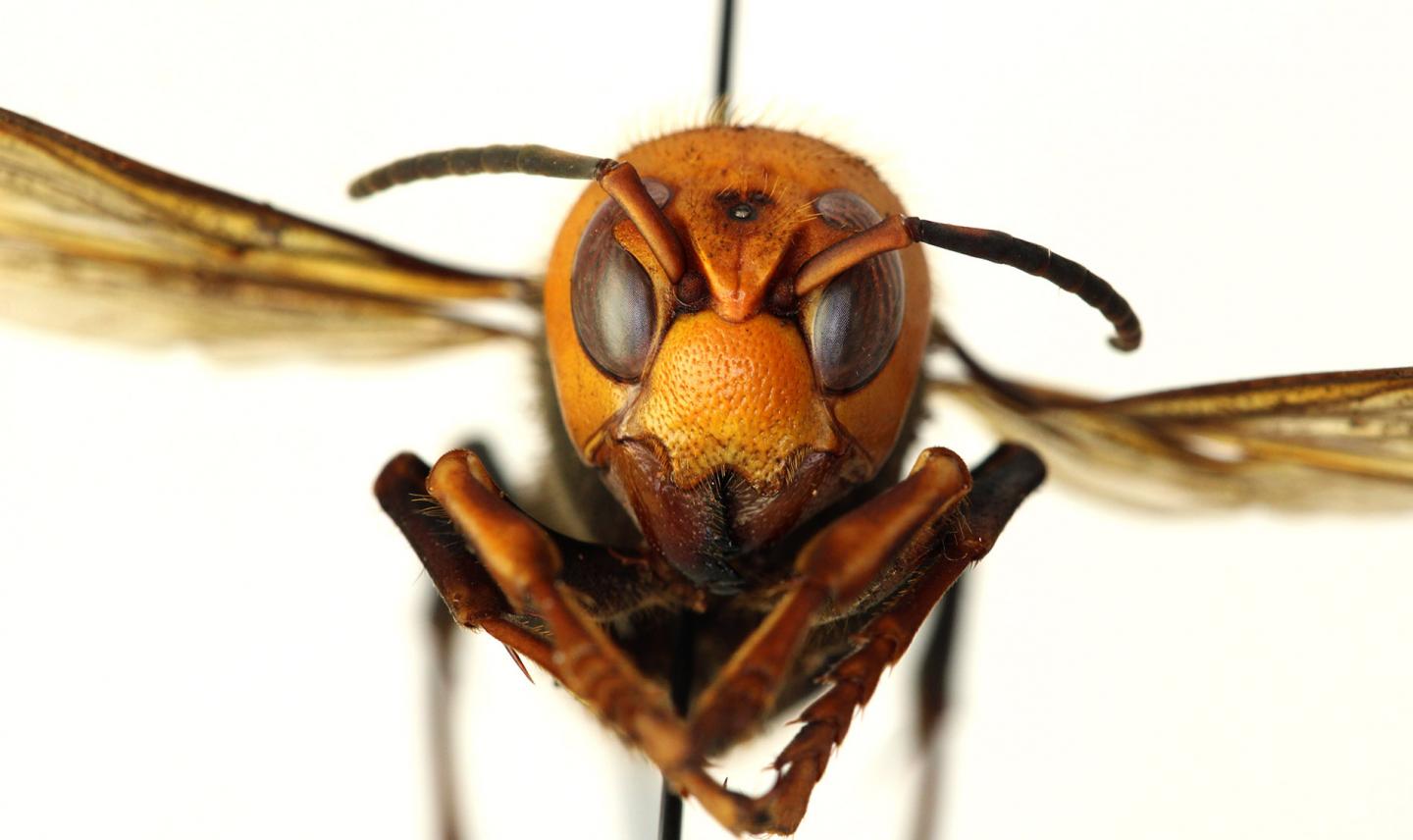 PULLMAN, Wash. – Researchers at Washington State University have predicted how and where the Asian giant hornet, an invasive newcomer to the Pacific Northwest, popularly dubbed the “murder hornet,” could spread and find ideal habitat, both in the United States and globally.

Sharing their discoveries in a newly published article in the Proceedings of the National Academy of Sciences, the team found that if the world’s largest hornet gains a foothold in Washington state, it could spread down much of the west coast of the United States.

The Asian giant hornet could also find suitable habitat throughout the eastern seaboard and populous parts of Africa, Australia, Europe, and South America, if humans inadvertently transport it.

The team’s predictions underline the importance of Washington state’s efforts to stop the large insects before they spread.

“We found many suitable climates in the U.S. and around the globe,” said lead author Gengping Zhu, a postdoctoral scholar at WSU’s Department of Entomology.

“These predictions are scientific sleuthing,” Illan said. “We’re making an educated guess on how fast and far these insects can move, their rate of success in establishing a nest, and offering different scenarios, from least bad to worst. No one has done this before for this species.”

A wide range of suitable habitats

Native to forested parts of Asia, the Asian giant hornet, Vespa mandarinia, is a significant threat to Western honey bees, which have no natural defense. In late summer and fall, hornet colonies attack beehives, destroying entire bee colonies to feed their brood and produce new queens.

Up to two inches long, the insect also deploys a potent sting, which is more dangerous than that of local bees and wasps.

Asian giant hornets are most likely to thrive in places with warm summers, mild winters, and high rainfall. Extreme heat is lethal, so their most suitable habitats are in regions with a maximum temperature of 102 degrees Fahrenheit.

Based on those factors, suitable habitat for the giant hornet exists along much of the U.S. west and east coasts, adjacent parts of Canada, much of Europe, northwestern and southeastern South America, central Africa, eastern Australia, and most parts of New Zealand.

Much of the interior of the U.S. is inhospitable to the hornet due to extremes of heat, cold, and low rainfall. This includes the eastern parts of Washington state and British Columbia, as well as California’s Central Valley, all of which have major fruit and nut crops that rely on honey bee pollination.

Using data from a similar species, Vespa velutina, scientists predicted that without containment, Asian giant hornets could spread into southern Washington and Oregon, and north through British Columbia. Calculating that hornets could fly up to 68 miles per year, their worst-case scenario found that the insects could disperse throughout the western regions of Washington and Oregon in 20 years or less.

However, scientists cautioned that these predictions are an educated guess.

“The information that we want–how fast and far queens can fly, and when they fly–is all unknown,” Illan said. “A lot of basic biology is unknown. So, we’re using a surrogate.”

“We know queens come out of their nest in the fall, mate, and fly–somewhere,” Looney said. But nobody knows how far they fly, or if they fly repeatedly. We don’t know if they set up nests in the spring near where they hibernated, or if they start flying again. These are some of the things that make predicting natural dispersal a challenge.”

Nature alone cannot predict where the hornet may end up. Human activity plays a role in transporting invasive species around the globe.
While colonies can only be started by mated queens, and a USDA analysis found that accidental transport by humans is unlikely, Looney said that human-assisted spread could be a concern.

“It’s easy for some species to get moved accidentally from one side of the country to the other, even if there’s a large swathe of unacceptable habitat in between,” he said.

“Preventing the establishment and spread of Asian giant hornet in western North America is critical for protecting bees and beekeepers,” Crowder said. “Our study can inform strategies to monitor and eradicate these invaders before they become established.”