More than half a billion people depend on the fisheries, storm surge protection, ecotourism and other resources provided by tropical coral reefs. Although these communities care deeply about the fate of coral reefs, they often lack the scientific tools to document changes in the local reefs on which they rely. 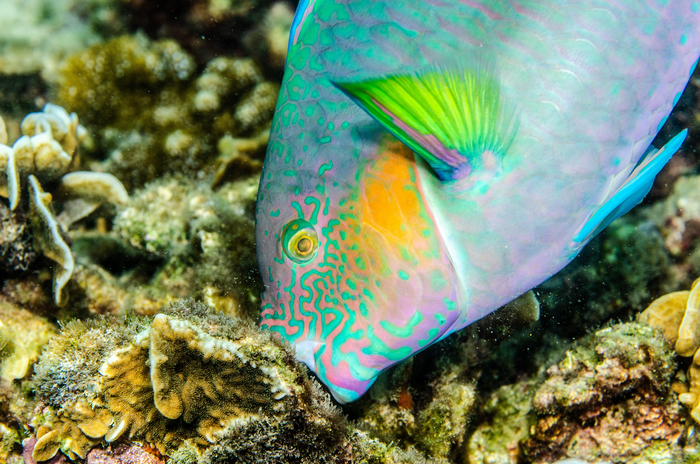 More than half a billion people depend on the fisheries, storm surge protection, ecotourism and other resources provided by tropical coral reefs. Although these communities care deeply about the fate of coral reefs, they often lack the scientific tools to document changes in the local reefs on which they rely.

Researchers from Florida Atlantic University, the University of Colorado at Boulder, the University of New Mexico and the University of California, Santa Cruz, have received a five-year, $3 million grant from the National Science Foundation for a project to empower community members already interested in coral reef health with the tools needed to document changes in these systems. Importantly, findings from the research will inform management of ecosystems.

Among the prevailing theories for the global decline of coral reef ecosystems is that because of a loss of herbivorous fishes through environmental change, algae outcompete corals, leading to the collapse of previously thriving coral ecosystems. Therefore, the ecological function of herbivory or “primary consumption” by this fish community is of critical ecological importance, because it can determine the state of the ecosystem.

Building on their past work in coral reef systems, the interdisciplinary research team will work to understand how herbivory rate at the ecosystem scale emerges, responds to environmental change and shapes the ecosystem as a result of diverse networks of coral reef fish that are simultaneously competitors and mutualists.

“In coral reefs, the behavior of diverse assemblages of herbivorous fish is readily observable. These fish feed on benthic or seafloor-attached algae, which compete for limited space with coral species that lay the physical foundation of the ecosystem,” said Ashkaan K. Fahimipour, Ph.D., co-principal investigator and an assistant professor in the Department of Biological Sciences in FAU’s Charles E. Schmidt College of Science. “Yet, how collective herbivory emerges in these ecosystems is poorly understood and ultimately hinges on ‘multivalent’ interactions among diverse fish species.”

“Multivalent” interactions, in which biological units simultaneously affect one another in qualitatively distinct ways, are found in systems at virtually all levels of organization. Examples include bacteria that compete for nutrients but also share genes that confer antibiotic resistance, tree species that share carbon and infochemicals as they compete for water and light, and multi-species groups of birds, fish and mammals that compete for food but also exchange information about shared predators.

“As we begin to recognize the prevalence and dynamical significance of multivalent interactions, it is clear that we must develop new frameworks for studying how this feature of complex biological systems impacts emergent system function and responses to environmental change,” said Gil.

For the project, “URoL:EN: Emergence of Function and Dynamics from Ecological Interaction Networks,” the team will empirically identify and mathematically characterize the modes of interactions among diverse reef fish species to determine the structure and form of multivalent interactions in the system. They will then develop new computational and analytical methods to understand the Rule of Life that governs how system-scale function and dynamics, including responses to environmental change, emerge from these interactions.

“Although we will apply these methods to coral reef ecosystems, the theoretical framework we develop for understanding the structure, evolution and dynamics of multivalent interaction networks will be general and, therefore, directly applicable to myriad complex biological systems that are subject to this Rule of Life,” said Fahimipour.

Through partnerships with local organizations such as the Caribbean Research and Management of Biodiversity in Curaçao, Coral Gardeners in Mo’orea, French Polynesia and the Ecoinformatics Lab in Thailand, researchers will engage with local stakeholders such as local fishing cooperatives, grassroots conservation groups and tour operators at each of the study locations. The pilot citizen science program will empower local communities to contribute to global environmental monitoring. Researchers will work with stakeholders to identify the metrics of reef health that are most relevant to them and will provide them with small, handheld camera observatories powered by the same technologies used in their large-scale observatories.

“Because of their low cost and scalability and the data standardization they provide, the camera and automated processing/analysis technologies developed in our technical project plan have the potential to democratize access to scientific tools, empowering local, on-the-ground coral reef monitoring efforts,” said Gil.

Researchers also will establish a paid cross-institutional research assistantship for undergraduates from underrepresented groups focused on developing cross-disciplinary quantitative skills. In addition, they will create a social media video series showcasing the experiences of diverse undergraduate and early-career scientists supported by this grant to humanize and demystify the process of scientific discovery and its importance to individuals and society.