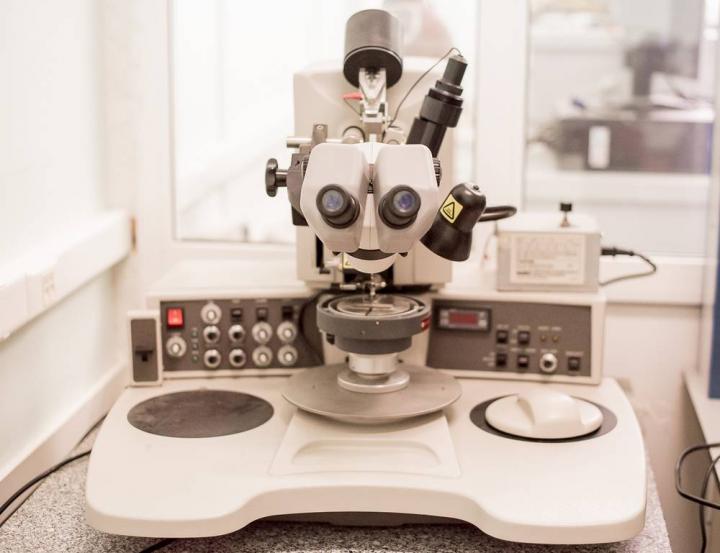 Physicists from Russia, Chile, Brazil, Spain, and the UK, have studied how the magnetic properties change in 3D nanowires, promising materials for various magnetic applications, depending on the shape of their cross-section. Particularly, they more deeply probed into the Walker breakdown phenomenon, on the understanding of which the success of the implementation of the future electronics devices depends. The research outcome appears in Scientific Reports.

The cross-sectional geometry of a three-dimensional nanowire affects the domain wall dynamics and therefore is crucial for their control. In turn, managing the DW dynamics under various external conditions is necessary in order to realize the future electronics and computing devices, operating on new physical principles. Such equipment will be faster, more reliable, smaller, and more energy-efficient. An example of it is magnetic memory, generators of magnetic signals, magnetic logic devices.

The domain wall dynamics in magnetic nanowires is curbed by the Walker breakdown phenomenon. That is the loss of the linear dependence of the velocity of domain walls on the magnitude of the external magnetic field when the field exceeds a critical value known as the Walker field.

“We managed to find out that the oscillatory behavior of the DW in a nanowire with a polygonal cross-section comes from energy changes due to deformations of the DW shape during the rotation around the nanowire. Thus, a deeper understanding of the Walker breakdown phenomenon is provided,” says research participant Yuri Ivanov, a docent at the Department of Computer Systems, Far Eastern Federal University School of Natural Sciences. “We have studied 3D nanostructures in which domain walls can oscillate not only along the nanowire but also around it. This double oscillation can be considered as a basis, when designing, for example, the sources of radiofrequency electromagnetic radiation (nano-oscillators) for smartphones of the new generation.”

The production of 3D magnetic nanowires is a fast-growing area of research. The material secures a special position among prospective magnetic nanostructures. The different cross-sectional shapes and curvatures of nanowires determine their dynamic and static magnetic properties. However, it is extremely difficult to study these properties due to the three-dimensional structure of the nano-objects. An additional complication, scientists see in the scaling up of the production of 3D nanowires and its compatibility with existing engineering solutions, for example, in nanoelectronics.

Next, the scientists plan the development of a theoretical model to predict the change in the dynamic magnetic properties in 3D nanowires of various cross-sections and curvatures.