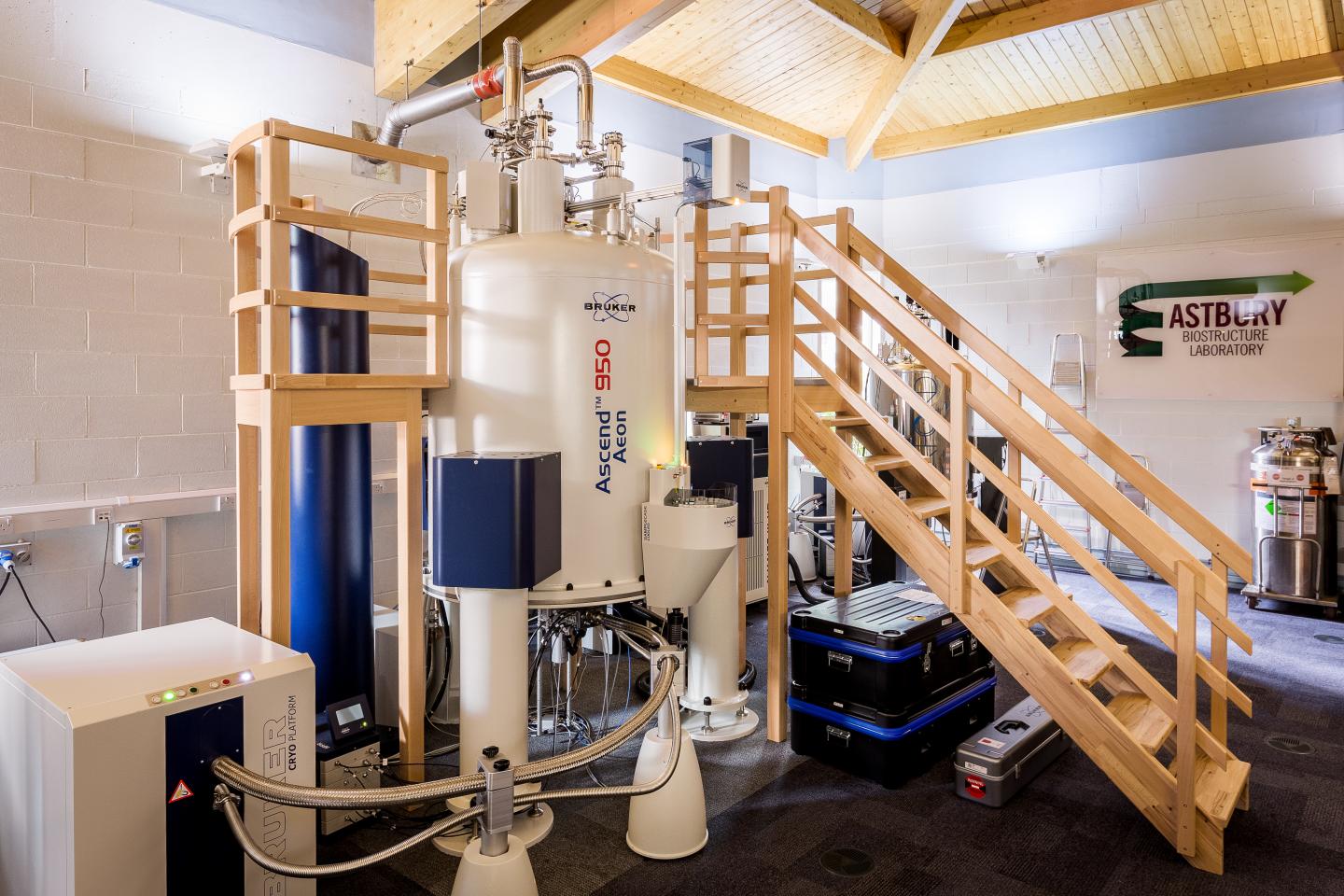 A master control region of a protein linked to Parkinson’s disease has been identified for the first time.

The finding, made by scientists from the University of Leeds’ Astbury Centre for Structural Molecular Biology, provides a new target for the development of therapies to try and slow down or even prevent the disease.

Parkinson’s affects more than 10 million people across the world, causing neurodegeneration and difficulties with movement, which increase over time. There is currently no cure for the disease.

The study focused on a protein called alpha-synuclein, which is linked to the onset and progression of Parkinson’s disease.

Alpha-synuclein is found in healthy cells in the nervous system, but problems arise when it clumps together, or aggregates, into plaques known as amyloid that can disrupt normal function.

A short region of the alpha-synuclein protein, known as NAC, was assumed to be key to Parkinson’s disease, as it is particularly aggregation-prone.

In this study, researchers Dr Ciaran Doherty and PhD researcher Sabine Ulamec from the Astbury Centre at Leeds, found that two regions outside of NAC play a critical role in controlling amyloid formation of alpha-synuclein.

Removing these regions switched off aggregation in a laboratory setting, even though NAC was still present.

To investigate the importance of these ‘master controller’ regions in protein aggregation in living cells, the team joined forces with Dr Patricija van Oosten Hawle and her students, also members of the Astbury Centre in Leeds.

They inserted alpha-synuclein and a variant of the protein lacking the master controller regions in to the muscle cells of nematode worms and monitored aggregation of the proteins and their effects on the mobility of the worms – a commonly used model organism in research into neurodegenerative disorders.

When the control regions were deleted in the worms, alpha-synuclein no longer formed aggregates, and the worms were healthier and more mobile, even in old age, compared to worms expressing the normal alpha-synuclein protein.

Their findings are published today in Nature Structural and Molecular Biology.

Investigator Professor Sheena Radford, FMedSci FRS, Director of the Astbury Centre for Structural Molecular Biology at the University of Leeds, said: “In trying to tackle diseases like Parkinson’s, the first problem is identifying the key areas to target with small-molecules or protein-based medicines, as these proteins do not have a fixed structure, ruling out traditional methods of structure-based drug design.

“Finding a previously over-looked target to focus future efforts on is very exciting.

“Our discovery of master controller regions may open up new opportunities to understand how mutating the protein sequence that causes disease could help us find the Achilles heel for these proteins to target for future therapeutic intervention.”

Whilst alpha-synuclein is linked to Parkinson’s disease, it is also thought to be involved in signalling across nerves in the brain. This involves the release of neurotransmitters which occurs when small carrier structures called vesicles, containing vital signalling molecules, fuse with cellular membranes to release their cargo. This is important for signalling in the nervous system.

To investigate whether the master controller regions identified in alpha-synuclein are also important for its function, the researchers looked at whether the modified protein could still fuse vesicles together.

Fine tuning of this balance may enable therapeutic opportunity to reduce aggregation whilst maintaining function, and it is the need to rebalance these two opposing roles of the master controller region that will be the next challenge.

The co-investigator of the study, Dr David Brockwell, said: “Our hope is that future research might target this master controller, to allow the development of a therapy which could tweak the conformation or stickiness of alpha-synuclein in the brain with only minimal changes to its function.”

“We hope that such a strategy might be able to help people with early signs of Parkinson’s, by reducing the formation of amyloid plaques in the brain, and to delay the progression of the disease.”

Following more than £5 million investment in 2016, the University’s Astbury Centre for Structural Molecular Biology was able to purchase and install a powerful 950MHz NMR instrument, one of the most powerful in the country. This NMR machine allows researchers to advance our knowledge of how changes in protein structure can trigger diseases like Parkinson’s.

Ms Ulamec said: “Our state-of-the-art NMR machines allowed us to map the interactions made between the master controller region and the rest of the protein. This has revealed a surprising complexity in a protein commonly thought to be without a fixed structure.

“Using NMR we have managed to build a detailed picture of this master controller region, which exerts its effect over NAC by forming key interactions that drive aggregation.

“Future research can also look at whether other proteins involved in different diseases also have master controller regions of aggregation, which could open up new avenues for therapeutic development in several neurodegenerative diseases which involve the aggregation of disordered proteins like alpha-synuclein.”

The paper, titled ‘A short motif 1 in the N-terminal region of α-synuclein is critical for both aggregation and function’, is published today in the journal Nature Structural and Molecular Biology and will be available online here: https://www.nature.com/articles/s41594-020-0384-x

Caption for nematode worms: Left image show the head region of C. elegans worms with potentially harmful aggregations of alpha-synuclein (tagged with green fluorescence). Right image shows worms expressing green alpha-synuclein in which the master control region has been removed, which display a non-harmful, even distribution of the protein.

We are a top ten university for research and impact power in the UK, according to the 2014 Research Excellence Framework, and are in the top 100 of the QS World University Rankings 2020.