Scientists hunt down the brain circuit responsible for alcohol cravings 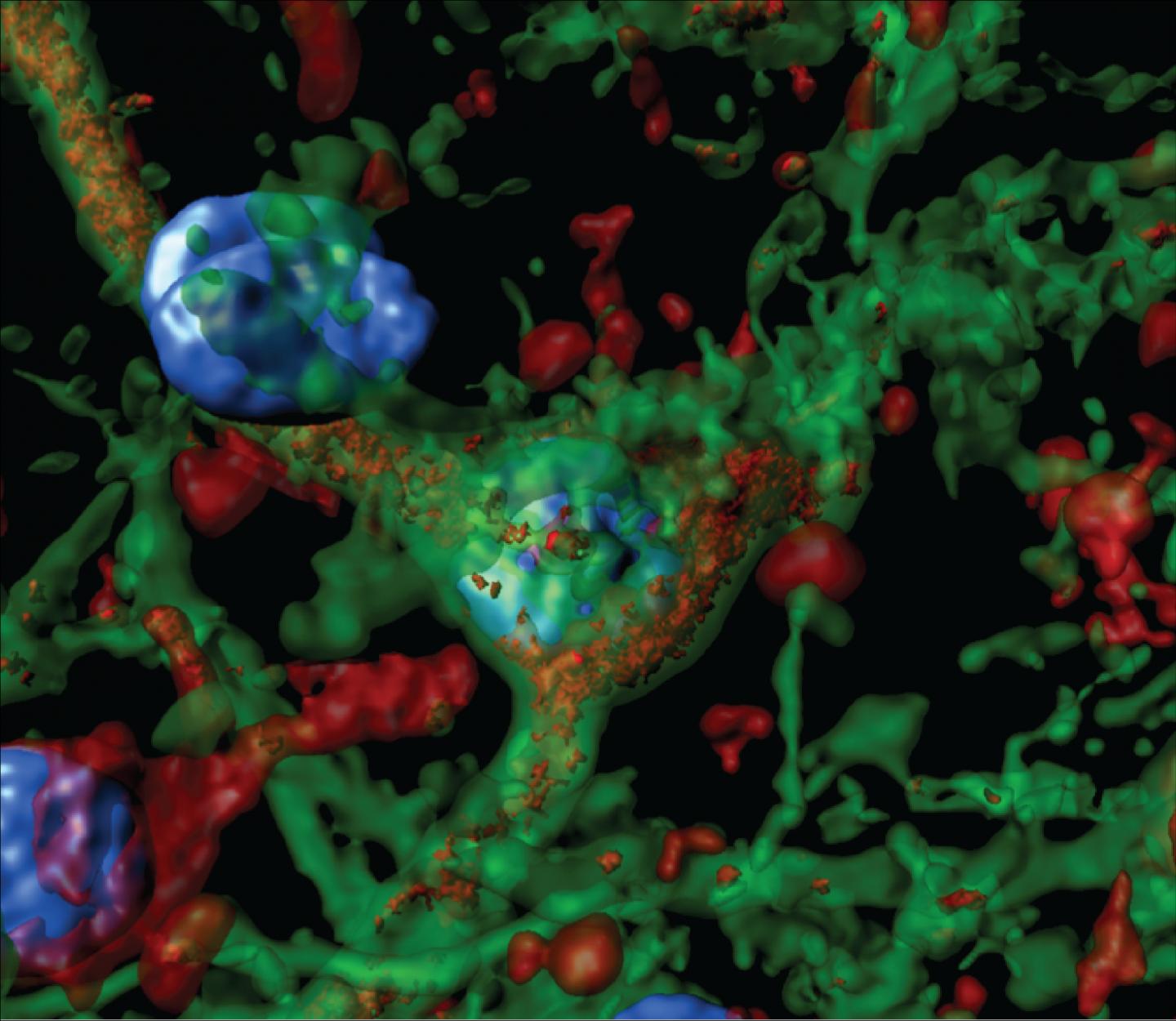 LA JOLLA, CA – March 18, 2019 – Scientists at Scripps Research have found that they can reverse the desire to drink in alcohol-dependent rats–with the flip of a switch. The researchers were able to use lasers to temporarily inactivate a specific neuronal population, reversing alcohol-seeking behavior and even reducing the physical symptoms of withdrawal.

“This discovery is exciting–it means we have another piece of the puzzle to explain the neural mechanism driving alcohol consumption,” says Olivier George, PhD, an associate professor at Scripps Research and senior author of the new study, published March 18, 2019 in the journal Nature Communications.

Although the laser treatment is far from ready for human use, George believes identifying these neurons opens the door to developing drug therapies or even gene therapies for alcohol addiction.

“We need compounds that are specific to this neuronal circuitry,” George says.

According to the National Institute on Alcohol Abuse and Alcoholism, more than 15.1 million adults in the United States suffer from alcohol use disorder. Previous work at Scripps Research has shown that transitioning from casual drinking to dependent drinking occurs alongside fundamental changes in how the brain sends signals. These signals drive the intense cravings that make it so difficult for many people to scale back their alcohol consumption.

George and his colleagues have been hunting for the brain cells that driving drinking in an alcohol-addicted rat model. In 2016, they reported that they had found a possible source: a neuronal “ensemble,” or group of connected cells in a brain region called the central nucleus of the amygdala (CeA). This finding marked major progress in mapping the brain, but the researchers needed to characterize the identity of the neurons in this ensemble.

For the new study, they tested the role of a subset of neurons in the ensemble, called corticotropin-releasing factor (CRF) neurons. The George laboratory had found that these CRF neurons make up 80 percent of the ensemble. Were these neurons the masterminds driving alcohol cravings?

The researchers studied these neurons using optogenetics, a technique that involves the use of light to control cells in living tissue. Rats used in this study were surgically implanted with optic fibers aimed to shine light on the CRF neurons–to inactivate them at the flip of a switch.

First, the scientists established a baseline for how much the rats would drink before they got addicted to alcohol. The rats drank little this point–the equivalent of a glass of wine or one beer for a human. The scientists then spent several months increasing consumption in these rats to establish alcohol dependence.

The researchers then withdrew the alcohol, prompting withdrawal symptoms in the rats. When they offered alcohol again, the rats drank more than ever. The CeA neuronal ensemble was active, telling the rats to drink more.

Then the scientists flipped on the lasers to inactivate the CRF neurons–and the results were dramatic. The rats immediately returned to their pre-dependent drinking levels. The intense motivation to drink had gone away. Inactivating these neurons also reduced the physical symptoms of withdrawal, such as abnormal gait and shaking.

“In this multidisciplinary study, we were able to characterize, target and manipulate a critical subset of neurons responsible for excessive drinking.” says Giordano de Guglielmo, PhD, first author of the study and staff scientist at Scripps Research. “This was a team effort, and while we used challenging techniques, working with experts in the field and with the right tools, made everything easier and enjoyable.”

The effect was even reversible. Turn off the lasers, and the rats returned to their dependent behavior.

From a basic science standpoint, this breakthrough is huge: It reveals wiring in the brain that drives a specific, destructive behavior. George says the next step in translating this work to humans is to find a way to selectively inhibit only these specific CRF neurons, perhaps using a novel or repurposed compound identified using high-throughput screening of large libraries of compounds.

Meanwhile, de Guglielmo plans to take a closer look at the signaling pathways in the brain affected when the CRF neurons are deactivated. The new study shows that reduced drinking is tied to the CRF neurons that send projections to reach another brain region called the bed nucleus of the stria terminalis. De Guglielmo thinks other projections from these neurons may have different roles in alcohol addiction. He is also interested in identifying the role of these brain circuits in opioid addiction.

Additional authors of the study, “Inactivation of a CRF-dependent amygdalofugal pathway reverses addiction-like behaviors in alcohol-dependent rats,” were Marsida Kallupi, Elena Crawford, Sierra Simpson and Paul Schweitzer of Scripps Research; Matthew B. Pomrenze and Robert O. Messing of The University of Texas at Austin; and George F. Koob of the National Institute on Drug Abuse, National Institutes of Health.

Scripps Research ranks as the most influential scientific organization in the world, unparalleled in propelling innovation in science and medicine. Our unique structure merges foundational studies in biology, chemistry and computer science with translational science to produce the next generation of drugs and advances in digital and precision medicine. Scientists in the institute’s five academic research departments work hand-in-hand with researchers of the Scripps Research Translational Institute and Calibr. Together, we cultivate the next generation of scientific leaders and expand the frontiers of knowledge to drive innovation that improves lives around the planet.

Scienmag Sep 13, 2019
Credit: NASA/JAXA/NRL As the Bahamas continue to recover from Category 5 hurricane Dorian, a new…

IDIBELL researchers discover that a molecule of blood is effective…

What are the northern lights? (video)