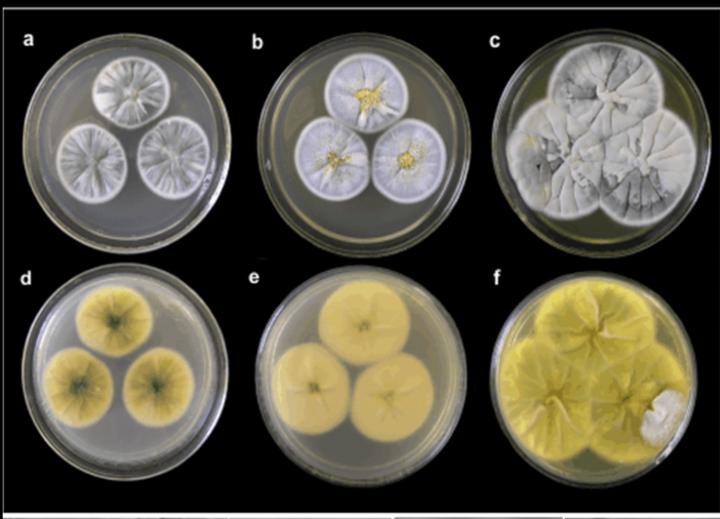 The spotted compounds are the derivatives of aspterric acid which herbicidal activity was previously highlighted in a scientific report published in Nature journal. The authors of the report noted that the acid has a mediocre ability to inhibit plant growth, suggested its analogs promise to be more effective.

“We believe that the compounds isolated could potentially have herbicidal activity since they are the very analogs of aspterric acid, which our foreign colleagues wrote about in Nature. We have not yet been able to check how strongly these properties are expressed in the substances found, but we plan to find it out further. Worth noting, the new herbicidal compounds have not been introduced onto the market for about 30 years”, said Olesya Zhuravleva, Ph.D., Head of the Laboratory of Biologically Active Compounds, FEFU School of Natural Sciences.

The scientist went on that one of the compounds has a pronounced anti-inflammatory activity confirmed by an experiment on macrophage cell lines of mice. In the future, new substances can be useful to the developing of anti-inflammatory drugs.

Scientists are also planning to test all the compounds obtained for antimicrobial activity. If it confirms, the compounds will also become candidates for the development of new antibiotics.

Fungi of the genus Penicillium are one of the most common fungus species on our planet. They grow both on land and in the ocean, where they are associated with seagrass, algae, soil, vertebrate and invertebrate animals.

The previously unknown strain of the fungus Penicillium piltunense KMM4648 was isolated from sea soil collected near the northeast shelf of the Sakhalin Island, The Sea of Okhotsk during a marine expedition on the “Akademik Oparin” research vessel. The strain was described by mycologists of the Laboratory of Microbiology PIBOC FEB RAS, Dr. Mikhail V. Pivkin and Dr. Natalya Kirichuk.

Subsequently, the fungal strain was investigated by researchers of the Laboratory of Biologically Active Compounds of the FEFU School of Natural Sciences, together with colleagues from the Laboratory of Microbial Metabolites of the PIBOC FEB RAS.

The study was supported by a grant from the Russian Science Foundation No. 19-74-10014 (“Micromycetes marine fungus are a promising source of bioactive molecules”, managed by Olesya Zhuravleva, Ph.D.)

Barriers to reintegration lead to poorer health for the formerly incarcerated,

Acousto-optic modulation of photonic bound state in the continuum

Researchers brew a formula for consistent espresso and industry savings

Scienmag May 31, 2019
Thorough characterization demonstrates lasing by direct electrical stimulation of an organic film is possible,…

Separation anxiety no more: A faster technique to purify elements