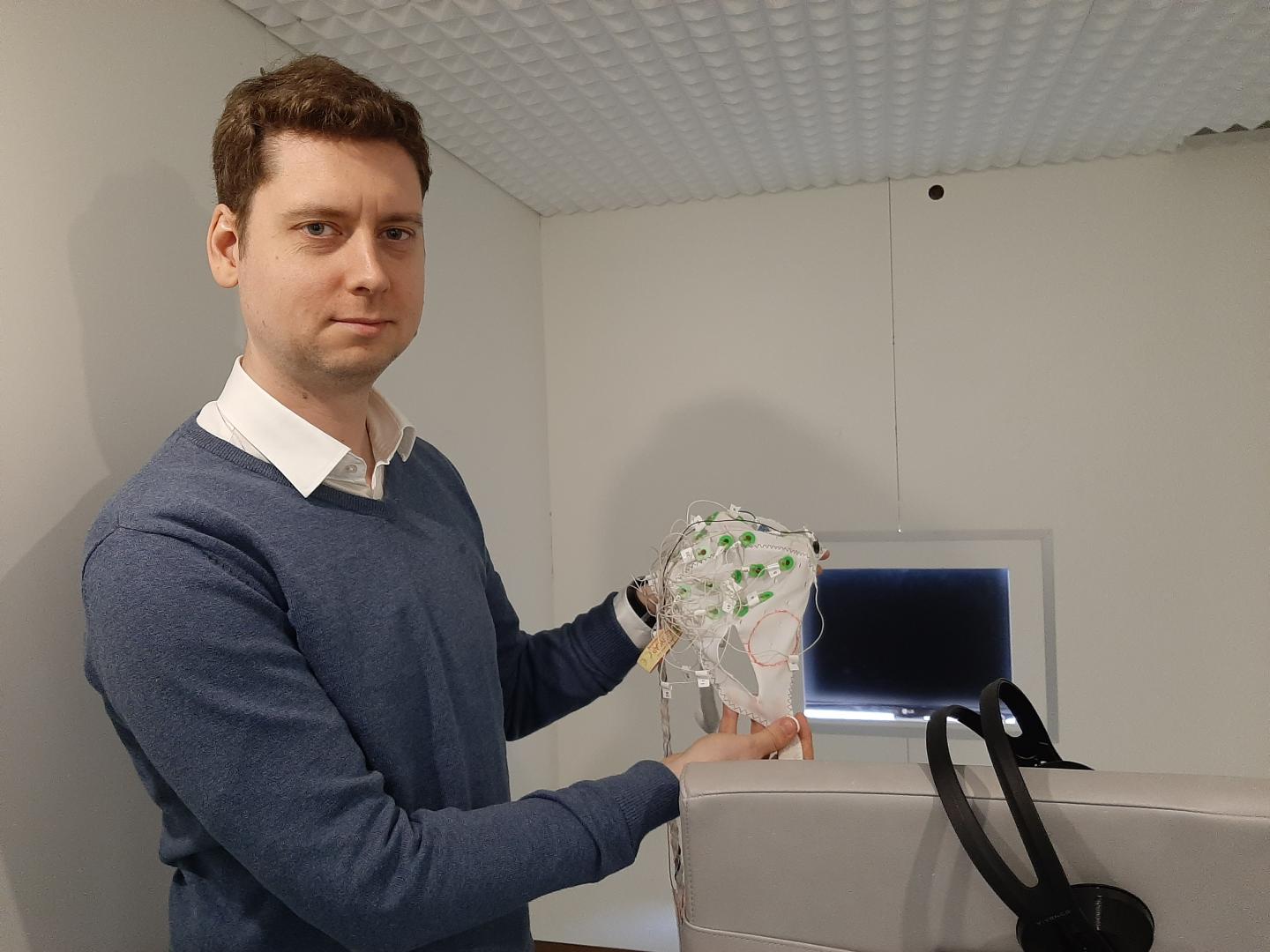 Researchers from University of Tübingen (Tübingen, Germany) and Ural Federal University (Ekaterinburg, Russia) have developed and experimentally tested new method to understand how the brain builds associations between previously unrelated words. The findings are published in Journal of Neurolinguistics.

“We get a neural index of how people learn new associations between words, in fact – a language,” said researcher of Department of Psychology at Ural Federal University and Institute of Medical Psychology and Behavioral Neurobiology at University of Tübingen Yuri Pavlov. “At the same time, this index is completely independent from behavioral responses. The brain itself informs us what it has learnt.”

At first stage of the experiment the participants listened to five pairs of semantically unrelated words, each pair repeated twenty times. To give an example, the participants could hear such word pairs as carriage-text, death-fruit, seriousness-cow. Then, to the freshly learnt pairs, new similarly weird but new pairs were added. The experiment showed that the brain responses to the learnt word pairs rapidly attenuated and, after twenty repetitions, did not differ from the responses to familiar word pairs such as coffee-cream.

In the future, the scientists plan to apply the developed experimental paradigm to patients in disorders of consciousness.

“Perhaps those patients whose brains preserve the ability to learn new semantic associations have a chance to regain consciousness,” said Yuri Pavlov. “Indeed, such an ability depends on a multiverse of cognitive functions such as long-term and working memory, speech perceptionThis means that we can suspect that the underlying anatomical and functional connections within the brain are not entirely destroyed. It is even possible that the patient is conscious, but cannot inform us about this by speech or gestures.”