LA JOLLA— (July 26, 2022) Mitochondria are known as cells’ powerhouses, but mounting evidence suggests they also play a role in inflammation. Scientists from the Salk Institute and UC San Diego published new findings in Immunity on July 26, 2022, where they examined human blood cells and discovered a surprising link between mitochondria, inflammation and DNMT3A and TET2—two genes that normally help regulate blood cell growth but, when mutated, are associated with an increased risk of atherosclerosis. 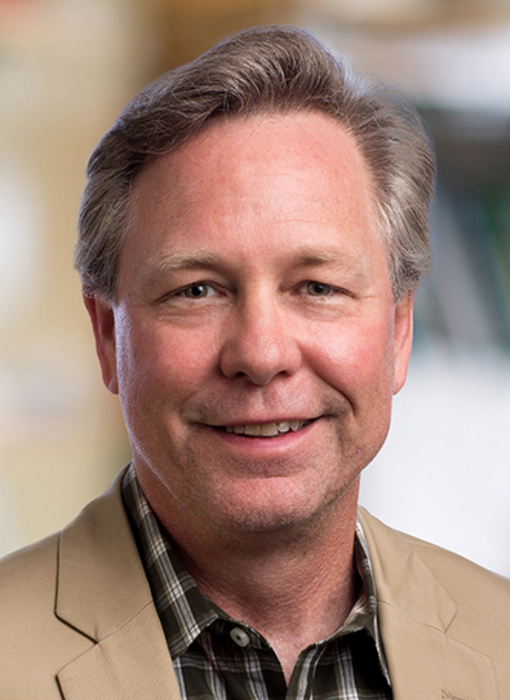 LA JOLLA— (July 26, 2022) Mitochondria are known as cells’ powerhouses, but mounting evidence suggests they also play a role in inflammation. Scientists from the Salk Institute and UC San Diego published new findings in Immunity on July 26, 2022, where they examined human blood cells and discovered a surprising link between mitochondria, inflammation and DNMT3A and TET2—two genes that normally help regulate blood cell growth but, when mutated, are associated with an increased risk of atherosclerosis.

“We found that the genes DNMT3A and TET2, in addition to their normal job of altering chemical tags to regulate DNA, directly activate expression of a gene involved in mitochondrial inflammatory pathways, which hints at a new molecular target for atherosclerosis therapeutics,” says Gerald Shadel, co-senior author, Salk professor and director of the San Diego Nathan Shock Center of Excellence in the Basic Biology of Aging.

The study started when researchers at UC San Diego noted a specific inflammatory response while investigating the roles of DNMT3A and TET2 mutations in clonal hematopoiesis—when mutated immature blood cells give rise to a population of mature blood cells with identical mutations. They reported that abnormal inflammatory signaling was also related to DNMT3A and TET2 deficiency in blood cells that play a major role in inflammation response that promotes the progression of atherosclerosis.

But how the DNMT3A and TET2 genes were involved in inflammation, and possibly atherosclerosis, was unknown.

“The problem was we couldn’t work out how DNMT3A and TET2 were involved because the proteins they code do seemingly opposite things regarding DNA regulation,” says Christopher Glass, co-senior author and professor at the UC San Diego School of Medicine. “Their antagonistic activity led us to believe there may be other mechanisms at play. This prompted us to take a different approach and contact Shadel, who had uncovered the same inflammatory pathway years earlier while examining responses to mitochondrial DNA stress.”

Scientists from the Glass and Shadel labs worked together to better understand why DNMT3A and TET2 mutations led to inflammation responses similar to those observed during mitochondrial DNA stress. The teams applied genetic engineering tools and cell imaging to examine cells from people with normal cells, those with loss of function mutations in DNMT3A or TET2 expression, and those with atherosclerosis.

They found that experimentally reducing the expression of DNMT3A or TET2 in the normal blood cells had similar results to blood cells that had loss of function mutations and blood cells from atherosclerosis patients––an increased inflammatory response. Remarkably, low levels of DNMT3A and TET2 expression in blood cells leads to reduced TFAM expression, which in turn leads to abnormal mitochondria DNA packaging, instigating inflammation due to released mitochondrial DNA.

“We discovered that DNMT3A and TET2 mutations prevent their ability to bind and activate the TFAM gene,” says first author Isidoro Cobo, a postdoctoral researcher in the Glass lab at UC San Diego. “Missing or reducing this binding activity leads to mitochondrial DNA release and an overactive mitochondrial inflammation response, and we believe this may exacerbate plaque buildup in atherosclerosis.”

“It’s very exciting to see our discovery on TFAM depletion causing mitochondrial DNA stress and inflammation now has direct relevance for a disease like atherosclerosis,” says Shadel, who holds the Audrey Geisel Chair in Biomedical Science. “Ever since we revealed this pathway, there has been an explosion of interest in mitochondria being involved in inflammation and many reports linking mitochondrial DNA release to other clinical contexts.”

Therapeutics that target inflammation signaling pathways already exist for many other diseases. Glass and Shadel believe that blocking pathways that exacerbate atherosclerosis in patients with TET2A and DNMT3A mutations could form the basis for new treatments. Next, the scientists will continue investigating this pathway and probe how mitochondrial DNA is involved in other human diseases and aging.