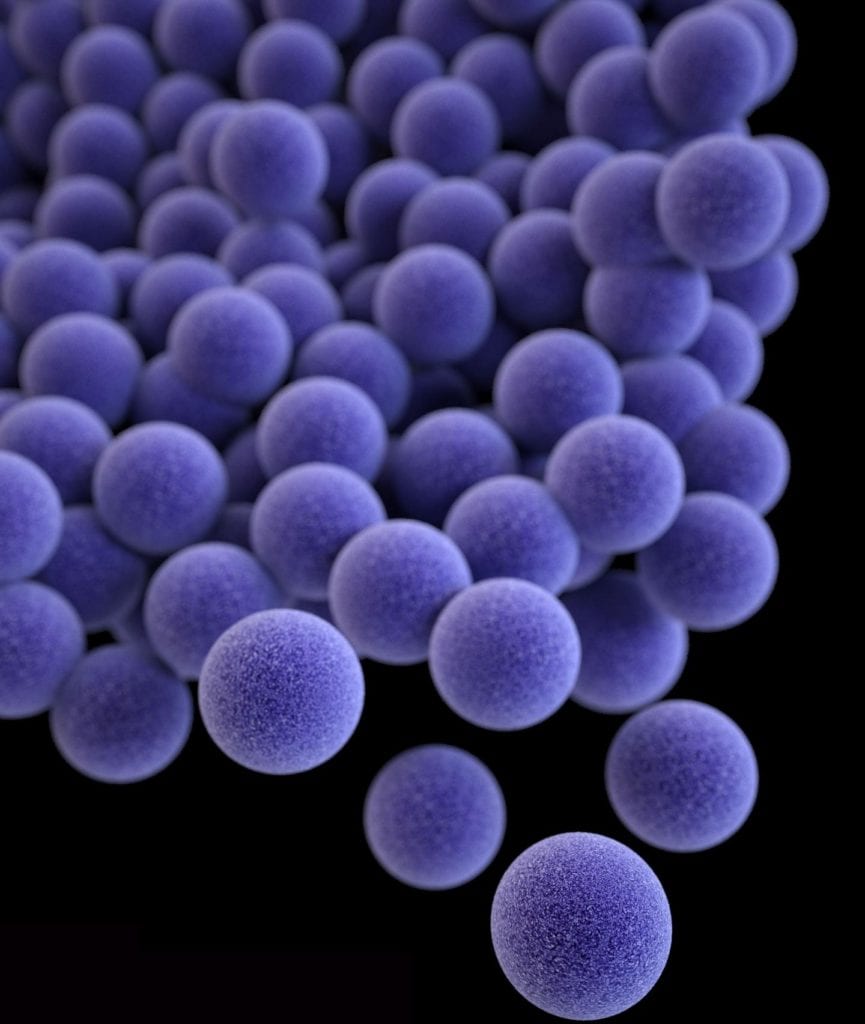 A Rutgers-led team has discovered two genes that make some strains of harmful Staphyloccocus bacteria resistant to treatment by copper, a potent and frequently used antibacterial agent.

The discovery shows that Staphyloccocus aureus can acquire additional genes that promote infections and antibacterial resistance and may open new paths for the development of antibacterial drugs, according to a study in the Journal of Biological Chemistry.

Researchers at Rutgers University-New Brunswick found the two genes in some strains of S. aureus bacteria. The genes protect the germs from copper, which is increasingly used in the global fight against severe infections.

The Staphylococcus aureus bacterium – a leading cause of serious and life-threatening infections in the United States – is highly resistant to antibiotics. Some strains of S. aureus have newly acquired genes embedded in their genome in pieces of DNA called transposons. DNA can be transferred from one organism to another, and transposons help the acquired DNA rapidly become a permanent part of the recipient’s chromosome.

Transposons aid in the spread of genes that can give rise to bacteria that are resistant to antibiotics and more likely to cause disease. The newly discovered genes are encoded within a transposon.

This process likely contributed to the recent North American epidemic of staph infections, according to Jeffrey M. Boyd, study senior author and associate professor in the Department of Biochemistry and Microbiology in Rutgers’ School of Environmental and Biological Sciences.

Copper has been used for thousands of years to sterilize wounds and drinking water, and hospitals recently began using it against bacteria found on medical instruments and other surfaces. But the two newly discovered genes, named copB and copL, encode proteins that help remove copper from S. aureus cells and prevent it from entering.

The genes may promote the survival of S. aureus in settings, such as in hospitals, that could lead to infections – and/or they may lead to S. aureus strains with higher copper resistance.

S. aureus bacteria live on skin. They are a leading cause of serious and life-threatening infections partly because many strains of S. aureus, such as MRSA and VRSA, are highly resistant to antibiotics.

Rutgers scientists, in collaboration with scientists at the University of Buffalo, also revealed the 3D structure of the copL protein in the B. subtilis bacterium, a relative of S. aureus, using nuclear magnetic resonance (NMR) methods. Those methods were also used to identify the area where copper binds to the surface of the protein.

“This structure provides the basis for rational drug design and could lead to a novel path for antibacterial drug discovery,” said co-author Gaetano T. Montelione, Jerome and Lorraine Aresty Chair and a Distinguished Professor in the Department of Molecular Biology and Biochemistry in the School of Arts and Sciences. He is also affiliated with the Center for Advanced Biotechnology and Medicine.