First-of-its-kind telescope promises to shed new light on the physics of high-energy phenomena, from supernovae to dark matter 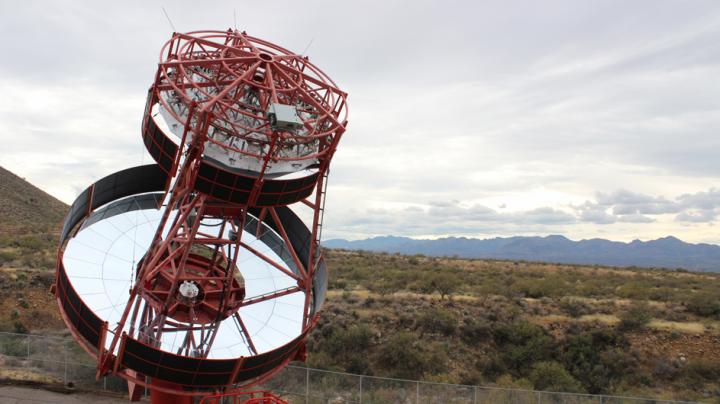 Scientists have detected gamma rays from the Crab Nebula, the most famous of supernova remnants, using a next-generation telescope that opens the door for astrophysicists to study some of the most energetic and unusual objects in the universe.

The prototype Schwarzschild-Couder Telescope (SCT)–developed by scientists at the Columbia University in collaboration with researchers from other institutions–is part of an international effort, known as the Cherenkov Telescope Array (CTA), which aims to construct the world’s largest and most powerful gamma-ray observatory, with more than 100 similar telescopes in the northern and southern hemispheres.

“That we were able to successfully detect the Crab Nebula demonstrates the viability of the novel Schwarzschild-Couder design,” said Brian Humensky, associate professor of physics at Columbia, who worked with a team to design and build the telescope. “It’s been a long journey, so it’s enormously satisfying to see the telescope performing, and we’re excited to see what we can do with it.”

The Crab Nebula, so named because of its tentacle-like structure that resembles a crustacean, is the remnant of a massive star that self-destructed almost a millennium ago in an enormous supernova explosion. The estimated distance to what’s left of this star from Earth is about 6,500 light-years.

Over time the light from the supernova faded away, leaving behind the remains of a powerful, rapidly spinning neutron star, or pulsar, that can still be seen within a cloud of gas, dust and highly energetic subatomic particles, which emit radiation across the electromagnetic spectrum. The most energetic of those particles radiate gamma rays.

While scientists have been using the SCT technology to observe the Crab Nebula since January 2020, the project has been underway for nearly a decade. At its heart is a high-speed, high-resolution camera and a dual-mirror system–more intricate than the one-mirror design traditionally used in gamma-ray telescopes–that work together to enhance the quality of light for greater imaging detail over larger field of view across the sky.

“The camera triggers upon bursts of light that occur when a gamma ray collides with an air molecule, and records these signals at a rate of a billion frames per second,” said Humensky, who collaborated with colleagues at Barnard College to build major components of SCT’s mirror alignment system and develop its control software. “This allows us to reconstruct the gamma rays with extraordinary precision.”

Ribeiro has worked on the telescope since fall 2015, starting through Columbia’s Bridge to the PhD program. “I’ve made seven trips to Arizona, beginning with a three-month stay to integrate the secondary mirror panels with the telescope structure,” he said. “It’s rewarding to be part of this team and to have collected some of the data that led to this first detection.”

The sighting of the Crab Nebula, announced at the 236th meeting of the American Astronomical Society June 1, lays the groundwork for the use of the SCT in the future Cherenkov Telescope Array observatory. Slated for completion in 2026, the observatory, with its configuration of 120 telescopes of varying sizes split between Chile and Spain’s Canary Islands, will detect sources of gamma rays 100 times faster than current instruments.

“The success of the prototype SCT creates an opportunity for the Cherenkov Telescope Array to address and hopefully answer some of the biggest questions in astronomy: What is dark matter? How are the most energetic cosmic rays created?” Humensky said. “It’s exciting to look forward to.”