Many of the benefits people receive from nature depend on diversity within species, but this intraspecific variation is poorly understood and declining rapidly 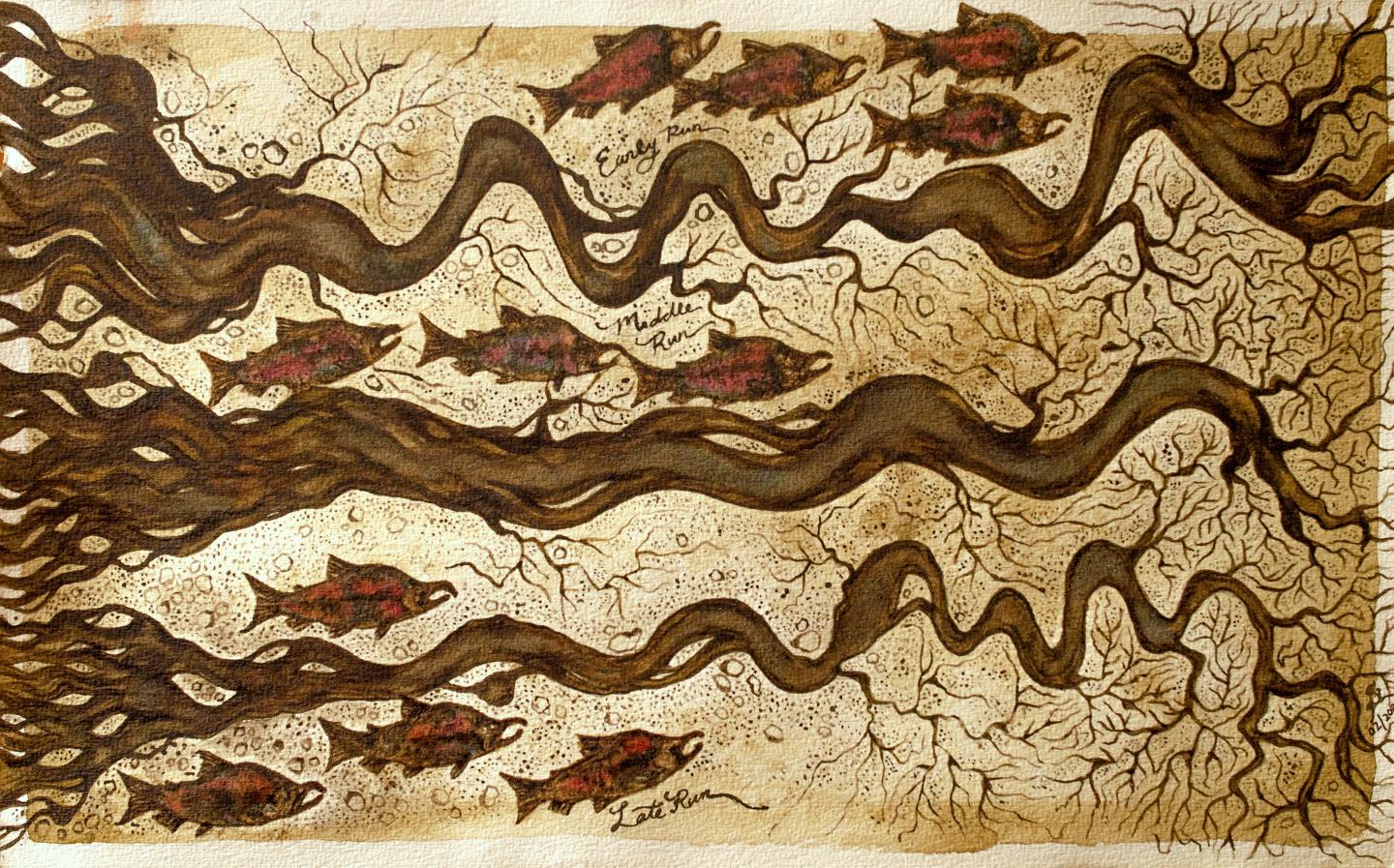 The rapid loss of variation within species is a hidden biodiversity crisis, according to the authors of a new study looking at how this variation supports essential ecological functions and the benefits nature provides for people.

Published March 1 in Nature Ecology and Evolution, the study highlights the need to better understand and conserve variation within species in order to safeguard nature’s contributions to people.

“Biodiversity means more than the number of species, and when we focus on species-level extinctions we are missing part of the story,” said corresponding author Eric Palkovacs, professor of ecology and evolutionary biology at UC Santa Cruz. “Intraspecific variation is a neglected aspect of biodiversity, but it has value for people, and we need to start recognizing that and protecting this form of biodiversity.”

An earlier study led by first author Simone Des Roches, a postdoctoral researcher at UC Santa Cruz now at the University of Washington, showed that the loss of variation within species can have serious ecological consequences. This got Des Roches and Palkovacs thinking about the broader implications of their findings for the values and services nature provides to people, from forest materials and clean water to commercial fisheries and medicines derived from natural products.

For the new study, they surveyed the scientific literature for studies showing how intraspecific variation supports ecosystem services and other aspects of nature’s contributions to people. They found well documented connections across a wide variety of species, including fish and commercial fisheries, insects and crop pollination, woody plants and forestry products, many different crops and their wild ancestors, and more.

“There is a whole suite of documented cases, including several examples of what happens when we lose intraspecific variation,” Palkovacs said. “One of the best examples is commercial fisheries, where diverse fish stocks help to stabilize the overall population.”

Subpopulations of salmon, for example, are locally adapted to the conditions of different watersheds, allowing the overall population to remain stable even as environmental fluctuations cause declines in some subpopulations and increases in others. These “portfolio effects” in salmon are undermined by dams, which block subpopulations from critical spawning habitat, and by hatchery production, which can reduce genetic variation. The loss of intraspecific variation in salmon can lead to boom-bust population cycles that are detrimental to the long-term value of the fishery.

Des Roches noted that people have long depended on variation within domesticated and agriculturally important species. “Our coevolutionary history with hundreds of domesticated species is characterized by our continued selection for unusual and beneficial variants within species,” she said. “We’ve often taken this too far and have thus lost critical genetic diversity in domesticated species. We depend on outbreeding with more genetically variable wild type or ancestral populations (when they exist) to restore this diversity.”

Plants with medicinal value provide other well documented examples of the value of intraspecific variation, Palkovacs said. “Different varieties of the same plant species may have different compounds with different medicinal properties, such as different antimalarial drugs that depend on the genetic diversity of the plants they are derived from.”

The authors emphasized the importance of collaborating with local and indigenous groups who have deep knowledge of the relationships between intraspecific variation and the natural products and services they use. “We need to take advantage of the local knowledge systems to inform our understanding of these connections,” Palkovacs said.

He noted that Western science has focused overwhelmingly on species-level extinctions, and only the most well-studied groups of organisms have been characterized from the standpoint of intraspecific variation. Of all the species evaluated by the International Union for Conservation of Nature (IUCN), for example, only about 1 percent have been evaluated below the species level, and many of those show precipitous declines in diversity.

“There is strong evidence that the loss of intraspecific variation may be a very widespread problem, but we don’t even know what is being lost,” Palkovacs said.

There are practical steps that can be taken now, he said, to better document this variation, preserve biodiversity, and protect its contributions to the wellbeing of people. New genomic tools, for example, are available to quickly and systematically characterize the variation within species. This intraspecific variation can be directly incorporated into biodiversity assessments, such as those done by the IUCN and the Intergovernmental Science-Policy Platform on Biodiversity and Ecosystem Services (IPBES).

Addressing this aspect of biodiversity should be a major goal of global conservation efforts, the authors said. “The available evidence strongly suggests that the benefits of studying and conserving intraspecific variation will far outweigh the costs,” Palkovacs said.

He noted that variation within species is the raw material of adaptive evolution. In a rapidly changing world, this variation is critically important to enable species to adapt to the conditions of an unpredictable future.

In addition to Palkovacs and Des Roches, the coauthors of the paper include environmental economist Linwood Pendleton, senior vice president for science at the Centre for the 4th Industrial Revolution, and Beth Shapiro, professor of ecology and evolutionary biology at UC Santa Cruz and a Howard Hughes Medical Institute investigator. This work was supported by the University of California and NOAA.