Films consist of natural ingredients, they are healthy-safe and water-solubility 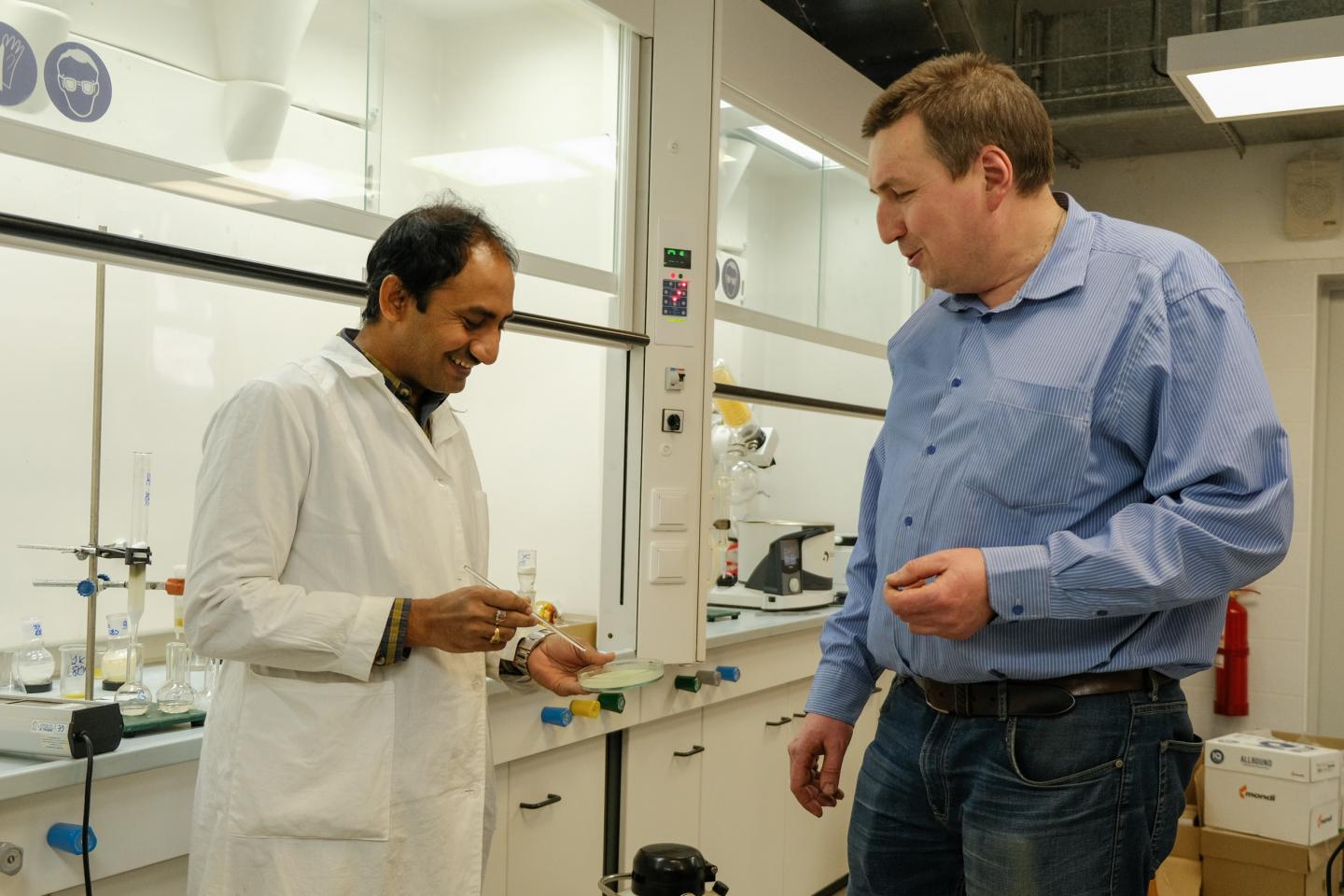 An international group of scientists from India and Russia has created edible food films for packaging fruits, vegetables, poultry, meat, and seafood. Films consist of natural ingredients, they are safe for health and the environment. In addition, films are water-soluble and dissolve by almost 90% in 24 hours. Description of the research and results of experiments are published in the Journal of Food Engineering.

“We have created three types of food films based on the well-known naturally occurring seaweed biopolymer sodium alginate,” said Rammohan Aluru, senior researcher Organic synthesis laboratory at Ural Federal University and co-author of the paper. “Its molecules have film-forming properties. Sodium alginate is an auspicious carbohydrate macromolecule that has the potential film-forming properties upon hydrolysis and abundantly existed in cell walls as a mixture of various salts. The greatest advantage of sodium alginate is that it performs as liquid-gel in an aqueous medium.”

Alginate molecules were cross-linked with a natural antioxidant ferulic acid. It makes the film not only strong, but also homogeneous, more rigid, and prolongs the life of the products.

“Food stays fresh longer due to the antioxidant components that slow down the oxidation processes,” said Grigory Zyryanov, professor of the Department of Organic and Biomolecular Chemistry at Ural Federal University. “In addition, we can add to the films natural antiviral agents, that will also extend the shelf life of food. Garlic, turmeric, and ginger contain compounds that may prevent the spread of the viruses.”

According to the authors, no special equipment for the production of films is required. On an industrial scale, it can be created by food products and films manufacturers.

“It can also be produced at a polymer production plant. The only condition is that it must meet the standards that apply to food production. And if an inexhaustible source of algae the ocean is nearby it will be quite simple to create such films,” said Grigory Zyryanov.

Scientists from the Sri Venkateswara and Sri Padmavati Mahila Viswavidyalayam Universities (Tirupati, India), Ural Federal University and Ural Branch of the RAS (Ekaterinburg, Russia) worked on the creation of the films. The research was supported by the University Grants Commission (New Delhi, India, Rajiv Gandhi National Scholarship F1-17.1 / 2016-17 / RGNF-2015-17-SC -AND-18494 / SAIII) and the Central Institute of Plastics Engineering and Technology (Vijayawada, India).

Sodium alginate is a well-known edible biopolymer of natural origin used as a thickener and stabilizer (food additive E401), used as a thickener or stabilizer. Ferulic acid (a derivative of cinnamic acid) has a wide range of pharmacological properties, in particular, anti-inflammatory, antitumor, antitoxic, hepato- and cardioprotective, antiviral and antibacterial ones, which is mainly due to the antioxidant properties of this acid.