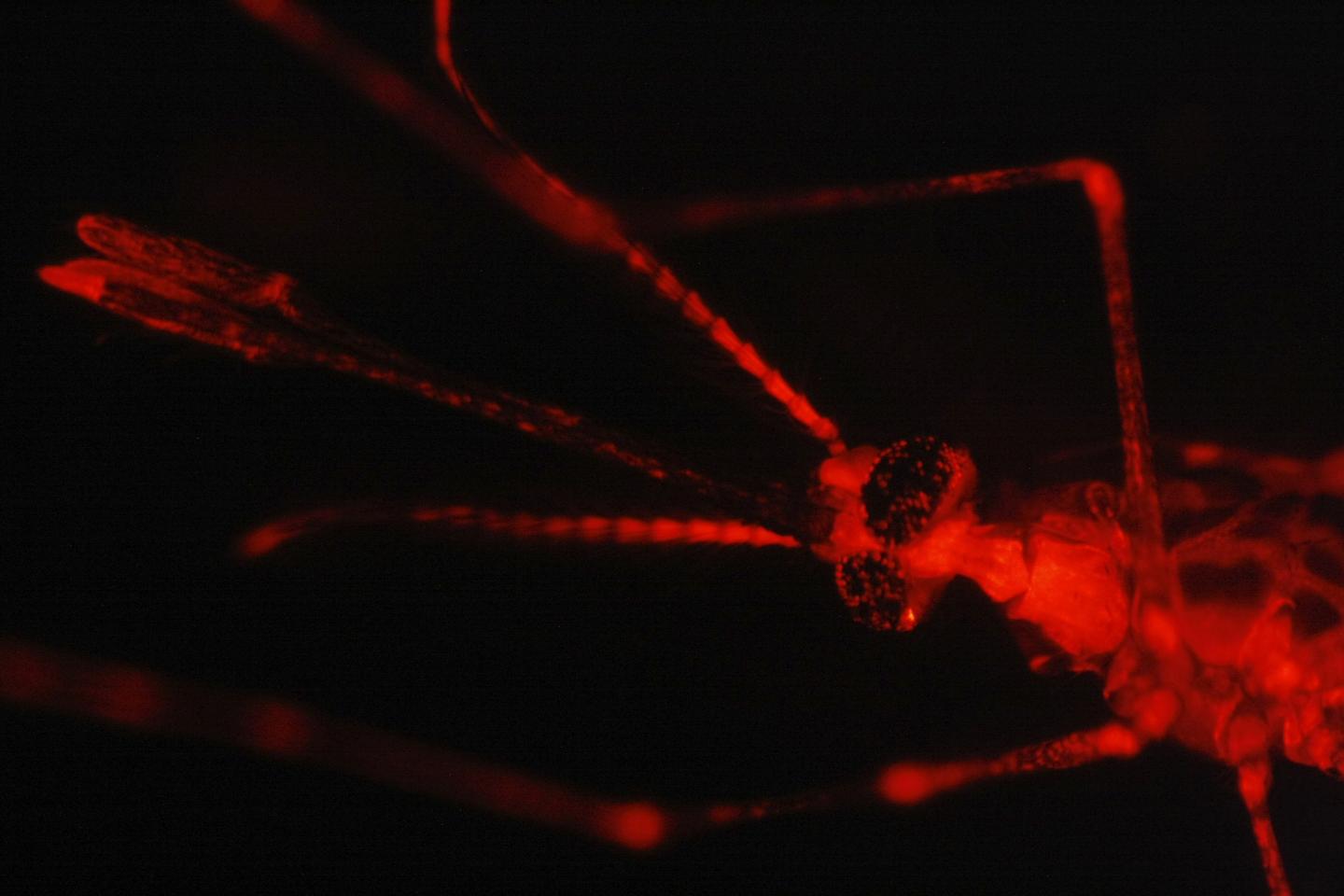 Researchers at LSTM have genetically modified malaria carrying mosquitoes in order to demonstrate the role of particular genes in conferring insecticide resistance.

For the first time the team characterised three genes (Cyp6m2, Cyp6p3 and Gste2) most often associated with insecticide resistance directly by their overproduction in genetically modified Anopheles gambiae. LSTM’s Dr Gareth Lycett is senior author on a paper published today in the journal PNAS. He explained: “Malaria is resurging again in Africa as mosquitoes become highly resistant to insecticides that are used to create bednets and spray household surfaces.”

To help find the causes of this increased resistance first author, Dr Adriana Adolfi, and her colleagues at LSTM generated genetically modified mosquitoes that overproduce specific enzymes that previous work at LSTM had identified as potential candidates in this process of acquiring insecticide resistance. This breakthrough work has found that increased production of just these three genes can between them cause the mosquitoes to become resistant to all four classes of public health insecticides currently being used in malaria control.

Dr Lycett continued: “These data validate the particular genes as excellent markers for resistance, giving us much needed tools to monitor the growing problem effectively through molecular testing. The super-resistant mosquitoes generated are now also being used test new insecticides to find compounds that escape the activity of these enzymes and so can successfully to be incorporated in next generation bednets to again provide effective protection for users and the wider community.”