Science Explains How It Feels To Be A Cat

There are over 74 million cats in American households. These cute and furry companions light up the lives of cat parents in nearly 40 percent of homes in the United States. If you are one of these passionate cat owners, you know that their actions can be confusing. If cat behavior has you baffled, check out the following science-backed information to learn how it feels to be a cat. 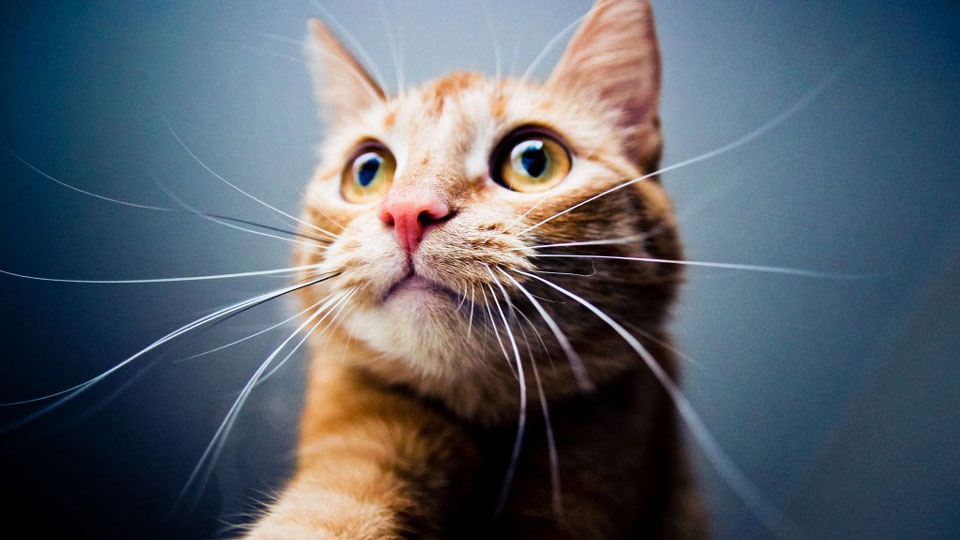 Cats see things that are invisible to us

Have you ever visited a nightclub that uses black (UV) light? This UV light is outside of the range of light that we as humans can perceive. However, when black light shines on an item that contains phosphors, such as laundry detergent, cosmetics, urine or blood, we can see the reflection of the light.

According to a new study published in the Proceedings of the Royal Society B, cats and some other mammals can see this ultraviolet (UV) light. Thus, our feline friends can see things that are invisible to humans such as urine trails, flickering lights on power lines and distinct patterns on flowers. This explains why your cat is afraid of the invisible boogieman.

Cats can be neurotic and impulsive bullies

If you are a cat, you feel like a lion. It is not surprising that the domestic cat evolved from the wild cats of Africa. According to a study by the Bronx Zoo and researchers at the University of Edinburgh, domestic cats exhibit personality traits similar to their larger counterparts, such as the Scottish wildcat, clouded leopard, snow leopard and African Lion. Specifically, this study found that domestic cats show dominance, impulsiveness, and neuroticism, much like the larger wild cats. In fact, domestic cats were reported to commonly exhibit traits such as bullying and aggressiveness.

Cats want to kill their toys

Cats are driven by their hunting instincts. According to cat researcher and author of the best seller Cat Sense, John Bradshaw indicates that play behavior mimics hunting behavior. He found that cats prefer furry, feathered toys that represent mice and spiders. In fact, he found that cats interact differently with mouse-shaped toys as opposed to rat-shaped toys. For example, cats are more careful with the larger rat-shaped toys, keeping them at arm’s length, because of their perceived danger. Also, he observed that cats’ enthusiasm for play increases when they are hungry.

Cats can read your mood

If you are a cat and your human returns home grumpy, you might feel like hiding in the closet. According to a study by Moriah Galvan and Jennifer Vonk of Oakland University in Rochester, Michigan, cats behave differently when their owners are smiling compared to when they were frowning. In the study, when cats saw that their owners were smiling, they exhibited affectionate behaviors such as purring or crawling into an owner’s lap. If the owner engaged in a negatively charged conversation or frowned during the study, the affectionate behaviors of the cats were less likely to occur. Naturally, cats use their emotional intelligence to their advantage. They know when you are in a good mood so they will give you some extra affection in exchange for a special treat.

Cats are just not into you

According to research by Daniel Mills, domestic cats do not show the signs of attachment that you would expect to their owners. In his research, he placed the pets in an unfamiliar room with their owner, a stranger and alone. Typically, with dogs and humans, the owner or parent is perceived as a secure base and the person or pet that are left alone or with a stranger exhibit distress. In the case of cats, they are relatively indifferent when left alone or with a stranger. In fact, the cats were just as happy to play with a stranger than their owner. He states that the human might just be a source of resources, such as food, water and safety to the cat. The good news is because of their independence and indifference, cats are great companions for those who work long hours or travel.

Do you remember how it felt to be in high school? This is how it feels to be in a cat colony. We typically think of domestic cats as solitary animals, but according to the American Association of Feline Practitioners, they are actually social animals. They form colonies that are similar to lion prides. They have hierarchies and it isn’t easy for a new cat to join a colony, especially for tomcats. New cats are typically driven away when attempting to join in, but can be gradually integrated over time if accepted by the group.

The above post is reprinted from materials provided by lifehacks.org

The most viewed videos in Spain about COVID-19 on YouTube

Changing climate linked to major changes in flooding across Europe