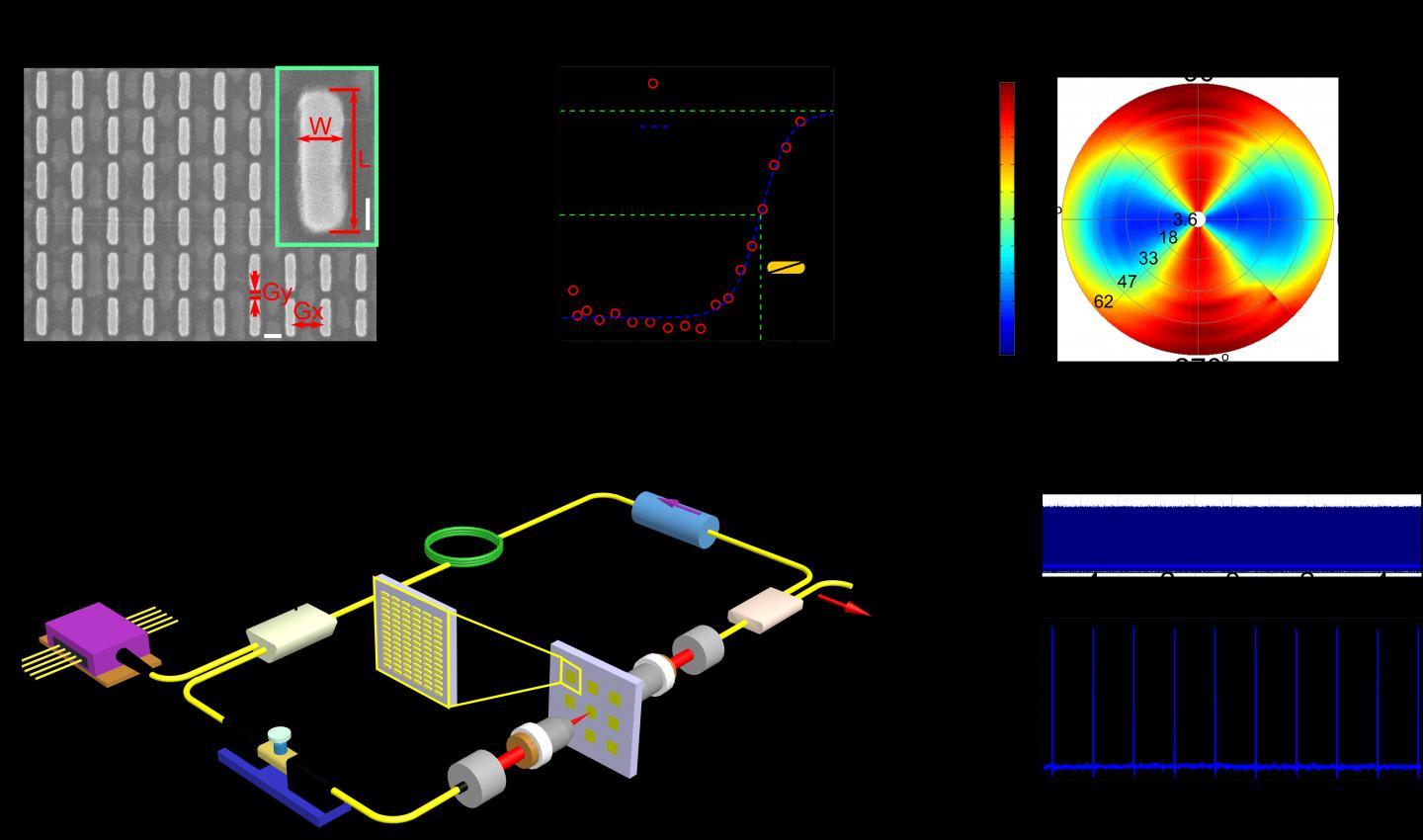 Plasmonic metasurfaces are artificial 2D sheets of plasmonic unit cells repeated in a subwavelength array, which give rise to unexpected wave properties that do not exist in nature. In the linear regime, their applications in wavefront manipulation for lensing, holography or polarization control have been intensively studied. However, applications in the nonlinear regime have been rarely reported. Considering the growing demand for saturable absorbers – a special class of nonlinear devices in which transparency (or absorption) depends on light intensity – for ultrafast lasers and neuromorphic circuits, scientists from France, China and Brazil have developed plasmonic metasurfaces providing a remarkably efficient saturable absorption which can be tuned with the polarization of light.

In a new paper published in Light: Science & Applications, scientists from Laboratoire Interdisciplinaire Carnot de Bourgogne, at Université Bourgogne– Franche-Comté, France, from Key Laboratory of 3D Micro/Nano Fabrication and Characterization of Zhejiang Province, School of Engineering, Westlake University, China, and co-workers from Department of Electrotechnology, Federal Institute of Bahia, Brazil, employed planar nanotechnologies to fabricate 2D plasmonic metasurfaces with the precise size, gap and orientation and thus well-controlled plasmonic mode that chemically synthesized counterparts barely handle. The nonlinear saturable absorption under intense laser pumping was systematically investigated by altering the excitation power, the polarization and the geometrical parameters of the plasmonic metasurfaces. The link between the polarimetric saturable absorption and the plasmonic landscape of the metasurfaces has been quantified. More interestingly, the researchers implemented the saturable metasurfaces into a fiber laser cavity architecture and achieved a stable self-starting ultrashort laser pulse generation.

“The key point is to find the quantitative relationship between the nonlinear absorption and the specific plasmonic modes and this might only be achieved by using planar nanotechnologies to fabricate the plasmonic metasurfaces, e. g. electron-beam lithography, rather than simply spin-coating the colloidal nanoparticles onto the fiber or dipping the fiber into the nanoparticles solutions.” Dr. Cluzel said.

By integrating the plasmonic metasurfaces within a free-space section of the fiber laser architecture, the researchers finally obtained a stable self-starting mode-locked laser operation. The typical duration of a single soliton pulse is 729 fs, with a large signal-to-noise ratio of 75 dB in the radio-frequency domain.

“We validated saturable absorption as a general nonlinear optical property of metal nanostructures, a well-known phenomenon for semiconductors. More importantly, we demonstrated a promising application for nonlinear plasmonics, a way most of related studies paid few attentions to.” Dr. Jiyong Wang added.