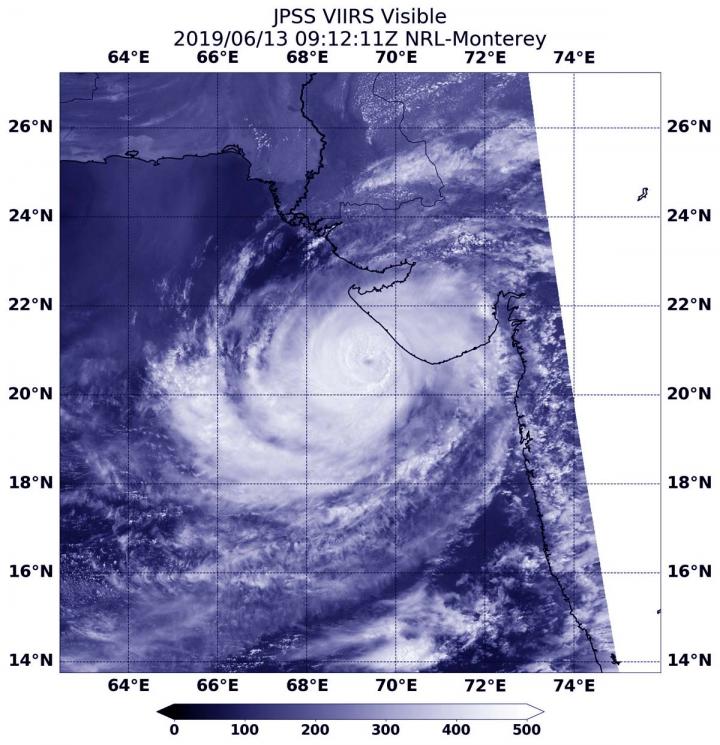 Tropical Cyclone Vayu’s eye was just off the western coast of India when the NOAA-20 satellite passed overhead and captured a visible image of the storm.

The Visible Infrared Imaging Radiometer Suite (VIIRS) instrument aboard the NOAA-20 polar orbiting satellite provided a visible image of the storm. The VIIRS image revealed an eye surrounded by powerful thunderstorms. However, the majority of the strongest storms appeared to be displaced southwest of the eye.

The Joint Typhoon Warning Center or JTWC noted that dry air is wrapping into the system, which will limit its ability to intensify further.

JTWC forecasters noted that “the track is expected to shift westward in the near term as another subtropical ridge (elongated area of high pressure) located over Saudi Arabia builds in to the northwest. In one and a half days, increasing outside winds and more dry air moving into the system is expected to begin weakening it.

Bystanders will intervene to help victims of aggressive public disputes

Transmission of divine knowledge in the sapiential Thanksgiving Psalms…