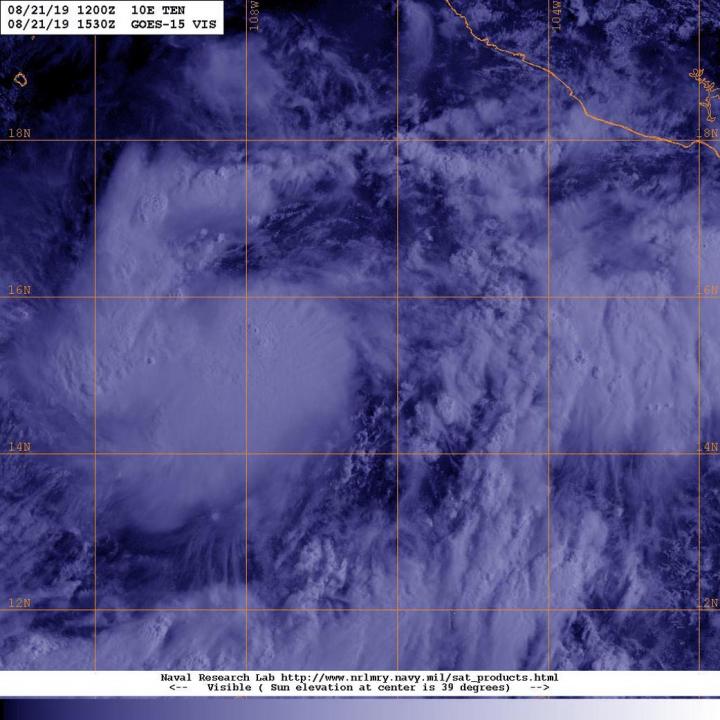 Tropical Depression 10E has formed in the Eastern Pacific Ocean and the GOES-West satellite caught its formation far from the Baja Peninsula.

At 11 a.m. EDT (1500 UTC), the center of Tropical Depression Ten-E was located near latitude 15.4 degrees north and longitude 107.3 degrees west. That’s about 545 miles (875 km) south-southeast of the southern tip of Baja California, Mexico.

NOAA’s National Hurricane Center or NHC said the depression is moving toward the west-northwest near 18 mph (30 kph). A turn to the northwest along with a decrease in forward speed is expected by Thursday, Aug. 22. Maximum sustained winds are near 35 mph (55 kph) with higher gusts. The estimated minimum central pressure is 1007 millibars.

NHC said, “Steady strengthening is forecast for the next couple of days and the depression is expected to become a tropical storm by tonight, and a hurricane by Friday.”

Are we really protecting rivers from pollution? It’s hard to say, and that’s a problem

Biomarker may aid in determining treatment for cancer patients