Satellite images display changes in the condition of European forests 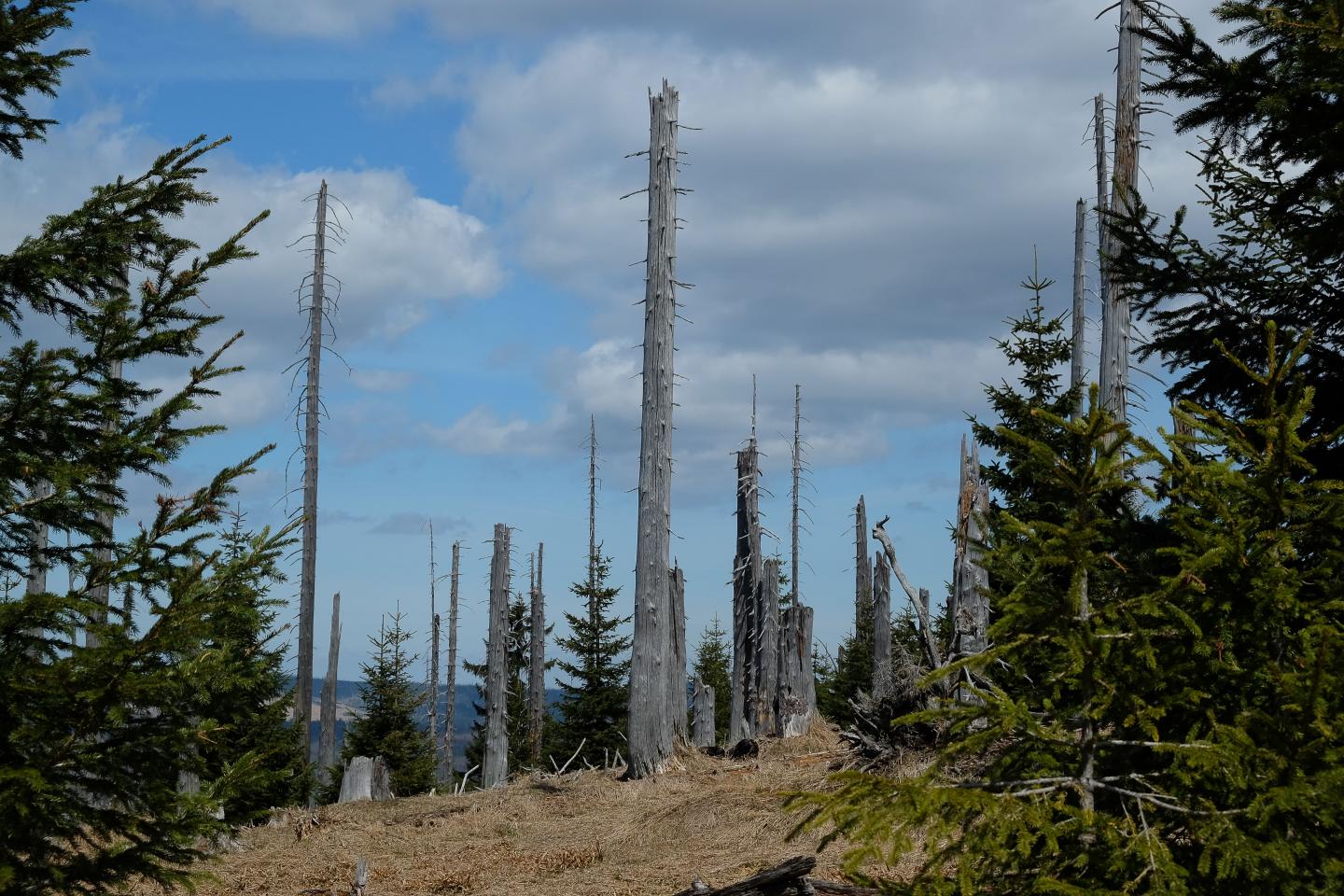 Rupert Seidl (Professor of Ecosystem Dynamics and Forest Management in Mountain Landscapes at TUM) and his colleague Cornelius Senf (lead author of the study) for the first time produced a high-resolution map of all openings in the canopy of European forests. They have analyzed more than 30,000 satellite images and identified more than 36 million areas where large trees have given way to open spaces of young trees. This corresponds to a loss of the canopy in 17 percent of the European forests in 30 years.

For example, Sweden has the largest canopy openings (averaging almost two hectares) while Portugal has the highest number of canopy openings. Switzerland has the smallest openings with just 0.6 hectares on average (which is smaller than a soccer field) while the average size opening in Germany is 0.7 hectares and in Italy 0.75 hectares. The largest opening documented by the researchers is in Spain, where a single fire in 2012 burned 17,000 hectares.

The novel map the team has created also makes it possible to describe changes in forest conditions. The researchers have found, for example, that throughout Europe forests have become more open and the frequency of forests being interrupted by open spaces has increased. In addition, the openings themselves on average have increased in size primarily due to wind storms and forest fires in recent years.

In such areas, however, the tendency is that more trees are surviving due to the availability of seed material. This, in turn, promotes the recovery of forests after a disturbance and can be seen as an indication of the increase in low-intensity forestry in Europe, where only single trees or crops of trees are taken rather than clear cutting large areas.

Therefore, despite the major changes in Europe’s forests, the researchers see positive developments. As Cornelius Senf has said, “In most cases, new, young trees grow up after a loss of the old stand.” However, he goes on to say: “To understand where forests may be at risk of irreversible damage, we need a baseline as a reference. This is provided by the newly created map.”

Professor Rupert Seidl adds: “The new maps help us to understand how Europe’s forests are changing. After all, increasing opening in the canopy pose a risk to the forest, but also other opportunities for new generations of trees that are better adapted to climate change to establish themselves. Among other things, the maps can help to identify areas where regeneration needs to be promoted through targeted planting or where the forests can rejuvenate themselves. In this way, the forest can be made fit for climate change – a task that, especially in the last two years, has gained in urgency.”