LA JOLLA, CALIF. – Nov 15, 2021 – In the first study of its kind, researchers from Sanford Burnham Prebys have uncovered molecular changes within the aging brains of individuals with Down syndrome that could help explain their cognitive challenges, including the uniform development of Alzheimer’s disease in these individuals later in life. The findings, published in the Proceedings of the National Academy of Science, could help pave the way for new therapies to aid people with Down syndrome and Alzheimer’s disease. 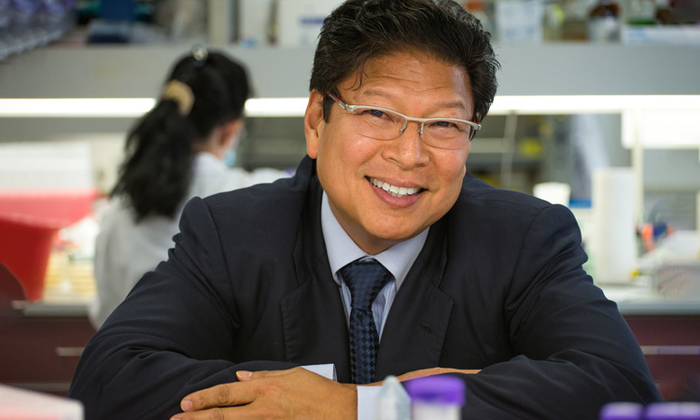 LA JOLLA, CALIF. – Nov 15, 2021 – In the first study of its kind, researchers from Sanford Burnham Prebys have uncovered molecular changes within the aging brains of individuals with Down syndrome that could help explain their cognitive challenges, including the uniform development of Alzheimer’s disease in these individuals later in life. The findings, published in the Proceedings of the National Academy of Science, could help pave the way for new therapies to aid people with Down syndrome and Alzheimer’s disease.

An old question requires new techniques
Down syndrome, also known as trisomy 21, occurs when the body has an extra copy of human chromosome 21, resulting in three copies instead of the usual two. Occurring in about one in 700 births, it is the most common chromosomal disorder. In addition to their lifelong cognitive challenges, all people with Down syndrome are exceptionally vulnerable to neurodegeneration later in life.

“By the time they’re in their 40s, every single person with Down syndrome will experience some Alzheimer’s pathology,” Chun says. “We asked what happens in the brain before Alzheimer’s disease takes hold.”

While some of the genes and biochemical pathways involved in the development of Alzheimer’s in people with Down syndrome have been identified, the bigger picture—the cellular and molecular changes that are responsible for triggering these pathways—remains a mystery.

To investigate this question, Chun and his team analyzed 29 post-mortem Down syndrome brains using a method called single-nucleus transcriptomics, which looks at the RNA molecules within single cells. Because RNA encodes for proteins, knowing the RNA sequence reveals which proteins are likely being produced. And while this technique is being used widely in many fields, it has never been used in the Down syndrome brain. In addition, the paper represents the first published use of long-read sequencing in the human brain, a more accurate and less error-prone gene sequencing method.

“Our study revealed unappreciated changes in brain cell types involving hundreds of thousands of never-before-seen RNAs that can’t be seen using standard techniques,” says Chun. “These can now be considered toward understanding the brain.”

The Down syndrome brain is a rich molecular landscape
The team found several unique aspects of the Down syndrome brain that could help pinpoint the origin of Down syndrome cognitive challenges and Alzheimer’s. First, they found that in Down syndrome, there are more inhibitory than excitatory neurons in the brain overall, meaning that there are more neurons that block the brain’s electrical signals than those that trigger them. They also found early and sustained increases in activated microglia, a type of brain cell that is an emerging target for treating common forms of Alzheimer’s disease.

“We could see these microglial features in young brains, well before Alzheimer’s occurs,” says Chun. “This finding identifies microglia as a prominent and early player in the Down syndrome brain.”

The team also found special signatures in thousands of RNAs called intra-exonic junctions, where protein-coding sections of genetic material join together to form new molecules. These junctions had only been previously seen in one gene, called APP, alterations of which are thought to cause Alzheimer’s.

“It will take more studies to confirm whether these novel RNAs reflect somatic gene recombination or come from some other source,” Chun says. “But given what we’ve found before in Alzheimer’s brains, this new Down syndrome evidence points in that direction, and we are excited to investigate it further.”

The best may be yet to come
Although the work is far from over, the research is an unprecedented step forward in looking at the neurobiology of Down syndrome across the lifespan, creating new avenues of research.

“It’s wonderful that people with Down syndrome are living longer now than at any point in history, and we hope our research ultimately contributes to their improved quality of life at all ages,” says Chun. “We are grateful to the brain donors, as well as their families, for helping our team and other researchers continue to shape our understanding of both Down syndrome and Alzheimer’s disease.”

About Sanford Burnham Prebys Medical Discovery Institute
Sanford Burnham Prebys is a preeminent, independent biomedical research institute dedicated to understanding human biology and disease and advancing scientific discoveries to profoundly impact human health. For more than 40 years, our research has produced breakthroughs in cancer, neuroscience, immunology and children’s diseases, and is anchored by our NCI-designated Cancer Center and advanced drug discovery capabilities. For more information, visit us at SBPdiscovery.org or on Facebook facebook.com/SBPdiscovery and on Twitter @SBPdiscovery.