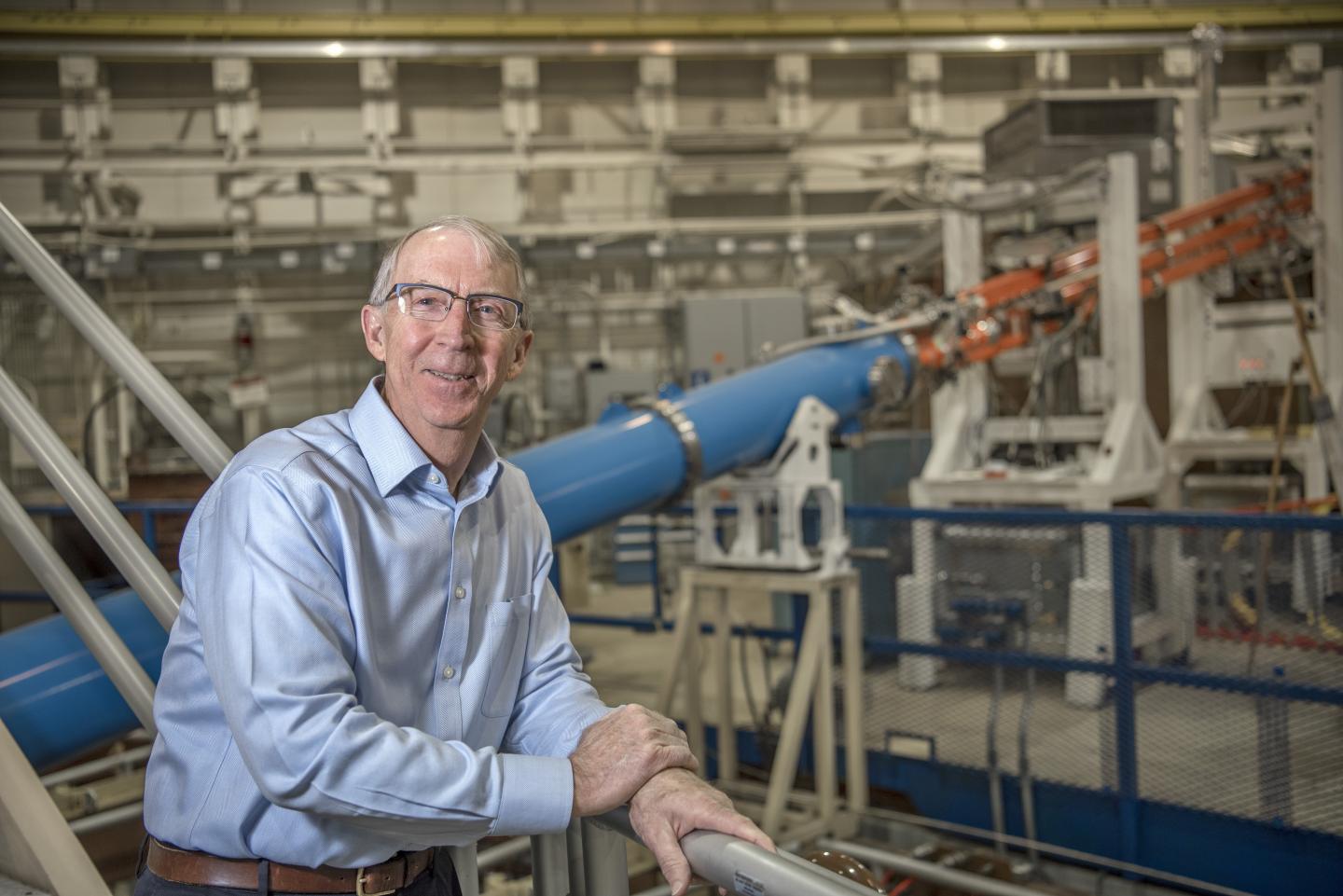 ALBUQUERQUE, N.M. — Sandia National Laboratories Fellow Keith Matzen has been awarded the 2019 Distinguished Career Award by Fusion Power Associates, a national nonprofit research and educational foundation, for his many contributions to the laboratory development of nuclear fusion.

The foundation annually brings together senior U.S. and international fusion experts to review the status of fusion research and consider ways to move forward. Its goal is to provide timely information on the status of fusion development and other applications of plasma science. Matzen was honored at the group’s annual meeting in Washington, D.C., in December.

“For many years at Los Alamos, I knew the name Keith Matzen as being synonymous with pulsed power ICF (inertial confinement fusion). This honor is well deserved, given Keith’s many years of contribution to both ICF and to Sandia,” said Sandia Associate Laboratories Director Susan Seestrom, the labs’ chief research officer.

Inertial confinement fusion creates energy by rapidly heating and compressing a fuel target, typically in the form of a pellet that most often contains a mixture of deuterium and tritium.

Among Matzen’s many achievements was his proposal and subsequent leadership in the mid-1990s to convert the Sandia particle-beam fusion accelerator known as PBFA-II to the pulsed-power machine now referred to, worldwide, as Z. Less than two months after the completed conversion in 1996, Z — which makes use of a powerful magnetic field that accompanies its large electrical current — established worldwide record levels of X-ray energy and power during its nanoseconds-long implosions called Z-pinches. (“Z” because the implosion takes place in the vertical plane.)

Z experiments have provided insights into the properties of materials at extreme temperature and pressure conditions, the effects of intense radiation on materials and thermonuclear fusion in both national security applications and in astrophysics and planetary science. Z’s efficient delivery of energy to fusion targets has made the method called “pulsed-power, magnetic direct drive” a strong candidate for ultimately achieving high-yield fusion in the laboratory, a goal of scientists worldwide.

While a manager at Z, Matzen recruited and mentored scientists whom he encouraged to innovate and take technical risks, which proved effective in stimulating new ideas. More than 90% of the experiments conducted on Z today were not envisioned when PBFA II was converted to Z.

As director of Sandia’s pulsed-power sciences, Matzen oversaw the refurbishment of Z, a $90 million project completed in 2007 on time and on budget.

Matzen grew up in Nebraska and earned a doctorate in molecular kinetic theory from Iowa State University. He was elected a fellow of the American Physical Society in 1997. In 2011, he was presented with the Fusion Power Associates Leadership Award.

He was appointed Sandia Fellow in 2018. Only 15 Sandia employees have achieved that rank in the 70-year history of the laboratories.

Classification system based on co-occurring conditions may provide insight into…

Pitt and CMU researchers developing device to hear how neurons…