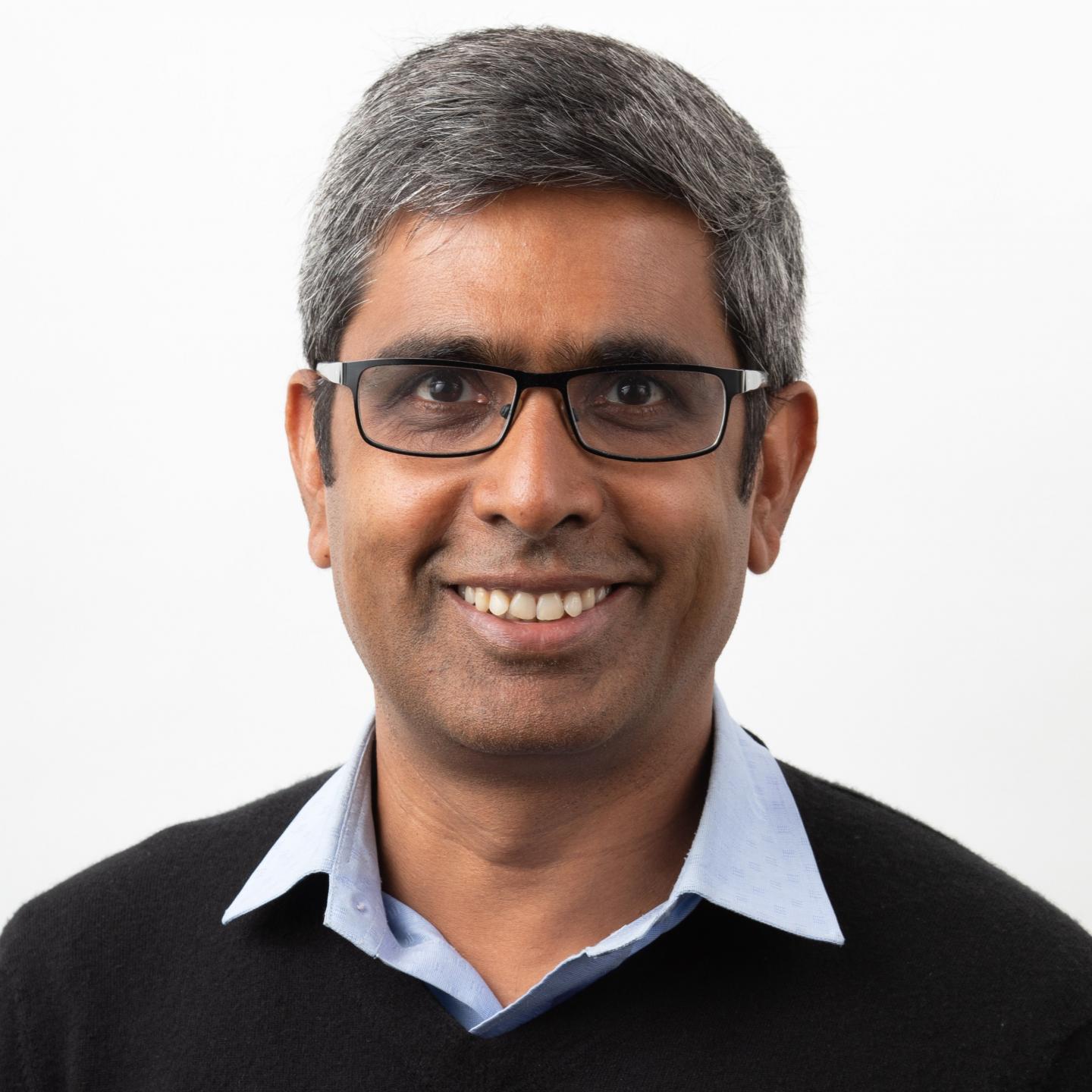 LA JOLLA–(February 25, 2021) Professors Satchin Panda and Tatyana Sharpee have both been recognized for their contributions and dedication to advancing science through research by being named to endowed chairs at the Salk Institute.

Satchin Panda, named to the Rita and Richard Atkinson Chair, is a biologist who explores the genes, molecules and cells that maintain the circadian timekeeping system, the internal program that orchestrates processes in the body, from digestion to cognitive functions, at appropriate times of the day.

A small region of the brain called the suprachiasmatic nucleus (SCN) lies at the center of the body’s master clock and receives input directly from a novel set of blue-light sensing neurons in the eyes, keeping the rest of the body on schedule. Panda discovered how these light sensors measure ambient light level and modulate brain functions underlying circadian rhythm, sleep, alertness, and depression. This fundamental discovery has inspired a new wave of translational research to use light quality and brightness to improve sleep, mood and alertness. Application of this discovery in human health ranges from tuning the brightness of digital devices to lighting in hospitals, retirement homes and even the space station.

Panda’s recent research on the interface between circadian rhythm and nutrition sensing has been distilled to the concept that eating within a set window of time (8-12 hours) called “time-restricted eating” (or, in popular media, intermittent fasting) sustains robust circadian rhythms that can lead to a plethora of health benefits including the prevention and management of diabetes, hypertension, heart disease, cancer and dementia. As these chronic age-related diseases afflict more than a billion people worldwide, his findings could have a profound impact on treating obesity, diabetes or conditions linked to inflammation, such as infections or cancer. He is also exploring pharmacological approaches targeting the circadian clock as a novel strategy to treat some intractable cancers such as glioblastoma.

“I am deeply honored to be the recipient of the Rita and Richard Atkinson Chair. Their gift enables my research program to pursue new ideas leading to the discovery of biological principles that foster human health and reduce the burdens of disease,” says Panda, a member of Salk’s Regulatory Biology Laboratory.

The Rita and Richard Atkinson Chair was established by the Atkinsons in 2013 to recognize outstanding individuals who are making fundamental contributions to the advancement of science that will impact human health. Rita Atkinson passed away in January 2021.

“We are very grateful to the Atkinsons for their longtime support of Salk science,” says President Rusty Gage. “This chair appointment, in recognition of Satchin’s scientific advances and leadership, is an especially fitting tribute to Rita’s interest in promoting health and education.”

Tatyana Sharpee, named to the Edwin K. Hunter Chair, is a neurobiologist and data scientist who seeks to understand how the brain and other biological systems work to efficiently process signals from the environment and select the best actions. Inefficiencies in this processing can lead to a number of psychiatric and neurodegenerative conditions, as well as contribute to aging. Sharpee is using advanced methods from information theory, mathematics, statistics and physics to chart the principles by which the brain’s billions of neurons exchange energy and information. One of her recent findings includes the demonstration that signals in the brain and within individual cells follow specific patterns that allow for efficient signal transmission within biological systems. This makes it possible to identify a small number of control signals with which to describe and manipulate the function of individual cells within the nervous system.

Another recent finding describes how neural circuits should be connected to best operate in dynamic environments, and the critical role that inhibitory neurons (those that suppress signals in other neurons) play in dynamically modifying neural circuits. Overall, Sharpee’s future research plans are directed at further exploring how signals are organized in the brain and how we can slow down the aging processes.

“I am deeply humbled to be the recipient of the Edwin K. Hunter Chair. Mr. Edwin K. Hunter has been a staunch supporter of quantitative research in biological sciences and has worked tirelessly to promote the participation of women in quantitative sciences. His support will make it possible for us to pursue novel areas of research, including the circuit motifs in the brain that make us human,” says Sharpee, a member of Salk’s Computational Neurobiology Laboratory.

The Edwin K. Hunter Chair was established in 2013 thanks to a generous philanthropic collaboration of the Olive Tupper Foundation, the Chambers Medical Foundation, the Jenkins Family Charitable Institute, and the Joe W. and Dorothy Dorsett Brown Foundation. It is named for Edwin K. Hunter, attorney and member of the Salk Institute Board of Trustees. Hunter’s contributions to Salk include serving as the Chair of Salk’s Annual Tax Seminar since 2010.

“Tatyana exemplifies the unification of physics and mathematics with other sciences to produce new insights into how life works. Her innovations translate into a healthier, more productive humankind. Tatyana is a role model for young women considering careers in any STEM discipline,” says Edwin K. Hunter.