LA JOLLA—(September 14, 2021) Researchers at the Salk Institute’s Harnessing Plants Initiative (HPI) have established a five-year, $6.2 million collaboration with Nadia Shakoor, principal investigator and senior research scientist and her team at the Donald Danforth Plant Science Center to identify and develop sorghum plants that can better capture and store atmospheric carbon. 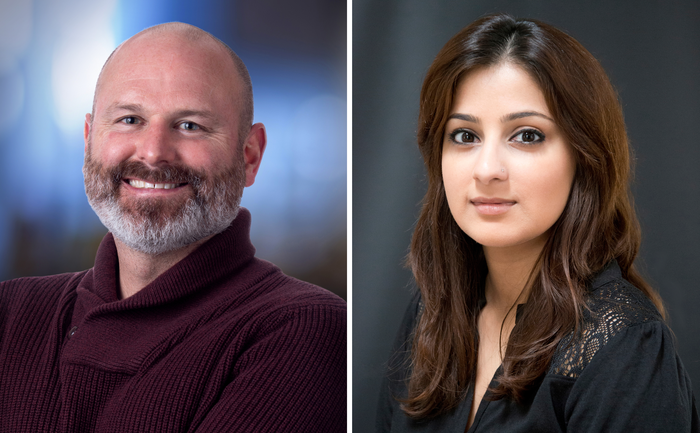 LA JOLLA—(September 14, 2021) Researchers at the Salk Institute’s Harnessing Plants Initiative (HPI) have established a five-year, $6.2 million collaboration with Nadia Shakoor, principal investigator and senior research scientist and her team at the Donald Danforth Plant Science Center to identify and develop sorghum plants that can better capture and store atmospheric carbon.

The work, which will first involve gaining a better understanding of the genetics of sorghum, fits into the broader goal of HPI to address climate change by optimizing the ability of crop plants to remove carbon from the atmosphere and store it deeply in the ground for long periods.

“The Harnessing Plants Initiative is excited to partner with the Danforth Plant Science Center, which, like Salk, is a world leader in applying basic plant research to solve important problems such as climate change,” says Todd Michael, a research professor in Salk’s Plant Molecular and Cellular Biology Laboratory and a member of the HPI team.

Sorghum, one of the top five cereal crops in the world, already has a variety of uses—as a gluten-free grain for humans, livestock feed, biofuel and sweet sorghum syrup, for instance. Farmers in the U.S. planted nearly seven million acres of sorghum in 2021. It’s also known as an environmentally friendly, drought-resistant plant, making it an ideal crop to optimize for carbon capture.

Shakoor, an expert in sorghum genetics, has developed high-tech sensors to monitor plants’ environments and growth in real-time. Using these sensors and other crop phenotyping methods in the greenhouse and field, Shakoor’s team will identify varieties of sorghum that already have the traits needed for optimized carbon capture—such as large, deep root systems to store and move carbon into the surrounding soil. Michael and his colleagues at Salk will then analyze the genetic material of these plants and, together with Shakoor, work to identify which promising sorghum lines to select and further breed.

“Our research community has the opportunity to use cutting-edge science and innovation to help change the course of climate change,” says Shakoor. “Sorghum is an incredible plant that holds great promise as a carbon-sequestering crop. We believe sorghum can be optimized to potentially capture and store more carbon and, combined with its inherent traits such as drought tolerance, make a positive contribution to both food security resiliency and the mitigation of negative climate impact. I greatly appreciate the support of HPI to undertake this research.”

Over the five-year collaboration period, the research teams aim to go through multiple iterations of plant breeding and genetic analysis to develop a sorghum plant that is more efficient at capturing carbon. An external advisory board and joint steering committee with representatives from research and across the sorghum value chain will be formed to support the project.

Founded in 1998, the Donald Danforth Plant Science Center is a not-for-profit research institute with a mission to improve the human condition through plant science. Research, education and outreach aim to have impact at the nexus of food security and the environment, and position the St. Louis region as a world center for plant science. The Center’s work is funded through competitive grants from many sources, including the National Science Foundation, National Institutes of Health, U.S. Department of Energy, U.S. Agency for International Development, and the Bill & Melinda Gates Foundation. Follow us on Twitter at @DanforthCenter.