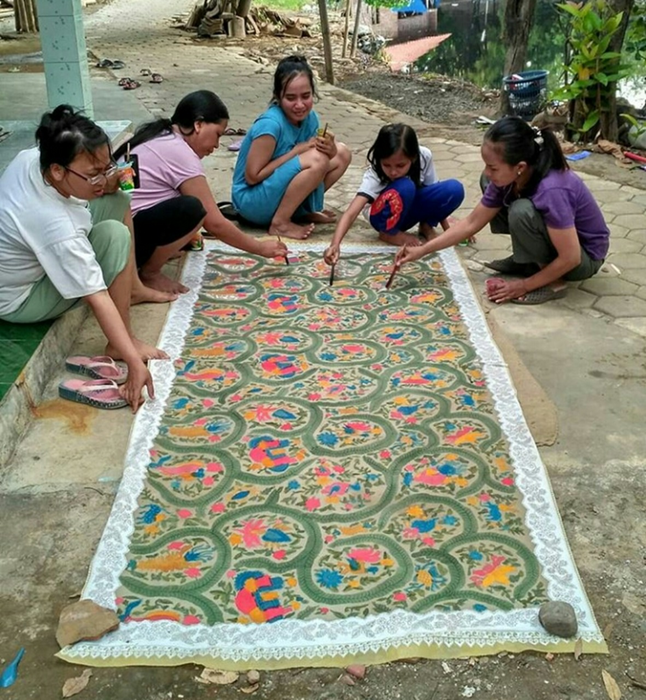 Researchers led by Professor Mihoko Matsuyuki and based at Yokohama National University published their findings on the efficacy of PKH in August 2022 in International Journal of Disaster Risk Reduction.

PKH was established by the Indonesian government as a conditional cash program to reduce poverty and inequality. It is one of Indonesia’s largest social assistance programs, topping $681 million in 2016.

Matsuyuki and Dr. Irene Sondang Fitrinitia, a first and corresponding author, aimed to better understand the relationship between conditional cash programs for households considered poor by regional standards and their abilities to cope, preserving their quality of life following flooding and other disasters.

“Poor people are vulnerable to natural disasters, and improving their adaptive capacity against natural disasters is a big challenge in developing countries,” Fitrinitia said. “The problems of poverty and impact of disasters are linked, so the measures to assist them must also be interconnected.”

The paper notes that there are at least 325 million impoverished people living in 49 countries that will be most exposed to a range of natural disasters and extreme climates, and those are the people most likely to experience adverse long-term impacts, leaving them with lost assets and income and an even lower standard of living. “Disaster management cannot be solved by only one or two interventions,” Fitrinitia said. “There must be synergy with other programs, such as social protection. Furthermore, it is crucial to incorporate poverty reduction and disaster risk reduction approaches to develop an inclusive and effective way of developing the livelihood capitals and resilience of poor people.”

The study on PKH focused on the disaster-prone city of Pekalongan, Indonesia, a coastal city on Java Island. The researchers chose to focus on traditional cloth laborers, given that Pekelongan is one of the largest centers for the traditional Indonesian cloth industry. Serious floods have stopped cloth protection several times over the past 10 years, making these workers especially vulnerable to further downward social mobility. The study examined government assistance, which for the study’s purposes was designated social protection (SP) across the subcategories of financial capital, social capital, physical capital, and human capital.

Pekelongan implemented PKH in 2012, and in 2020 there was another large flood in which water reached a record high. A survey was conducted among low-income cloth workers in flood-prone areas and among those affected by the 2020 floods. Local administrators were hired and trained to administer the survey. Survey responses distributed over eight coastal villages were received, and the researchers measured quality of life indicators to show their livelihood capitals before and after the 2020 flood such as ability to rebuild permanent housing and ability to work and generate income for their families. Overall the existing program of PKH was shown effective in helping disaster victims strengthen financial capital, however it did not significantly affect human or physical capitals. Future studies, Matsuyuki said, might include an analysis of SP that aims to encourage skills and training in certain aspects of livelihood like micro economic practices, something PKH doesn’t currently offer.

“The findings and the topic of integration in disaster research and social protection are still relatively early,” Matsuyuki said. “Furthermore, applied steps through pilot programs are essential to ensure that cross-cutting mechanisms can be adopted by the poverty and natural disaster assistance sectors. The ultimate goal is to develop policies and programs that integrate social protection and pro-poor disaster preparedness in developing countries, thereby addressing poverty issues among the poor while enhancing their disaster response capacity.”

Role of social protection in coping strategies for floods in poor households: A case study on the impact of Program Keluarga Harapan on labor households in Indonesia