The research team of the IKBFU developed a fundamentally new method of manufacturing laser optics, which is based on the use of rare-earth metal ions of ytterbium and its oxide 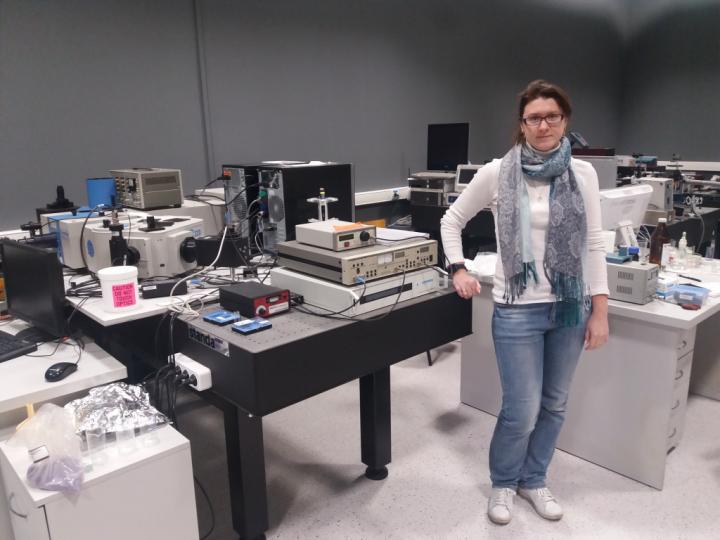 The research team of the IKBFU developed a fundamentally new method of manufacturing laser optics, which is based on the use of rare-earth metal ions of ytterbium and its oxide. The results of the work of scientists were recently published in the scientific journal Optics Communications.

Senior Researcher of the “Fabrika” Science and Technology Park, Ph.D. in Physics Anna Tsibulnikova told us:

“During the experiments, it was found that the trivalent ytterbium ion, interacting with the same ion, glows red under infrared radiation. Previously, such a glow mechanism was observed only in systems containing several ions of various rare earth elements. For example, ytterbium, thulium, holmium, erbium. This means that it has become possible to significantly simplify and cheapen the production of laser optics. Rare earth metals are very expensive material, so using only ytterbium oxide in the production of laser media can provide significant savings”

However, the new method is not only good for this. According to Anna Tsibulnikova, the obtained fine powder is easily incorporated into the glass medium, giving it new optical properties. And its ability to withstand ultra-high temperatures (up to a thousand degrees Celsius) and low temperatures (77K) allows generation of powerful red laser radiation.

The scientist thinks that the new technologies may be used not only in laser construction but also in night-vision goggles production. Powdered on the basis of ytterbium oxide, the powder will be able to generate a strong stream of red light, which will make the image much sharper than in devices whose lenses are made using traditional technologies.

The creation of this “Wonder Powder” was possible thanks to cutting-edge equipment of the “Fabrika” Science and Technology Park. Now the IKBFU scientists work on creating new optical environments, that will increase the power of lasers. New discoveries and publications are yet to come.

Improving the electrical and mechanical properties of carbon-nanotube-based fibers

Scienmag Dec 19, 2019
Credit: Photo by John Mark Arnold on Unsplash Scientists of the Department of Food Science and Technology, School…