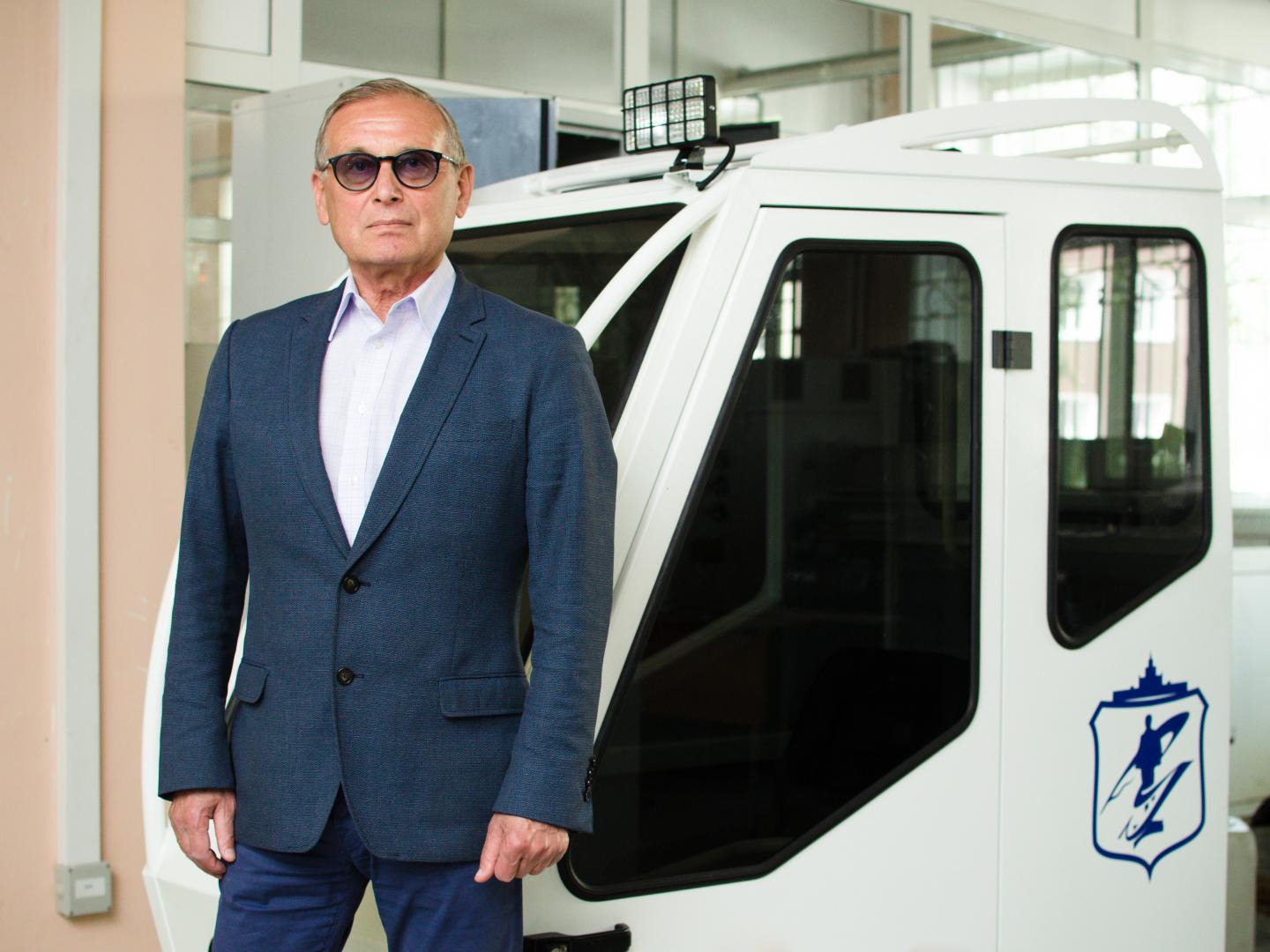 A motor bus, which will allow to travel around the Far North in any conditions, as well as survive in case of an accident, is being engineered at the UIREC by SUSU scientists jointly with their colleagues from Bauman Moscow State Technical University. No analogues to such transport exist right now, that is why great opportunities open before the engineers.

The Arctic region takes up one fifth part of the territory of the Russian Federation. More than two million people live there, and they regularly face transportation problems. The thing is that either crew-change buses, or wheeled or tracked cross-country vehicles are used in the Arctic. The former ones cannot handle snow blockades, and the latter ones have insufficient passenger capacity.

The “Arctic bus” is designed to cope with these problems. This project is being fulfilled by South Ural State University jointly with Bauman Moscow State Technical University, and their industrial partner URAL Automobile Plant, Miass. There are no analogues to such bus now: it can run on earth roads, off-road, and on scow cover all year round; and in case of emergency, it will ensure the survival of the people riding it.

“This bus is needed to transport people in the conditions of the Far North at extremely low temperatures, as well as to transport equipment. In case of emergencies, the bus will provide a self-sufficient life support for the period of 24 hours until help comes. In addition, the Arctic bus can float on water during one hour while people are evacuated,” shared Candidate of Sciences (Engineering), Director of the SUSU Mechanical Engineering Research Institute Ramil Zakirov.

Bauman Moscow State Technical University is working on the chassis configuration of the bus – a crucial part, which includes the wheels, axle, suspension, frame, and body. SUSU scientists are supervising the general set-up of the bus cab: the arrangement of all the main units and aggregates, semi-trailer and tractive unit; and they are also engineering the quarters module. In addition, specialists from South Ural State University have already estimated the economic feasibility of the project fulfilment, as well as the marketing research on it. The results allow to continue this work.

The “Arctic Bus” project is being fulfilled within the activities of the World-class Ural Interregional Research and Education Centre for Advanced Industrial Technologies and Materials.

South Ural State University (SUSU) is a university of digital transformations, where innovative research is conducted in most of the priority fields of science and technology development. In accordance with the strategy of scientific and technological development of the Russian Federation, the university is focused on the development of big scientific interdisciplinary projects in the field of digital industry, materials science, and ecology. In the Year of Science and Technology, it will take part in the competition under the Priority-2030 program. The university acts as a regional project office of the World-class Ural Interregional Research and Education Centre (UIREC).