RSV vaccination of pregnant women could prevent pneumonia in babies

Immunizing pregnant women with a potential vaccine against Respiratory Syncytial Virus (RSV) could prevent the most common cause of pneumonia in their babies. 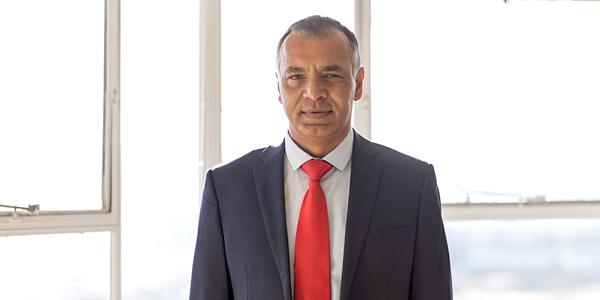 Immunising pregnant women with a potential vaccine against RSV could prevent the most common cause of pneumonia in their babies.

Professor Shabir A. Madhi of the University of the Witwatersrand, Johannesburg, is the lead author of a study published in the prestigious New England Journal of Medicine on Thursday, 30 July 2020.

Wits Professor of Vaccinology is lead author of an article in NEJM today about vaccinating pregnant women against Respiratory Syncytial Virus.

“Of particular interest is an analysis of the data by sub-populations, which suggests that the vaccine better protects infants born to women from low- and middle-income countries [LMICs], such as South Africa. These participants constituted more than two-thirds of those enrolled,” says Madhi.

The RSV vaccine administered in the study is a nanoparticle vaccine developed by Novavax (Maryland, USA). Although the vaccine did not fulfil the stringent criteria for licensure by the U.S. Food and Drug Administration, the study itself provides the first evidence that maternal vaccination could protect infants against RSV illness.

“The Prepare™ Phase 3 clinical trial was highly instructive, demonstrating a maternal immunisation strategy is viable, and modulating RSV disease in this way could have beneficial long-term impacts”, says Dr Gregory M. Glenn, President of Research and Development of Novavax. “We are continuing to explore options to move the programme forward and bring ResVax to market globally with commercial partners.”

Infants most vulnerable to respiratory viruses

Covid-19 has dominated the news headlines recently to the point that concern for other infectious diseases, , many of which disproportionately affect those living in low- and middle-income countries such as South Africa, is significantly reduced.

Babies and young children, who often suffer the greatest consequences of illness and death from respiratory pathogens, are fortunately and remarkably spared from severe Covid-19 illness.

“However, children under five and particularly infants up to six months old are at greatest risk of developing lung infections [pneumonia] due to a multitude of other respiratory viruses and bacteria,” says Madhi.

Respiratory Syncytial Virus was first discovered in the 1960s as a cause of lower respiratory tract infection (LRTI) in childhood. In 2019, another large multicentre study reported that approximately one-third of pneumonia hospitalisations in infants are due to RSV.

In South Africa, approximately 178 000 to 443 000 children under five-years-old will develop RSV LRTI annually. Notably, approximately 45% of all severe RSV hospitalisations and deaths occur in infants under six months old. These episodes would be difficult to prevent by vaccinating the infant directly.

Since its discovery 60 years ago, there have been multiple attempts to develop a vaccine against RSV, all of which have been unsuccessful.

“Although it is disappointing that this vaccine will not be licenced based on the study results, it nevertheless paves the way for the development of this and/or other RSV vaccines for pregnant women to protect their infants against RSV during their first six months of life when they are most vulnerable to severe illness and death from RSV,” says Madhi.

About the RSV vaccine study

In this study, 4 636 pregnant women at between 28 to 36 weeks’ gestation were immunised with a single dose of an RSV vaccine, or a placebo, to induce an antibody response by the immune system to the RSV F-protein in the vaccine. Approximately half of these women were enrolled in South Africa.

These maternal antibodies are then transferred naturally to the foetus during pregnancy and provide the first line of defence in protecting infants against RSV LRTI during the first 90 to 180 days of life. The study showed that vaccination during pregnancy was safe in the women and their infants.

Key findings of this study show that infants born to women who received the RSV vaccine were 44% less likely to be hospitalised for RSV LRTI.

Furthermore, these infants were 32% less likely to be hospitalised for pneumonia due to any cause in the first six months of their life.

An intriguing finding of the study is that when the analyses were stratified [a method of sampling from a population which can be partitioned into sub-populations] by country income status, the vaccine appeared to be more protective in infants born to women from LMICs, a grouping which constituted more than two-thirds of the enrolled study participants.

In particular, infants through to six months of age born to RSV-vaccinated women from LMICs were 53% less likely to be hospitalised for RSV LRTI and 69% less likely to have severe hypoxemia [low blood oxygen] due to RSV LRTI than infants of LMIC woman who did not receive the vaccine.

Furthermore, these infants born to vaccinated women were 39% and 59% respectively less likely to be hospitalised for all-cause LRTI and LRTI with severe hypoxemia.

These data show the significant potential of an RSV vaccine for public health benefit in LMICs, which contribute more than 90% of all deaths from RSV and 50% of which occur outside health facilities.

VIDA is in the School of Pathology in the top 100 globally ranked-Faculty of Health Sciences at the University of the Witwatersrand, Johannesburg (Wits).

This RSV study adds to other key studies on life-saving vaccines undertaken by Madhi and his team at VIDA. Previous vaccine-related studies also published in high-impact prestigious journals include:

The pneumococcal conjugate vaccine to protect against the leading cause of childhood pneumonia death study (July 2002);

The study on the rotavirus vaccine, which protects against the leading cause of childhood diarrhoeal death (August 2013).