Room for thought: Brain region that watches for walls identified 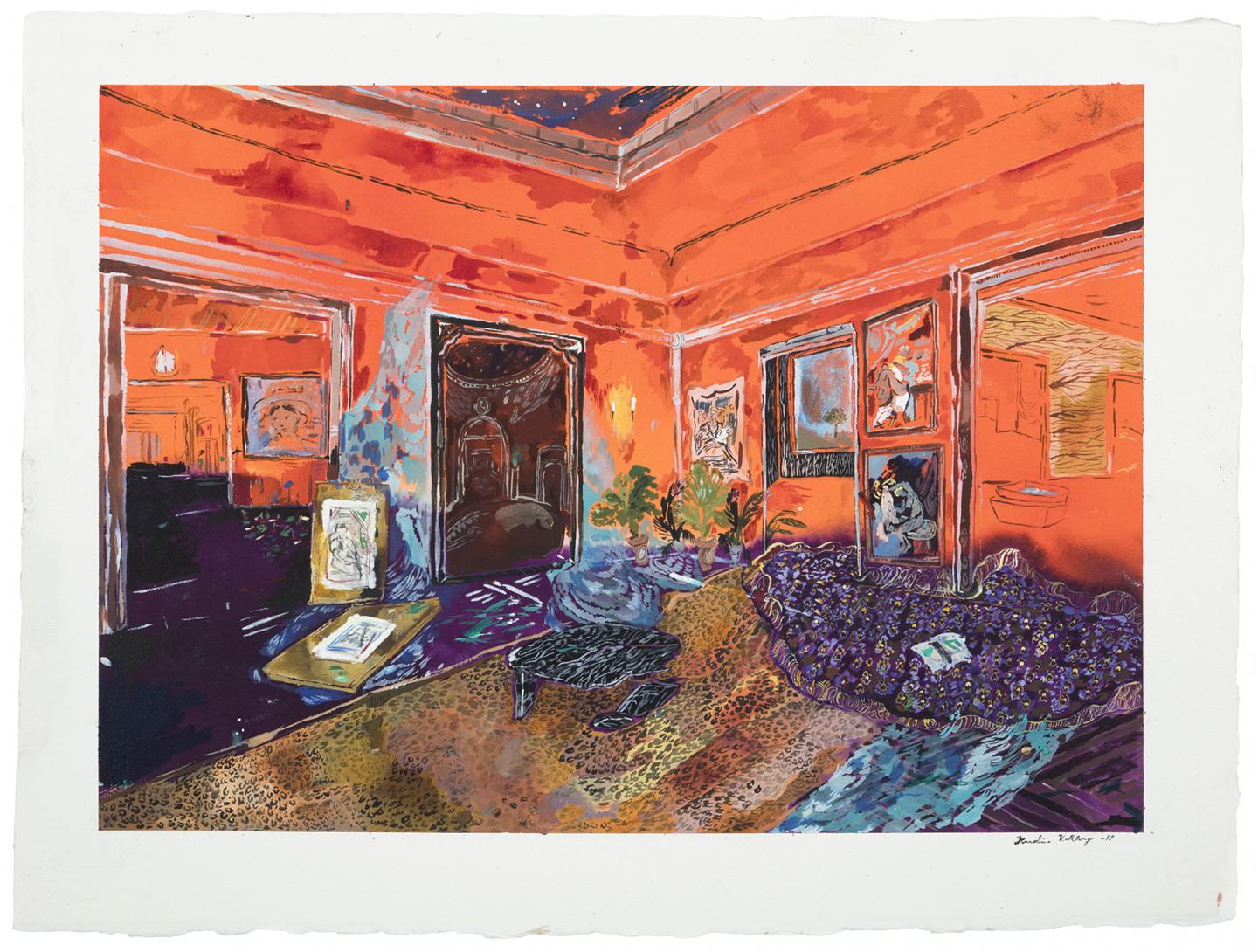 NEW YORK — To move through the world, you need a sense of your surroundings, especially of the constraints that restrict your movement: the walls, ceiling and other barriers that define the geometry of the navigable space around you. And now, a team of neuroscientists has identified an area of the human brain dedicated to perceiving this geometry. This brain region encodes the spatial constraints of a scene, at lightning-fast speeds, and likely contributes to our instant sense of our surroundings; orienting us in space, so we can avoid bumping into things, figure out where we are and navigate safely through our environment.

This research, published today in Neuron, sets the stage for understanding the complex computations our brains do to help us get around. Led by scientists at Columbia University’s Mortimer B. Zuckerman Mind Brain Behavior Institute and Aalto University in Finland, the work is also relevant to the development of artificial intelligence technology aimed at mimicking the visual powers of the human brain.

“Vision gives us an almost instant sense where we are in space, and in particular of the geometry of the surfaces — the ground, the walls — which constrain our movement. It feels effortless, but it requires the coordinated activity of multiple brain regions,” said Nikolaus Kriegeskorte, PhD, a principal investigator at Columbia’s Zuckerman Institute and the paper’s senior author. “How neurons work together to give us this sense of our surroundings has remained mysterious. With this study, we are a step closer to solving that puzzle.”

To figure out how the brain perceives the geometry of its surroundings, the research team asked volunteers to look at images of different three-dimensional scenes. An image might depict a typical room, with three walls, a ceiling and a floor. The researchers then systematically changed the scene: by removing the wall, for instance, or the ceiling. Simultaneously, they monitored participants’ brain activity through a combination of two cutting-edge brain-imaging technologies at Aalto’s neuroimaging facilities in Finland.

“By doing this repeatedly for each participant as we methodically altered the images, we could piece together how their brains encoded each scene,” Linda Henriksson, PhD, the paper’s first author and a lecturer in neuroscience and biomedical engineering at Aalto University.

Our visual system is organized into a hierarchy of stages. The first stage actually lies outside brain, in the retina, which can detect simple visual features. Subsequent stages in the brain have the power to detect more complex shapes. By processing visual signals through multiple stages — and by repeated communications between the stages — the brain forms a complete picture of the world, with all its colors, shapes and textures.

In the cortex, visual signals are first analyzed in an area called the primary visual cortex. They are then passed to several higher-level cortical areas for further analyses. The occipital place area (OPA), an intermediate-level stage of cortical processing, proved particularly interesting in the brain scans of the participants.

“Previous studies had shown that OPA neurons encode scenes, rather than isolated objects,” said Dr. Kriegeskorte, who is also a professor of psychology and neuroscience and director of cognitive imaging at Columbia. “But we did not yet understand what aspect of the scenes this region’s millions of neurons encoded.”

After analyzing the participants’ brain scans, Drs. Kriegeskorte and Henriksson found that the OPA activity reflected the geometry of the scenes. The OPA activity patterns reflected the presence or absence of each scene component — the walls, the floor and the ceiling — conveying a detailed picture of the overall geometry of the scene. However, the OPA activity patterns did not depend on the components’ appearance; the textures of the walls, floor and ceiling — suggesting that the region ignores surface appearance, so as to focus solely on surface geometry. The brain region appeared to perform all the necessary computations needed to get a sense of a room’s layout extremely fast: in just 100 milliseconds.

“The speed with which our brains sense the basic geometry of our surroundings is an indication of the importance of having this information quickly,” said Dr. Henriksson. “It is key to knowing whether you’re inside or outside, or what might be your options for navigation.”

The insights gained in this study were possible through the joint use of two complementary imaging technologies: functional magnetic resonance imaging (fMRI) and magnetoencephalography (MEG). fMRI measures local changes in blood oxygen levels, which reflect local neuronal activity. It can reveal detailed spatial activity patterns at a resolution of a couple of millimeters, but it is not very precise in time, as each fMRI measurement reflects the average activity over a five to eight seconds. By contrast, MEG measures magnetic fields generated by the brain. It can track activity with millisecond temporal precision, but does not give as spatially detailed a picture.

“When we combine these two technologies, we can address both where the activity occurs and how quickly it emerges.” said Dr. Henriksson, who collected the imaging data at Aalto University.

“We would like to put these things together and build computer vision systems that are more like our own brains, systems that have specialized machinery like what we observe here in the human brain for rapidly sensing the geometry of the environment,” said Dr. Kriegeskorte.

This paper is titled “Rapid invariant encoding of scene layout in human OPA.” Marieke Mur, PhD, who has since joined Western University in Ontario, Canada, also contributed to this research.

This research was supported by the Academy of Finland (Postdoctoral Research Grant; 278957), the British Academy (Postdoctoral Fellowship; PS140117) and the European Research Council (ERC-2010-StG 261352).

Columbia University’s Mortimer B. Zuckerman Mind Brain Behavior Institute brings together a group of world-class scientists and scholars to pursue the most urgent and exciting challenge of our time: understanding the brain and mind. A deeper understanding of the brain promises to transform human health and society. From effective treatments for disorders like Alzheimer’s, Parkinson’s, depression and autism to advances in fields as fundamental as computer science, economics, law, the arts and social policy, the potential for humanity is staggering. To learn more, visit: zuckermaninstitute.columbia.edu.

Aalto University is a community of bold thinkers where science and art meet technology and business. We are committed to identifying and solving grand societal challenges and building an innovative future. Aalto University has six schools with 12,000 students and 400 professors. Our campus is in Espoo, Finland.

Scienmag Mar 13, 2019
Credit: Courtesy of MSU EAST LANSING, Mich. - Trihydrogen, or H3+, is acknowledged by scientists as the…

How a cellular shuttle helps HIV-1 spread in immune organs