Robots help to answer age-old question of why fish school 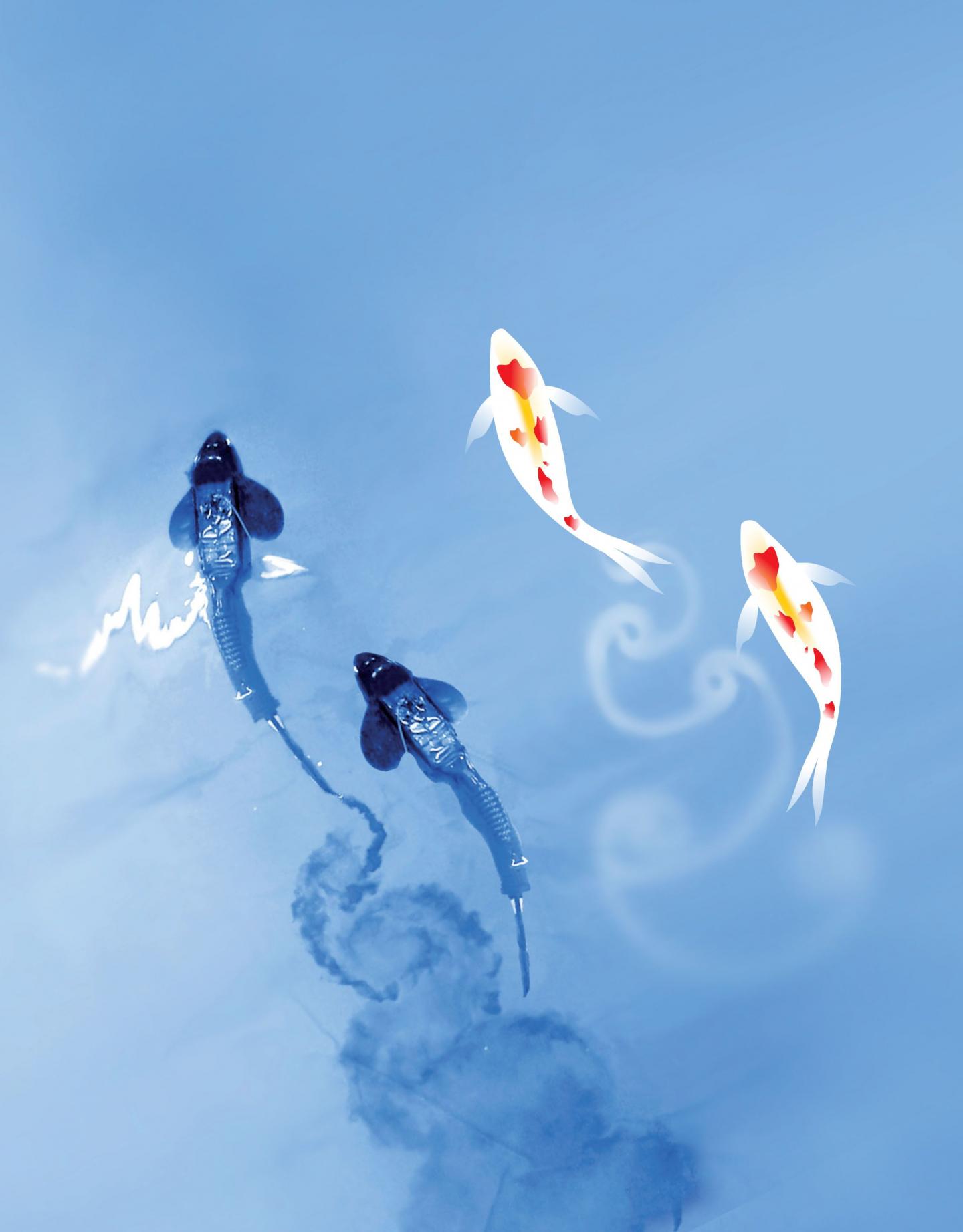 A fish school is a striking demonstration of synchronicity. Yet centuries of study have left a basic question unanswered: do fish save energy by swimming in schools? Now, scientists from the Max Planck Institute of Animal Behavior (MPI-AB), the University of Konstanz, and Peking University have provided an answer that has long been suspected but never conclusively supported by experiments: yes.

Using biomimetic fish-like robots, the researchers show that fish could take advantage of the swirls of water generated by those in front by applying a simple behavioural rule. By adjusting their tail beat relative to near neighbours – a strategy called vortex phase matching – robots were shown to benefit hydrodynamically from a near neighbour no matter where they are positioned with respect to that neighbour. The previously unknown rule, revealed by the robots, was subsequently shown to be the strategy used by free swimming fish. The study is reported on 26 October 2020 inNature Communications.

“Fish schools are highly dynamic, social systems,” says senior author Iain Couzin, Director of the MPI-AB who also co-directs the Cluster of Excellence ‘Centre for the Advanced Study of Collective Behaviour’ at the University of Konstanz. “Our results provide an explanation for how fish can profit from the vortices generated by near neighbours without having to keep fixed distances from each other.”

Answering the question of whether or not fish can save energy by swimming with others requires measuring their energy expenditure. Accurately doing so in free swimming fish has so far not been possible, and so past studies have sought to answer this question instead through theoretical models and predictions.

The new study, however, has overcome this barrier to experimental testing. The researchers developed a 3D robotic fish that has a soft tail fin and swims with an undulating motion that mimics accurately the movement of a real fish. But unlike their live counterparts, the robots allow for direct measurement of the power consumption associated with swimming together versus alone.

“We developed a biomimetic robot to solve the fundamental problem of finding out how much energy is used in swimming,” says Liang Li, a postdoctoral fellow at the MPI-AB and first author on the study. “If we then have multiple robots interacting, we gain an efficient way to ask how different strategies of swimming together impact the costs of locomotion.”

A simple rule for swimming in a school

The researchers studied robotic fish swimming in pairs versus alone. Running over 10,000 trials, they tested follower fish in every possible position relative to leaders – and then compared energy use with solo swimming.

The results showed a clear difference in energy consumption for robots that swam alone versus those that swam in pairs. The cause of this, they discovered, is the way that fish in front influence the hydrodynamics of fish behind. The energy consumed by a follower fish is determined by two factors: its distance behind the leader and the relative timing of the tail beats of the follower with respect to that of the leader. In other words, it matters whether the follower fish is positioned close to the front or far behind the leader and how the follower adjusts its tail beats to exploit the vortices created by the leader.

To save energy, it turns out that the secret is in synchronisation. That is, follower fish must match their tail beat to that of the leader with a specific time lag based on the spatial position – a strategy the researchers called “vortex phase matching.” When followers are beside leader fish, the most energetically effective thing to do is to synchronise tail beats with the leader. But as followers fall behind, they should go out of synch having more and more lag as compared to the tail beat of the leader.

In order to visualise the hydrodynamics, researchers emitted tiny hydrogen bubbles into the water and imaged them with a laser – a technique that made the vortices created by the swimming motion of the robots visible. This showed that vortices are shed by the leader fish and move downstream. It also showed that robots could utilise these vortices in various ways. “It’s not just about saving energy. By changing the way they synchronise, followers can also use the vortices shed by other fish to generate thrust and help them accelerate,” says co-author Mate Nagy, head of the Collective Behaviour ‘Lendület’ Research Group in the Hungarian Academy of Sciences and Eötvös University, who conducted the work when he was a postdoctoral fellow at the MPI-AB.

The result in real fish

Says Couzin: “We discovered a simple rule for synchronising with neighbours that allows followers to continuously exploit socially-generated vortices. But before our robotic experiments, we simply didn’t know what to look for, and so this rule has been hidden in plain sight.”

A video and selection of images is available below:

Description: Robot fish are used to measure energy expenditure in fish schools. The study with biomimetic fish-like robots shows how fish can use a simple behavioural rule to exploit vortices in the water and thereby save energy.

Caption: Robot-like fish provide insight into how fish can save energy by swimming in schools.