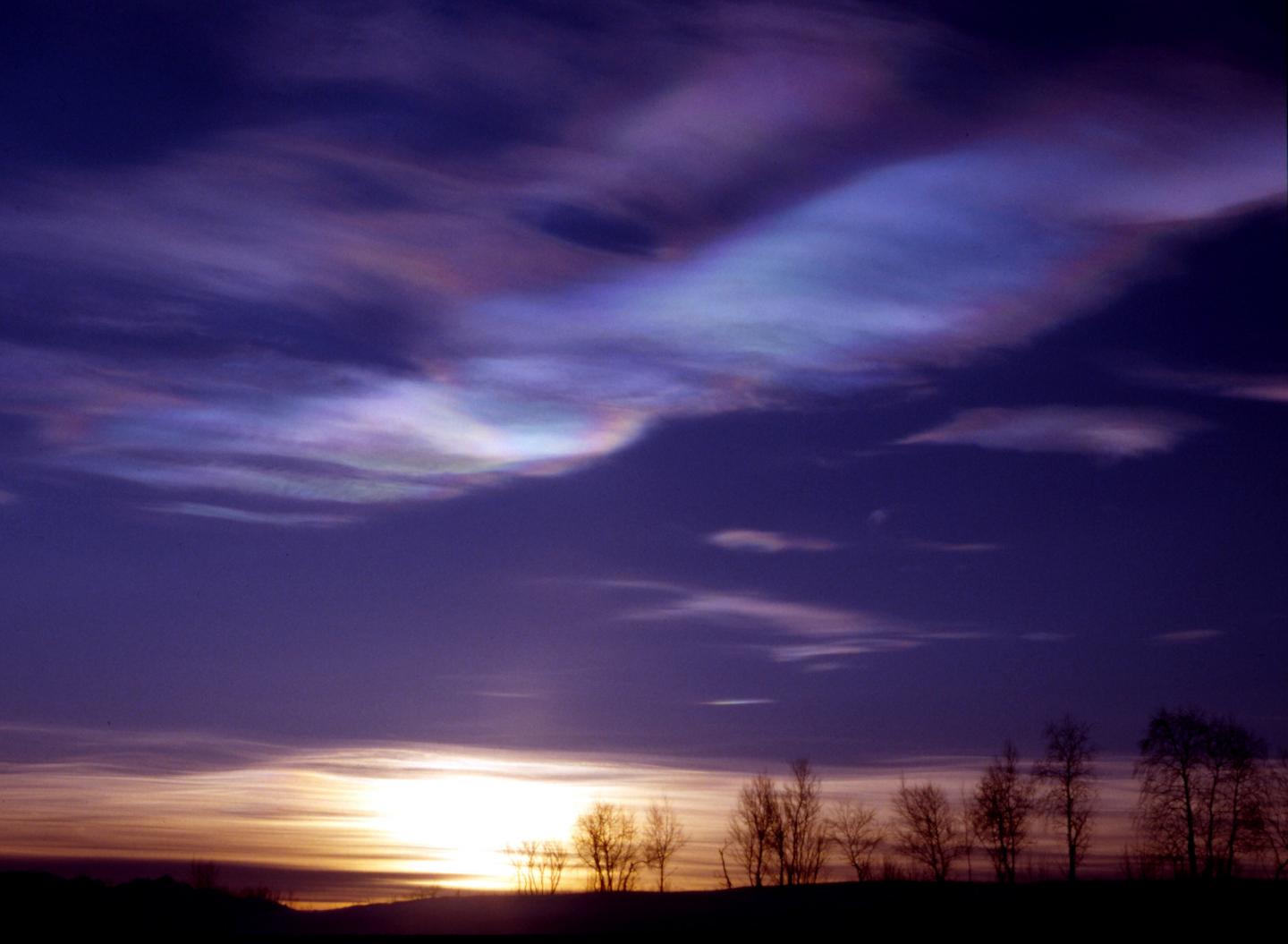 There is a race going on high in the atmosphere above the Arctic, and the ozone layer that protects Earth from damaging ultraviolet (UV) radiation will lose the race if greenhouse gas emissions aren’t reduced quickly enough.

A new study from an international team of scientists, including University of Maryland Professor Ross Salawitch, shows that extremely low winter temperatures high in the atmosphere over the arctic are becoming more frequent and more extreme because of climate patterns associated with global warming. The study also shows that those extreme low temperatures are causing reactions among chemicals humans pumped into the air decades ago, leading to greater ozone losses.

The new findings call into question the commonly held assumption that ozone loss would grind to a halt in just a few decades following the 2010 global ban on the production of ozone depleting chemicals called chlorofluorocarbons (CFCs) and halons.

The study–which was jointly conducted by UMD, the Alfred Wegener Institute’s Helmholtz Centre for Polar and Marine Research, and the Finnish Meteorological Institute–was published in the journal Nature Communications on June 23, 2021.

“We’re in a kind of race between the slow and steady decline in CFCs, which take 50 to 100 years to go away, and climate change, which is causing polar vortex temperature extremes to become colder at a rapid pace,” said Ross Salawitch, who is a professor in the UMD Department of Atmospheric and Oceanic Science, the Department of Chemistry and Biochemistry, and the Earth System Science Interdisciplinary Center. “The increasingly cold temperatures create conditions that promote ozone depletion by CFCs. So, even though these compounds are slowly going away, Arctic ozone depletion is on the rise as the climate changes.”

New data from the study showed the lowest Arctic polar vortex temperatures and the highest ozone losses on record in 2020, beating the previous records set nine years ago in 2011.

The polar vortex is a relatively self-contained, low-pressure system that forms in the stratosphere–at an altitude of about 12 to 50 kilometers (7.5 to 31 miles)–over the Arctic every autumn and stays for varying durations throughout the winter to spring. The pattern of warm and cold winter temperatures in the polar vortex is very irregular, so not every winter is extremely cold.

But the trend toward more frequent and more extreme low temperatures in the polar vortex concerns the researchers, because those conditions promote the formation of clouds, and that promotes ozone loss in the polar stratosphere.

Most of the chlorine and a significant amount of the bromine in the stratosphere comes from the breakdown of CFCs, halons and other ozone-depleting substances. Normally within the Arctic polar vortex the chlorine is non-reactive, but clouds provide the right conditions for the chlorine to change form and react with bromine and sunlight to destroy ozone.

Despite drastic reduction of the industrial production of CFCs and halons since the Montreal Protocol in 1987 and the global ban that followed in 2010, these long-lasting compounds are still abundant in the atmosphere. According to the World Meteorological Organization, atmospheric chlorine and bromine produced by humans is not expected to fall below 50% of their highest levels until the end of this century.

To determine what this situation means for the future, the researchers projected ozone loss out to the year 2100 based on the long-term temperature trend in the polar vortex and the expected decline in chlorine and bromine compounds. They based their predictions on the output from 53 top climate models used by the Intergovernmental Panel on Climate Change.

“All but one of the climate models we looked at show that exceptionally cold winters in the polar vortex will get colder over time,” Salawitch said. “And the more greenhouse gas emissions there are, the steeper the trend, which means greater ozone depletion.”

Combining these projections with analyses of meteorological data from the past 56 years, the researchers confirmed that the Arctic is already experiencing a significant trend toward lower stratospheric temperatures and associated increases in ozone losses. What’s more, their observations reveal that these trends are occurring at rate consistent with the fastest climate models.

“We have been saying that a train is coming for a number of years now,” said Salawitch, pointing to research papers he published in 2004 and 2006 that showed extreme winters in the Arctic were becoming colder. “We’ve now seen the train whizzing by with record ozone loss in 2011 and now in 2020. So, this paper is really a wake-up call that something is happening in the atmosphere that’s really important for ozone, and it looks like greenhouse gases are driving it.”

Salawitch and his colleagues do not yet fully understand how increasing greenhouse gas emissions and the associated changes to global climate are causing the extreme cold winters in the stratospheric layer of the polar vortex. But some of the underlying mechanisms are understood. Global warming occurs in part because greenhouse gases trap heat closer to Earth’s surface, which allows cooling of the upper layers in the stratosphere, where the ozone layer is located. Warming at the surface causes changes to prevailing wind patterns, and the researchers suggest that these changes also produce lower temperatures in the polar vortex.

The researchers also note that recent years have seen a rapid increase in methane, a more powerful greenhouse gas than carbon dioxide, in the lower atmosphere. As this gas travels to the stratosphere, it increases humidity, which also leads to conditions that promote ozone-destroying chemical reactions in the Arctic.

Because ozone filters much of the sun’s potentially harmful UV radiation, a depleted ozone layer over the Arctic can result in more UV radiation reaching the surface of the Earth over Europe, North America and Asia when the polar vortex dips south.

But there is hope for avoiding future ozone depletion, according to the researchers. Their study shows that substantial reductions in greenhouse gas emissions over the coming decades could lead to a steady decline in conditions that favor large ozone loss in the Arctic stratosphere.

This work was supported by NASA’s Atmospheric Composition and Modeling Program (Award No. 80NSSC19K0983) and the Multidisciplinary drifting Observatory for the Study of Arctic Climate (MOSAiC) expedition. The content of this article does not necessarily reflect the views of these organizations.

The College of Computer, Mathematical, and Natural Sciences at the University of Maryland educates more than 9,000 future scientific leaders in its undergraduate and graduate programs each year. The college’s 10 departments and more than a dozen interdisciplinary research centers foster scientific discovery with annual sponsored research funding exceeding $200 million.