HOUSTON – (Jan. 25, 2023) – Scientists from Rice University are using fluorescence lifetime to shed new light on a peptide associated with Alzheimer’s disease, which the Centers for Disease Control and Prevention estimates will affect nearly 14 million people in the U.S. by 2060. 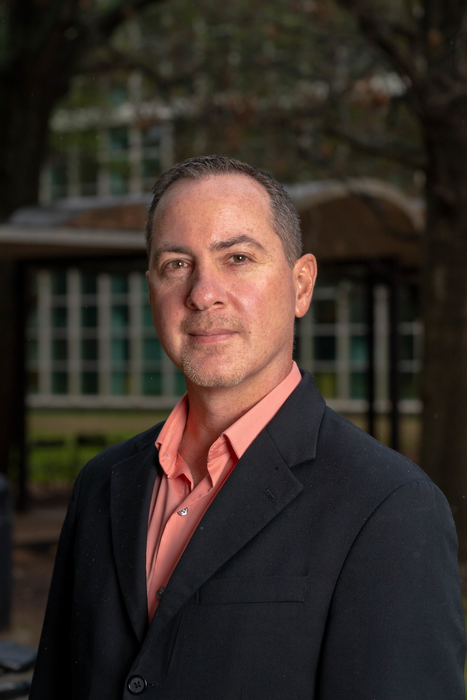 HOUSTON – (Jan. 25, 2023) – Scientists from Rice University are using fluorescence lifetime to shed new light on a peptide associated with Alzheimer’s disease, which the Centers for Disease Control and Prevention estimates will affect nearly 14 million people in the U.S. by 2060.

Through a new approach using time-resolved spectroscopy and computational chemistry, Angel Martí and his team found experimental evidence of an alternative binding site on amyloid-beta aggregates, opening the door to the development of new therapies for Alzheimer’s and other diseases associated with amyloid deposits.

The study is published in Chemical Science.

Amyloid plaque deposits in the brain are a main feature of Alzheimer’s. “Amyloid-beta is a peptide that aggregates in the brains of people that suffer from Alzheimer’s disease, forming these supramolecular nanoscale fibers, or fibrils” said Martí, a professor of chemistry, bioengineering, and materials science and nanoengineering and faculty director of the Rice Emerging Scholars Program. “Once they grow sufficiently, these fibrils precipitate and form what we call amyloid plaques.

“Understanding how molecules in general bind to amyloid-beta is particularly important not only for developing drugs that will bind with better affinity to its aggregates, but also for figuring out who the other players are that contribute to cerebral tissue toxicity,” he added.

The Martí group had previously identified a first binding site for amyloid-beta deposits by figuring out how metallic dye molecules were able to bind to pockets formed by the fibrils. The molecules’ ability to fluoresce, or emit light when excited under a spectroscope, indicated the presence of the binding site.

Time-resolved spectroscopy, which the lab utilized in its latest discovery, “is an experimental technique that looks at the time that molecules spend in an excited state,” Martí said. “We excite the molecule with light, the molecule absorbs the energy from the light photons and gets to an excited state, a more energetic state.”

This energized state is responsible for the fluorescent glow. “We can measure the time that molecules spend in the excited state, which is called lifetime, and then we use that information to evaluate the binding equilibrium of small molecules to amyloid-beta,” Martí said.

In addition to the second binding site, the lab and collaborators from the University of Miami uncovered that multiple fluorescent dyes not expected to bind to amyloid deposits in fact did.

“The molecule was not binding to a unique site in the amyloid-beta but to two different sites. And that was extremely interesting because our previous studies only indicated one binding site. That happened because we were not able to see all the components with the technologies we were using previously,” he added.

The discovery prompted more experimentation. “We decided to look into this further using not only the probe we designed, but also other molecules that have been used for decades in inorganic photochemistry,” he said. “The idea was to find a negative control, a molecule that would not bind to amyloid-beta. But what we discovered was that these molecules that we were not expecting would bind to amyloid-beta at all actually did bind to it with decent affinity.”

Understanding the binding mechanisms of amyloid proteins is also useful for studying nonpathogenic amyloids and their potential applications in drug development and materials science.

“There are functional amyloids that our body and other organisms produce for different reasons that are not associated with diseases,” Martí said. “There are organisms that produce amyloids that have antibacterial effects. There are organisms that produce amyloids for structural purposes, to create barriers, and others that use amyloids for chemical storage. The study of nonpathogenic amyloids is an emerging area of science, so this is another path our findings can help develop.”

The National Science Foundation (2102563) and the family of the late Professor Donald DuPré, a Houston-born Rice alumnus and former professor of chemistry at the University of Louisville, supported the research.

There are no conflicts to declare.