Compounds show promise for use in medicine, manufacturing 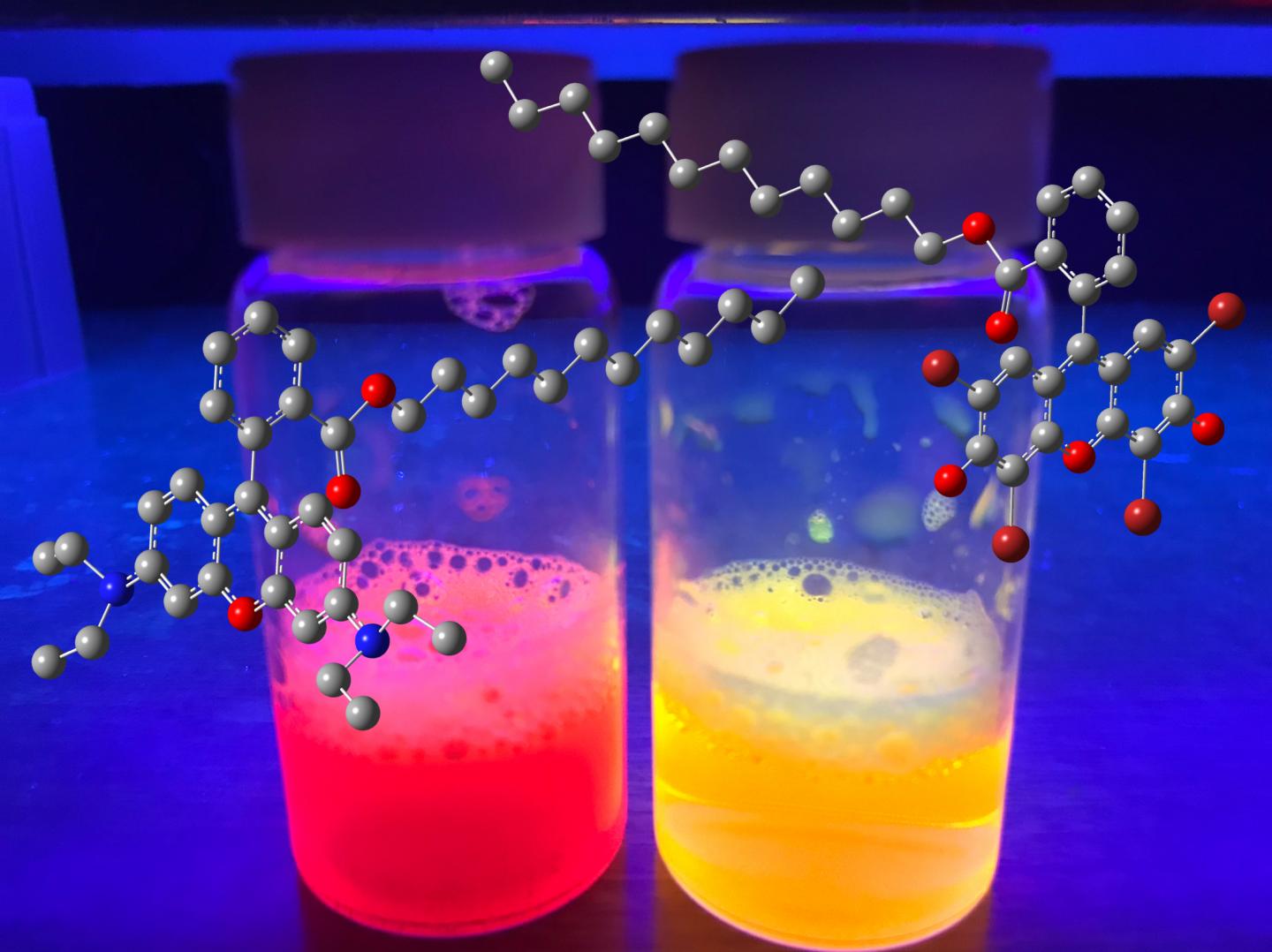 “We can stain cells or carbon nanotubes with these surfactants,” Martí said. “They stick to cells or nanotubes and now you can use fluorescent microscopy to visualize them.”

Soaps and detergents are common surfactants. They are two-part molecules with water-attracting heads and water-avoiding tails. Put enough of them in water and they will form micelles, with the heads facing outward and the tails inward. (Similar structures form the protective, porous barriers around cells.)

McWilliams produced the surfactants by reacting fluorescent dyes with alcohol-based, nonpolar tails, which made the heads glow when triggered by visible light. When the compounds wrap around carbon nanotubes in a solution, they not only keep the nanotubes from aggregating but make them far easier to see under a microscope.

“Surfactants have been used for many different applications for years, but we’ve made them special by converting them to image things you can generally not see,” Martí said.

“Fluorescent surfactants have been studied before, but the novel part of ours is their versatility and relative simplicity,” McWilliams said. “We use common dyes and plan to produce these surfactants with an array of colors and fluorescent properties for specific applications.”

Those could be far-reaching, Martí said.

“These can go well beyond imaging applications,” he said. “For instance, clothing manufacturers use surfactants and dyes. In theory, they could combine those; instead of using two different chemicals, they could use one.

“I can also envision using these for water purification, where surfactant dyes can be tuned to trap pollutants and destroy them using visible light,” Martí said. “For biomedical applications, they can be tuned to target specific cells and kill only those you radiate with light. That would allow for a localized way to treat, say, skin cancer.”

Martí said his lab was able to confirm fluorescent surfactants are the real deal. “We were able to characterize the critical micelle concentration, the concentration at which micelles start forming,” he said. “So we are 100% sure these molecules are surfactants.”

Co-authors of the paper are Rice graduate students Selin Ergülen and Meredith Ogle, alumnus Carlos de los Reyes and Matteo Pasquali, the A.J. Hartsook Professor of Chemical and Biomolecular Engineering, a professor of materials science and nanoengineering and of chemistry.

This news release can be found online at https://news.rice.edu/2019/08/05/rice-lab-produces-simple-fluorescent-surfactants/

Scienmag Jun 10, 2019
The cholera bacterium uses a grappling hook-like appendage to take up DNA, bind to nutritious surfaces and…