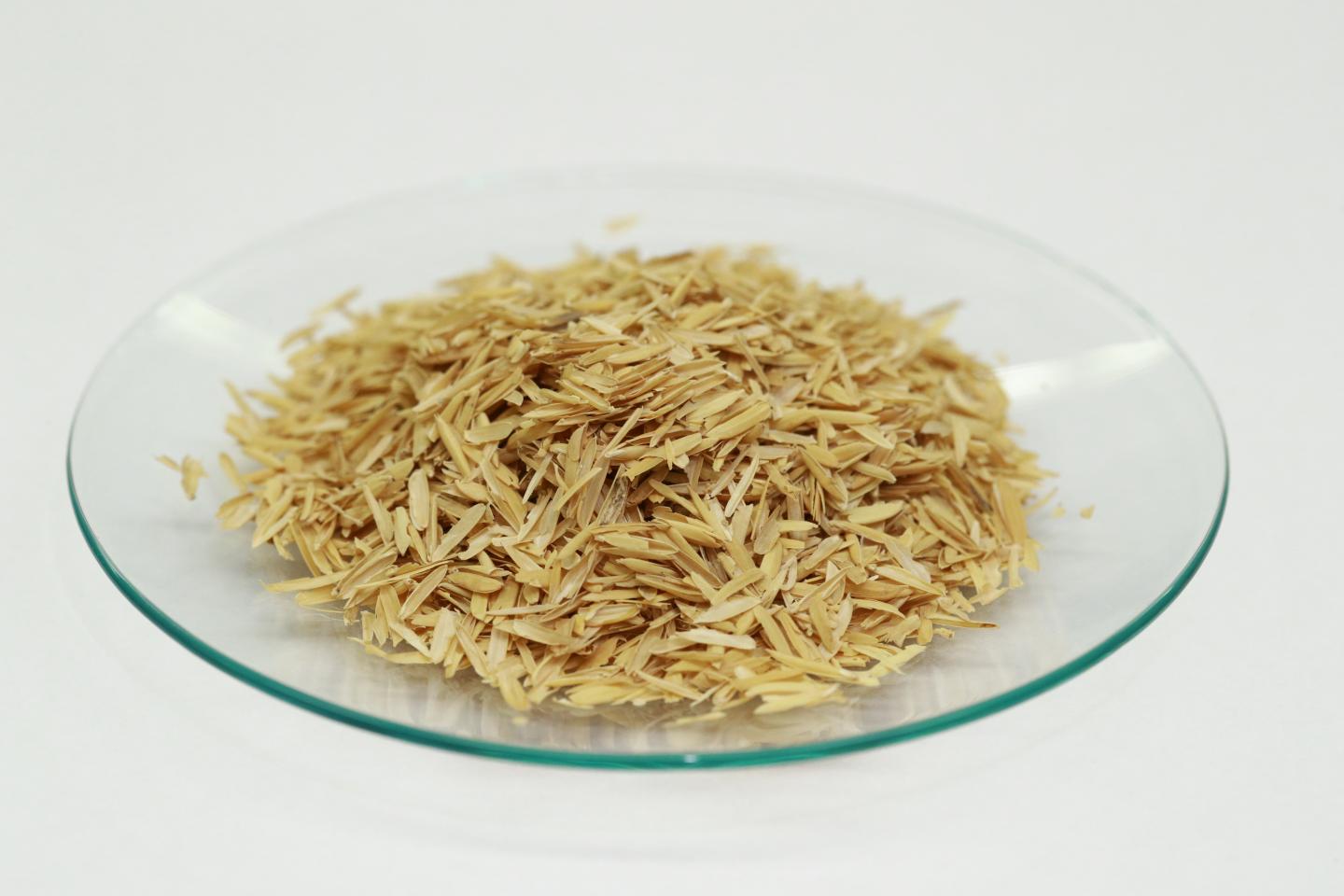 Scientists at The University of Toledo have discovered that rice husks can effectively remove microcystin from water, a finding that could have far-reaching implications for communities along the Great Lakes and across the developing world.

An abundant and inexpensive agricultural byproduct, rice husks have been investigated as a water purification solution in the past. However, this is the first time they have been shown to remove microcystin, the toxin released by harmful algal blooms.

The results of the study were recently published in the journal Science of the Total Environment.

“Delivering safe water is critical, and finding an economically viable solution to deliver safe water to people all over the world is going to be really important. The ability of this simple material to be powerful enough to address this issue is impressive,” said Dr. Jon Kirchhoff, Distinguished University Professor and chair of the Chemistry and Biochemistry Department.

The research, led by Kirchhoff and Dr. Dragan Isailovic, associate professor of chemistry in the College of Natural Sciences and Mathematics, used organic rice husks that were treated with hydrochloric acid and heated to 250 degrees Celsius.

The rice husks were then dispersed in a series of water samples collected from Lake Erie during the 2017 harmful algal bloom to measure how much of the toxin they could absorb.

Researchers found the rice husks removed more than 95 percent of microcystin MC-LR — the most common type found in Lake Erie — in concentrations of up to 596 parts-per-billion (ppb). Even in concentrations approaching 3,000 ppb, more than 70 percent of the MC-LR was removed, and other types of MCs were removed as well.

“We looked at the removal of microcystins from real environmental samples and the material has performed really well,” Isailovic said. “We are talking about extremely high concentrations of microcystins originating from cyanobacterial cells. Normally during summer, we have much, much lower concentrations in Lake Erie.”

Beyond their effectiveness, rice husks have a number of other appealing attributes. They’re cheap — researchers paid $14.50 for half a cubic foot and buying in bulk would bring that price down significantly — and they’re able to be repurposed.

Heating microcystin-laden rice husks to 560 degrees Celsius destroys the toxins and produces silica particles, which can be used in other applications.

The researchers are hopeful their discovery could be scaled up beyond the lab to develop a more environmentally friendly method for treating water that has been contaminated by harmful algal blooms or cheap but effective filtration systems for the developing world.

“We could potentially use this readily available material to purify water before it even gets into Lake Erie,” Isailovic said. “There are engineering solutions that need to be done, but one of our dreams is to apply what we develop in our labs to provide safe drinking water.”

Other authors of the study were doctoral students Dr. Dilrukshika Palagama and Dr. Amila Devasurendra, who first proposed looking at rice husks as a way to remove microcystin and have since graduated from UToledo, and current doctoral student David Baliu-Rodriguez.

Scienmag Oct 3, 2019
A potential drug to treat heart attacks and to prevent heart failure -- for which no cure currently exists -- may…

Holographic cosmological model and thermodynamics on the horizon of…