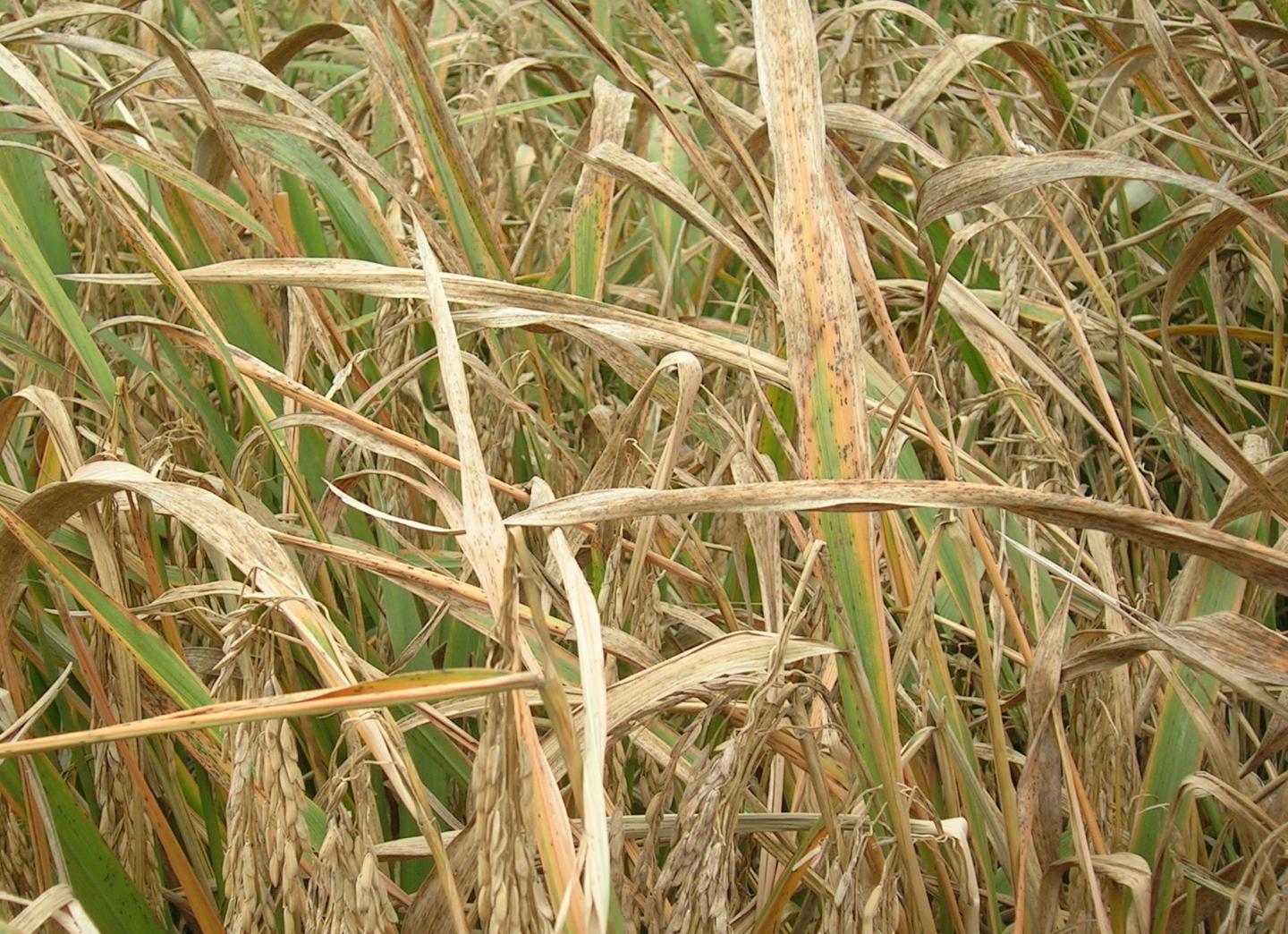 A secret weapon used by the killer rice blast fungus to infect host plants has been discovered in new research.

Rice blast is the most serious disease of rice and is caused by the fungus Magnaporthe oryzae. Each year, blast disease claims enough rice to feed 60 million people. The fungus also causes wheat blast which recently spread from South America to Bangladesh, threatening wheat production across South Asia.

To infect plants M.oryzae develops a domed-shaped infection cell called an appressorium that sticks to the leaf and ruptures the cuticle using huge invasive force – up to 40 times of a car tyre pressure, one of the highest pressures ever shown in a living cell.

The six-year study has uncovered the existence of a sensor in appressoria which tells the fungus that the pressure threshold required to rupture the rice leaf has been reached.
Further mechanisms uncovered in the study allow the fungus to reposition a penetrative peg which is pressed against and physically breaks the leaf surface, allowing the fungus to enter and cause disease.

Knowledge of this novel mechanism provides a platform for developing fungicides against blast, one of the deadliest crop killers.

Researchers from The Sainsbury Laboratory, Gregor Mendel Institute of Molecular Plant Biology, Austria, and University of Sussex used mathematical modelling, molecular genetics and biochemistry to crack the secret of the fungal pathogen.

Plant pathogenic fungi cause many of the world’s most devastating crop diseases.

Researchers had previously worked out how a group of proteins called septins enable the fungus to infect plants.

By revealing the existence of a turgor-sensing mechanism and the genetic networks that control polarisation of the fungus prior to infection, the group has assembled another critical piece in a research puzzle.

“Rice blast is the most devastating disease affecting rice, so this research has considerable implications for global food security,” says one of the authors Professor Nick Talbot of The Sainsbury Laboratory.

“We think this mechanism applies to other fungi where the process of infection is septin mediated. Most cereal diseases – rusts and mildews for example – involve appressoria. They are a common mechanism so from what we now know you could imagine a treatment that could be very effective,” he adds.

Lead author Dr Lauren Ryder from The Sainsbury Laboratory adds: “We have to work out how this turgor sensor interacts with downstream components, which is the focus of our next study. We suspect it interacts with proteins in the membrane and it senses when there is a stretch.”

Dr. Yasin Dagdas, now at the Gregor Mendel Institute in Vienna, Austria adds, “Besides the potential for helping global food security, this study uncovers a fascinating biological innovation that evolved during the evolutionary arms race between the microbe and the host plant.”

The existence of a turgor-pressure sensor in the cell had been predicted by mathematical models produced in collaboration with Professor Anotida Madzvamuse from the School of Mathematical and Physical Sciences at the University of Sussex. Prof Madzvamuse worked with colleagues Dr Chandrasekhar Venkataraman and Professor Vanessa Styles to mathematically model this problem.

“We were able to translate what was being observed in the experiments into a new mathematical model. With the biology described in mathematical terms, we were then able to help predict the point at which the fungus can reach a pressure threshold required to rupture the rice leaf, to infect the plant,” he says.

“We hope that this may prove to be an important step toward developing disease control strategies in the future, which may have significant humanitarian benefits: improving crop yields to provide food for more people,” he adds.

First identification of a heavy element born from neutron star…