PHILADELPHIA – A 24-hour rhythm of cellular detoxification in flies and mammals is coordinated by a neuropeptide that also drives feeding in both organisms, found a team led by Amita Sehgal, PhD, a professor of Neuroscience and director of the Chronobiology Program, in the Perelman School of Medicine at the University of Pennsylvania. Their findings were published this month in eLife. Sehgal is also a Howard Hughes Medical Institute (HHMI) investigator. 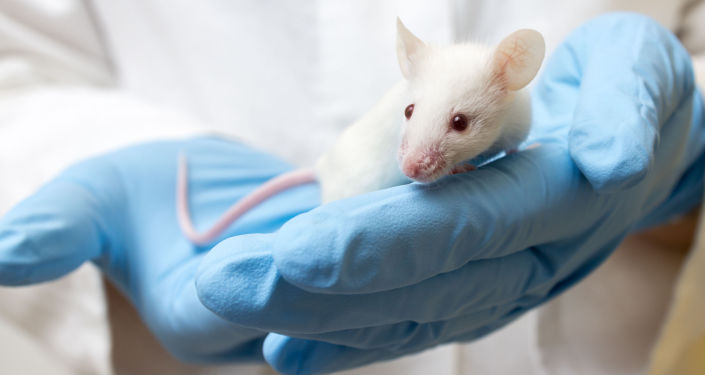 “We show that a neuropeptide – a small molecule that helps nerve cells communicate with each other — previously known to drive feeding in flies and mammals also has a conserved role in driving rhythms of detoxification gene activity,” Sehgal said. “In fact, many detoxification genes are expressed with a circadian rhythm in the mouse liver and in the fruitfly equivalent called the fat body. This work could eventually have implications for chronotherapy — the study of the timing of when best to take medications.”

The inner timekeeping systems of organisms synchronize behavior and physiology to changes in the physical environment, such as day and night, imposed by the 24-hour rotation of the Earth. This circadian system is made up of a cooperative network of tissue-specific molecular clocks that coordinate and compartmentalize biochemical processes in time and space over the 24-hour day.

Most physiological processes require clocks in peripheral tissues, either exclusively or in addition to the brain clock cells. For instance, a peripheral clock located in the fruitfly fat body, a tissue analogous to mammalian liver and fat tissue, regulates feeding behavior and nutrient storage and drives the rhythmic expression of genes involved in metabolism, detoxification, innate immunity, and reproduction. Likewise, a clock in the mammalian liver coordinates cycling of genes involved in many different aspects of metabolism.

Molecular clocks in the fruitfly brain and fat body have different effects on metabolism, suggesting that clocks in these two tissues complement each other to maintain the stability of physiological processes. The eLife study shows that brain clocks can also directly regulate cycling genes in the fat body. Neuronal clocks – essentially specialized nerve cells in the brain – release a factor that drives rhythmic expression of detoxification genes in the peripheral fly fat body at certain times of the day. The team found that one of these genes turns on in the early evening and another later in the night. They went on to show that the same regulation occurs in mice–the mouse equivalent of this factor drives cycling of the same class of detoxification genes in the liver.

Synchrony between clocks in the brain and other tissues is important for all organisms to maintain good health. If, for example, the brain and liver clocks are out of sync, this causes a decrease in reproductive fitness in flies and an increase in obesity in rats, Sehgal notes, from previous work in her lab and others.

She surmises that the evolutionarily conserved mechanism they observed likely has adaptive significance because feeding often leads to indigestion or production of toxic substances. These compounds could be excess bilirubin, pesticides, or other environmental pollutants, for example.

“Given that the expression of different detoxification genes peaks at different times of the day, if we knew when certain detox enzymes are active, then we could conceivably match the timing of medications to metabolic ups and downs,” Sehgal said.

Co-authors include Renske Erion, Anna King, and Gang Wu, all from Penn, and John Hogenesch form the University of Cincinnati.

The work was supported by the National Institutes of Health (NS048471), a Predoctoral Training Grant in Genetics (T32 GM008216), and the Howard Hughes Medical Institute.