Revealing the link between child maltreatment, the bonding hormone, and brain development

Child maltreatment, which spans child abuse and neglect, can adversely affect healthy development of the brain. Adults who were abused as kids tend to develop atypical brain structures, which can lead to various psychiatric disorders and even suicide. Fortunately, during and shortly after adolescence, the neocortical regions of the brain (brain regions concerned with thought, perception, and episodic memory) undergo a major reorganization, which provides an opportunity to treat some of the disorders caused by child maltreatment. Is there a biological mechanism that could be effectively targeted during this reorganization to improve the lives of victims of childhood abuse? 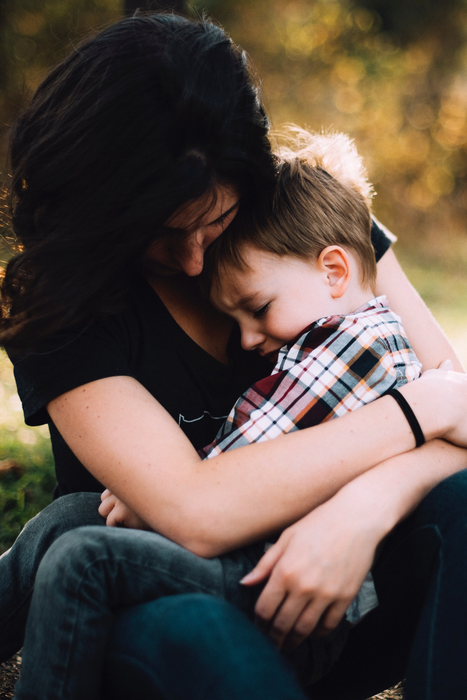 Child maltreatment, which spans child abuse and neglect, can adversely affect healthy development of the brain. Adults who were abused as kids tend to develop atypical brain structures, which can lead to various psychiatric disorders and even suicide. Fortunately, during and shortly after adolescence, the neocortical regions of the brain (brain regions concerned with thought, perception, and episodic memory) undergo a major reorganization, which provides an opportunity to treat some of the disorders caused by child maltreatment. Is there a biological mechanism that could be effectively targeted during this reorganization to improve the lives of victims of childhood abuse?

The answer seems to be a resounding yes, as demonstrated in a recent study published in Translational Psychiatry, in which researchers focused on a particular hormone and a specific mechanism by which its production might be altered as a result of child maltreatment. Led by Dr. Shota Nishitani and Professor Akemi Tomoda from University of Fukui, Japan, and Dr. Alicia K. Smith from Emory University, USA, this is the result of joint research between the University of Fukui and the Emory University.

The hormone in question is oxytocin, which plays a key role in our capacity to feel empathy and love, and learn prosocial behaviors like bonding. The biological mechanism that the study focused on is a process called “DNA methylation” that regulates the secretion of oxytocin.

Based on insights from previous studies, which showed that methylation of the oxytocin gene was associated with both brain structure and social behaviors, the researchers hypothesized that child maltreatment could be related to the oxytocin gene methylation levels and, in turn, altered brain structures and brain development during childhood and adolescence. They put this hypothesis to the test through various experiments involving DNA sampling and multi-mode brain imaging of children who had been maltreated and compared their outcomes against of children who did not suffer from maltreatment.

The DNA tests showed that a specific region of the oxytocin gene was consistently more methylated in maltreated children. The researchers then linked this “hypermethylation” with changes in brain structure and activity. “We found a higher DNA methylation rate to be associated with a smaller volume of the left superior parietal lobe in the dorsal attention network, which is important for the coordination of one’s eye movement with the recognition of other’s gaze,” explains Prof. Tomoda. “We also noted low brain activity in the right putamen, which is a part of the reward system network,” she adds.

Additionally, the researchers determined through statistical analyses that children who were maltreated showed higher levels of DNA methylation, a chemical modification of some oxytocin genes, than children of the same age in the general population. When DNA methylation was high, there was a decrease in volume in the brain attention network and a decrease in activity in the reward system network. The DNA methylation was also associated with a specific period (5-8 years old) and higher levels of maltreatment such as physical abuse, especially among children who had received maltreatment.

This is the first study to examine the relationship between methylation in the oxytocin gene and child maltreatment, and the insights could have groundbreaking clinical applications. “The reversible nature of the DNA methylation implies that it may be possible to develop methods to de-methylate the oxytocin gene region. If we can demonstrate that such methods could reverse brain function alterations and trauma symptoms in maltreated children, we could create entirely new therapies to improve their quality of life,” says Dr. Smith.

Let us hope further research on this front will provide the unfortunate victims of childhood abuse with better lives in their adulthood.

About University of Fukui, Japan

The University of Fukui is a preeminent research institution with robust undergraduate and graduate schools focusing on education, medical and science, engineering, and global and community studies. The university conducts cutting-edge research and strives to nurture human resources capable of contributing to society on the local, national, and global level.

Emory University is a top-ranked private institution recognized internationally for its outstanding liberal arts colleges, graduate and professional schools, and one of the world’s leading medical and health care programs. Located on a beautiful campus in Atlanta, it is one of the oldest universities in the US, having been established in 1836. It has also been one of the 65 member institutions of the prestigious Association of American Universities since 1995.
Website: https://www.emory.edu/home/index.html

About Professor Akemi Tomoda from University of Fukui, Japan

Dr. Akemi Tomoda is a Professor and Director of the Research Center for Child Mental Development of the University of Fukui and Head of the Department of Psychosocial Support for Nurturing. Her research interests include child development, pediatric neurology, neuroimaging, attachment, and child maltreatment. She has published over 100 papers on these topics. She is also part of numerous prestigious academic organizations, such as the Society for Neuroscience, Japan Neuroscience Society, and the Asian and Oceanian Child Neurology Association.

About Assistant Professor Shota Nishitani from University of Fukui, Japan

Dr. Shota Nishitani is an Assistant Professor at the Research Center for Child Mental Development of the University of Fukui. His research interests include epigenetics, bioinformatics, neuroimaging, social neuroscience, and child maltreatment. This international collaboration had started when he had been learning bioinformatics for epigenetics in Dr. Alicia K. Smith’s laboratory in Emory University as a visiting assistant professor. He has over 40 publications to his name.

Dr. Alicia K. Smith earned a PhD in molecular genetics from Wake Forest University, USA. She is currently a Professor and Vice Chair of Research in the Department of Gynecology and Obstetrics at Emory University School of Medicine. Her lab focuses on the role of genetic and epigenetic variation in predicting behavioral and psychiatric traits, with a particular interest in the prenatal and early childhood periods. She has over 160 publications.

All phases of this study were supported by AMED under Grant Number JP20gk0110052, JSPS KAKENHI Scientific Research (JP19H00617), Scientific Research (JP20K02700), Grant-in-Aid for “Creating a Safe and Secure Living Environment in the Changing Public and Private Spheres” from the Japan Science and Technology Agency (JST)/Research Institute of Science and Technology for Society (RISTEX), Research Grant from Japan-United States Brain Research Cooperative Program, Research Grants from the University of Fukui, Grant-in-Aid for Translational Research from the Life Science Innovation Center, University of Fukui (LSI20305), and Grant for Life Cycle Medicine from Faculty of Medical Sciences, University of Fukui.

Department of Gynecology and Obstetrics