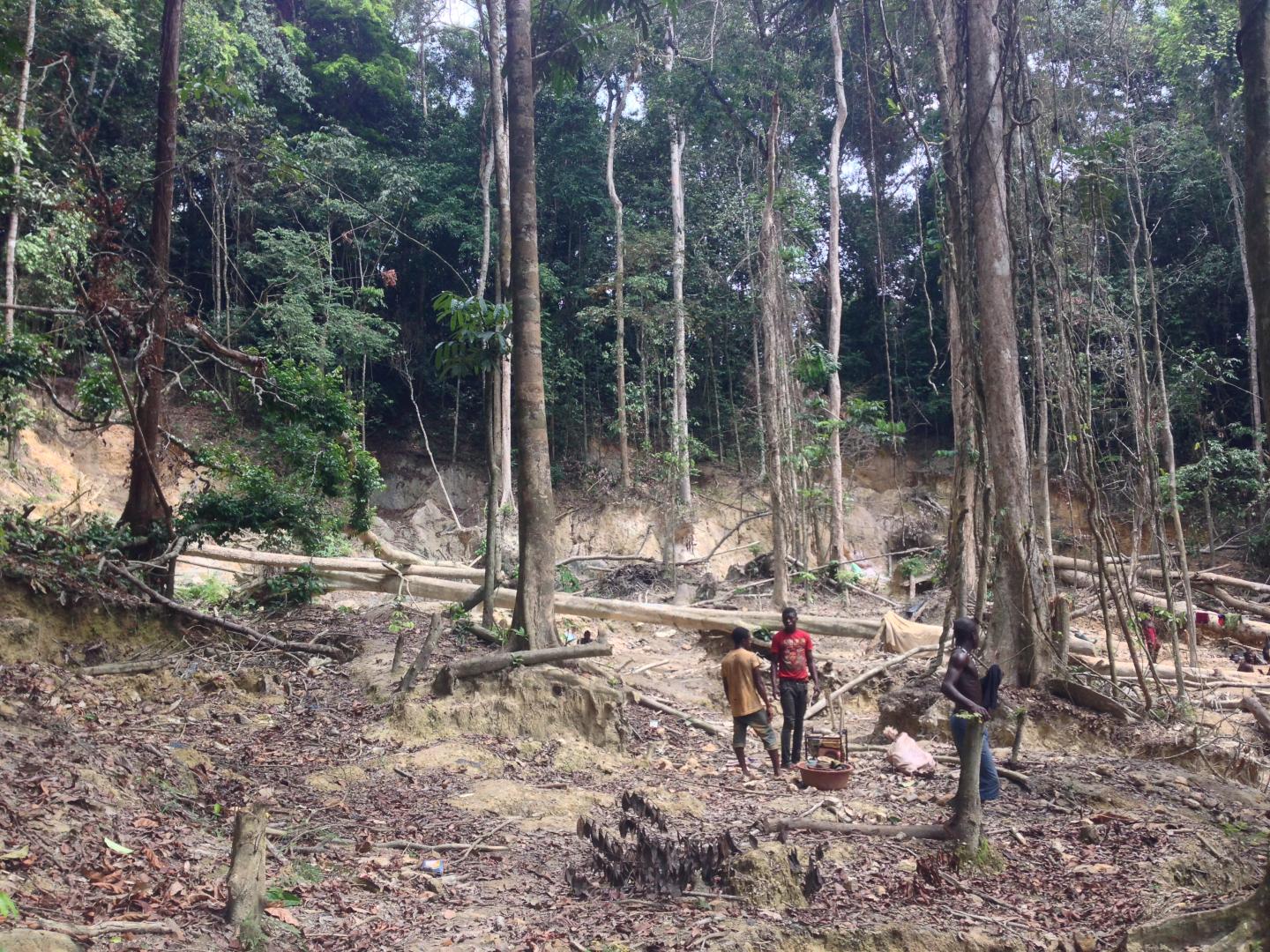 URBANA, Ill. – Conflict over resource extraction is rampant in sub-Saharan Africa, with small-scale miners violently pitted against multinational mining corporations – and the state security forces that protect them – for access. Attempts to solve the problem by imposing Western environmental systems and regulations aren’t working. But it’s not for the reasons most experts might suspect, according to a new Illinois study.

“My research really pushes back against the idea that African regulators are corrupt or inept. They’re actually implementing global governance standards exactly the way they should. And that’s what’s having the negative impact,” says McKenzie Johnson, assistant professor in the Department of Natural Resources and Environmental Sciences at the University of Illinois, and author of the World Development study.

Johnson says resource conflicts in industrializing countries were historically seen by the international environmental community as the result of inadequate or dysfunctional environmental governance or regulation. There was a push, beginning in the 1970s, to build local “green governance” systems, modeled after the Environmental Protection Agency in the U.S. and similar entities in Europe.

However, it quickly became clear that simply plunking down Western green governance systems in these contexts wasn’t working. Johnson explains.

“The international community recognized there are big cultural differences between western and African societies. Researchers argued that we could bridge the divide by building the capacity of domestic governance officials to translate global institutions so they make sense in a local context.

“What’s actually happening is these domestic-level ‘translators’ have become part of this global system of governance. They go to all the meetings, work with organizations like the World Bank, and essentially become part of that architecture. Through this socialization process, they come to perceive Western systems are the correct way to govern natural resources and environment,” she says. “So there is, in fact, no translation.”

This means that environmental regulation is applied as is without considering the extent to which domestic producers can cope with the new rules.

Johnson bases her conclusion on months of work in Ghana and Sierra Leone, interviewing international development agents, regulators and other government officials, as well as local community groups. Without the benefit of “translation” between these different social systems, small-scale, local miners argued that centralized, bureaucratic processes, such as the process to obtain a mining license, are too difficult.

“If you’re a small-scale or artisanal producer, you’ve got this mountain of paperwork to get through. Generally, you have to go to the capital city, and that could be days away. Even if you succeed in getting the licenses and finding land that’s not occupied by a multinational corporation, then you have to abide by all these compliance standards that are really difficult,” Johnson says. “There’s no recognition of different levels of capability or the fact that this is a central livelihood for a lot of these miners.”

According to Johnson, these issues are difficult to resolve because exclusive rules tend to benefit multinational companies. “Large companies are able to get through these processes a lot faster and easier because they have their own regulatory staff. As a result, regulation helps consolidate ownership of resources and becomes very exclusive. That’s created a sense that the system is really unfair, and rigged against the little guy.”

That sense that the rules are too hard to follow leads many local miners to go around the system and mine without proper licensing, Johnson says. When that happens on sites where multinational companies are already operating, violent conflict breaks out. And since the local miners are acting illegally, the government supports the multinationals.

Johnson isn’t arguing against the benefits of green governance in sub-Saharan Africa. She notes that current systems have likely protected these countries from exploitation by multinational companies. However, she suggests that we should think about how to mitigate the unequal impacts of green rules within African contexts.

“I think you potentially need a more flexible system that accounts for differences between multinationals and artisanal and small-scale actors. There needs to be at least some recognition of the barriers different actors face, and a lot more inclusive conversation about these rules, what’s legitimate, what’s not, as well as potentially including indigenous traditions that states like the U.S. wouldn’t feel comfortable with,” she says.

The article, “Strong (green) institutions in weak states: Environmental governance and human (in)security in the Global South,” is published in World Development [DOI: 10.1016/j.worlddev.2019.06.010] and written by McKenzie Johnson. This research was supported by a Fulbright-Hays Doctoral Dissertation Research Abroad Fellowship from the United States Department of Education (Grant Number P022A130049); the Jennings Randolph Peace Scholarship from the United States Institute for Peace; and the World Politics and Strategy Fellowship from the Smith Richardson Foundation.

New technology gives insight into how nanomaterials form and grow

Scientists listen to whales, walruses, & seals in a changing…