Finding from UAlberta neuroscientists point to potential for oxygen therapy for disrupted sleep. 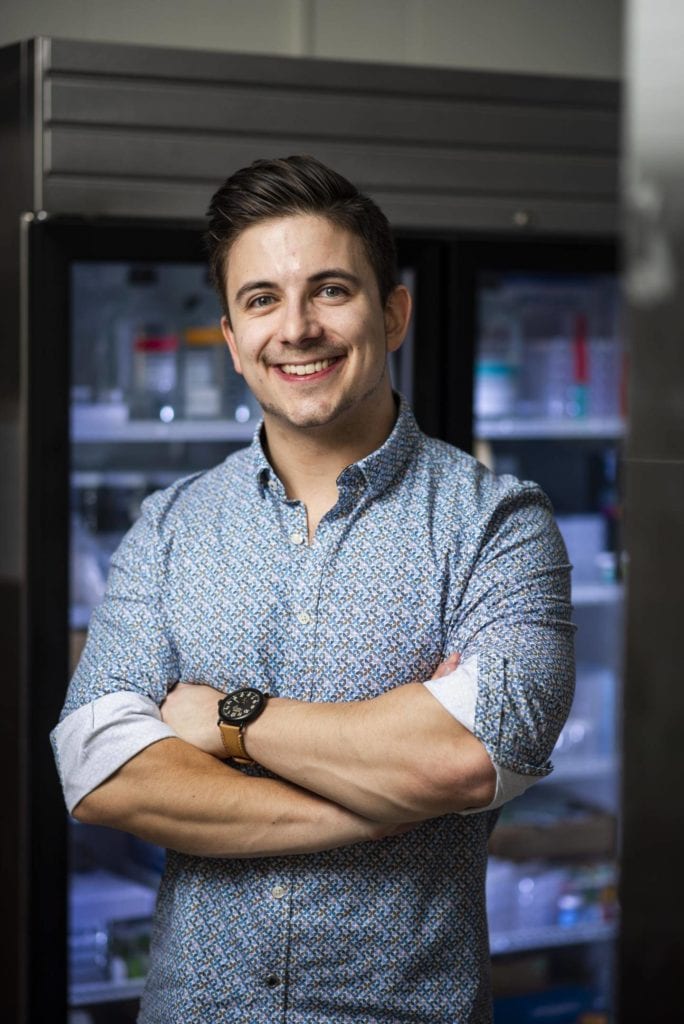 Exposure to high levels of oxygen encourages the brain to remain in deep, restorative sleep, according to a new study by University of Alberta neuroscientists.

The researchers administered high levels of oxygen to anesthetized and naturally sleeping animal models, and examined the resulting activity in their brains.

“We found that when we administer oxygen, our subjects’ brains switch out of active sleep, and remain in a deactivated, slow-wave state the entire time,” explained Brandon Hauer, PhD student in the neuroscience graduate program administered by the cross-faculty Neuroscience and Mental Health Institute. “Interestingly, when we removed the oxygen, the brain started cycling back through active, or rapid-eye-movement, sleep again.”

Deactivated or slow-wave sleep is the deepest stage of sleep, during which the brain oscillates at a very slow, once-per-second rhythm.

“This seems to be the stage where metabolites are cleared from the brain, muscles grow, and proteins reform,” said Hauer, who conducted the research under the supervision of Professor Clay Dickson in the Department of Psychology. “Slow-wave sleep seems to be especially suited to recovery for both the brain and body.” Slow-wave sleep also plays a role in memory consolidation.

The researchers also showed that when exposed to less than normal levels of oxygen, the brain remains in active, or rapid-eye-movement (REM) sleep. “Interestingly, we saw a rebound effect after the brain remained in REM sleep, in which the brain reverted to slow-wave sleep for a longer duration, as if it missed out on the slow-wave sleep during the activated stage,” added Hauer.

The research highlights the potential for oxygen therapy for humans in a clinical setting.

“Oxygen therapy could be used to enhance slow-wave states during sleep to ensure that individuals who may have disrupted sleep are getting enough of the restorative, slow-wave sleep,” said Dickson. “Of course, this has to be tested first before this could become a therapeutic reality.”

The paper, “Hyperoxia enhances slow-wave forebrain states in urethane-anesthetized and naturally sleeping rats,” was published in the Journal of Neurophysiology (doi: 10.1152/jn.00373.2018).

An integrated approach to finding new treatments for breast cancer

Scienmag Jan 29, 2019
Videos help analyze what works to help people change their behaviorsCredit: UBC Okanagan Using a page from a…