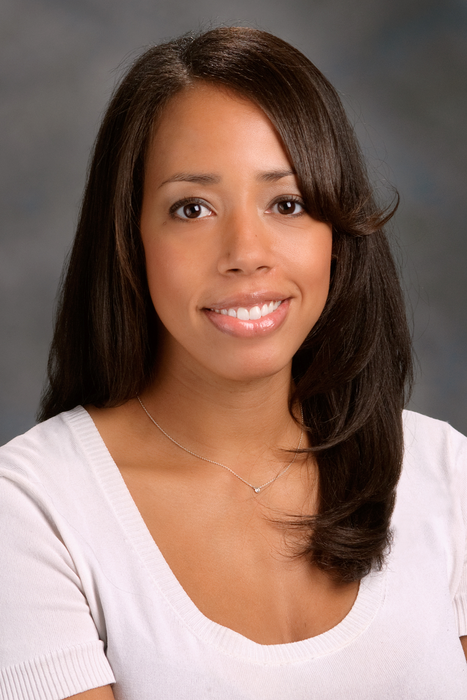 This study, led by Chelsea C. Pinnix, M.D., Ph.D., associate professor of Radiation Oncology, is the first to prospectively examine the use of a response-adapted strategy in this setting, allowing patients who have a complete response to ultra-low radiation doses — 4 Gray (Gy) in two fractions — to forego the higher standard doses. The treatment was associated with limited side effects, suggesting the response-adapted approach could improve quality of life without limiting efficacy.

“We are thrilled for our patients that we observed such high complete response rates when using this response-adapted strategy,” Pinnix said. “The vast majority of patients were able to avoid additional radiation doses, which minimizes potential orbital toxicity commonly associated with current standard doses.”

Indolent B-cell lymphoma includes mucosa-associated lymphoid tissue (MALT) lymphoma, follicular lymphoma and unclassifiable B-cell lymphoma. Traditionally, patients have received higher doses of radiation, ranging from 24 – 30 Gy, which can result in significant acute and long-term toxicity to the orbital region, or the area surrounding the eyes and related organs. Due to concerns for toxicity, some physicians have opted to observe patients with recently diagnosed indolent B-cell lymphoma of the orbit instead of proceeding with immediate radiation therapy.

In this Phase II trial, researchers aimed to achieve the same disease outcomes when using a response-adapted radiation therapy strategy as opposed to the standard upfront dose of 24 Gy. Patients were treated with 4 Gy in two fractions, and their responses were assessed at three-month intervals. Those who did not have a complete response to the initial ultra-low dose were offered treatment with 20 Gy to complete the standard dose of 24 Gy of radiation. Patients who experienced a complete response after the ultra-low dose were observed.

In a planned subset analysis of patients with newly diagnosed stage I MALT lymphoma, researchers observed a two-year local control rate of 91%. At two-year evaluation, 95% of these patients had not experienced a distant recurrence of disease.

In the study, treatment-related side effects were limited. Three patients (6%) experienced grade 1 dry eye, and there were no grade 3 or higher toxicities.

“Ultra-low dose radiation therapy for orbital grade lymphomas is not only effective, it can potentially be more convenient and less costly for patients. And it really makes sense for the ocular and periocular region given the concerns for toxicity to the eye from higher doses of radiation,” said study co-investigator Bita Esmaeli, M.D., professor of Plastic Surgery.

“Due to these promising results, this novel response-adapted ultra-low dose radiation therapy approach is the current standard of care for MD Anderson orbital MALT lymphoma patients, regardless of disease stage,” Pinnix said. “The approach also has been adopted at other centers with encouraging early results.”

This study was supported by the National Cancer Institute (P30 CA016672). A full list of collaborating authors and their disclosures can be found with the abstract here.