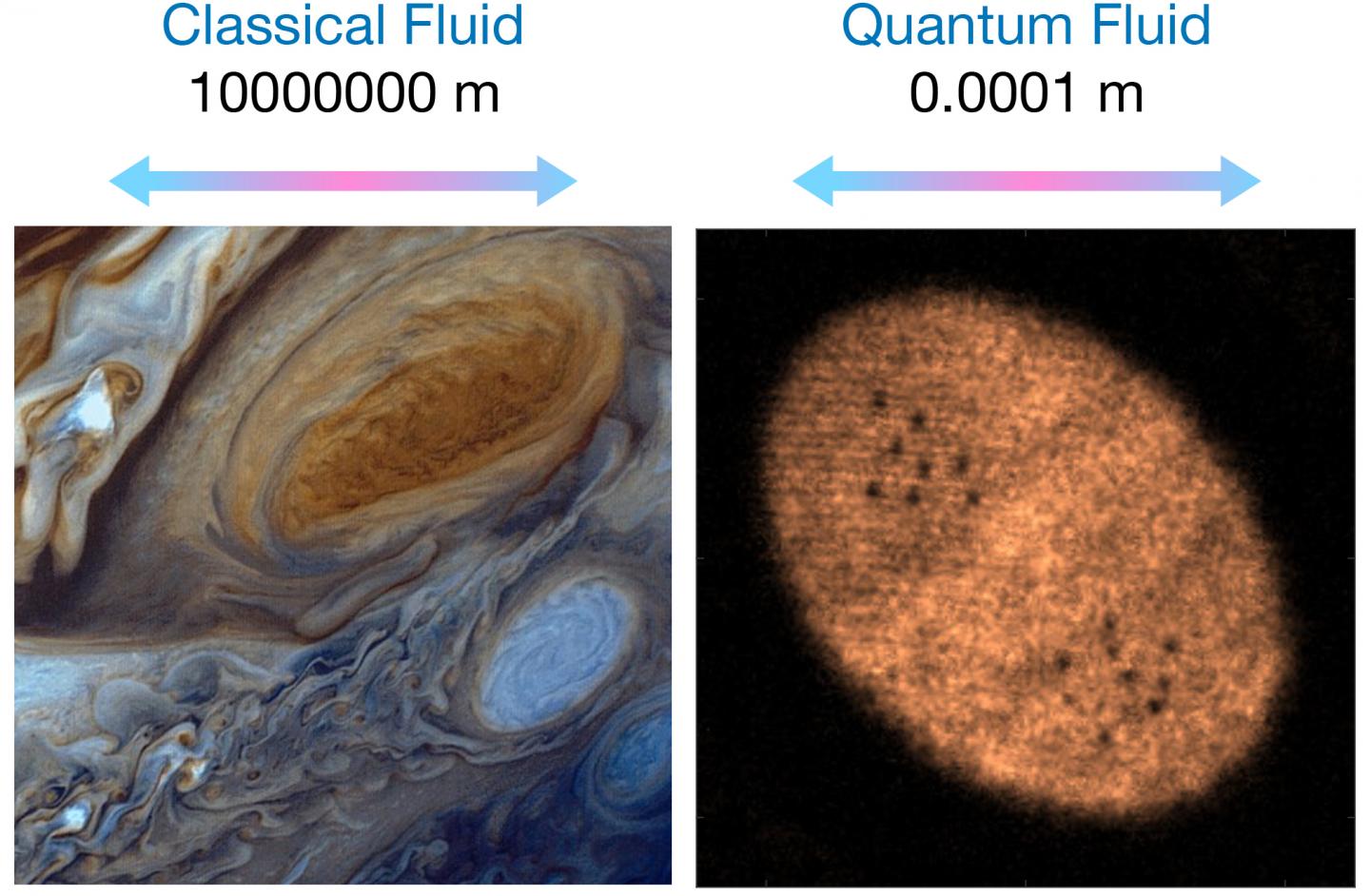 Pilots and air travellers know turbulence can be powerful, but science has struggled to fully explain the phenomenon.

Now, a University of Queensland study has confirmed a 70-year-old theory and is expected to help address “huge problems” in global engineering and transport.

Dr Tyler Neely from the ARC Centre of Excellence for Engineered Quantum Systems (EQUS) said enormous amounts of energy were used daily to transport all sorts of fluids through pipes all over the world.

“Fluid has characteristic ways of flowing, but it goes into chaotic eddies when it gets out of equilibrium.

“Better understanding fluid turbulence has great potential to make many industry and transport functions cheaper and greener around the globe.”

“The theory says if you add enough energy to a two-dimensional system, turbulence will cause giant vortices to appear,” Dr Neely said.

“Vortices are regions in fluid where flow revolves around an axis line – similar phenomenon can be seen in the atmosphere of the planet Jupiter.

“Our study created a superfluid by cooling a gas of rubidium atoms almost to absolute zero.

“We then precisely focussed laser beams to create vortices in the fluid, a technique similar to stirring a cup of tea with a spoon.

“It amazes me that we can do this with light and at such a small scale – the cores of the tiny vortices we created were about one tenth of the size a human blood cell.”

The study, appearing in Science (DOI: 10.1126/science.aat5718), was part of a collaboration with the Centre for Quantum Science at the University of Otago.

“These studies explore the range of states that Onsager predicted,” Dr Neely said.

The discovery will help support the researchers’ next scientific foray, which involves understanding few-particle thermodynamics.

Pinpointing the extragalactic origin of a single fast radio burst

Scienmag Aug 2, 2019
Improved drinking water should be a key component of control strategies against parasitic worm and protozoan…