Researchers unlock potential to use CRISPR to alter the microbiome 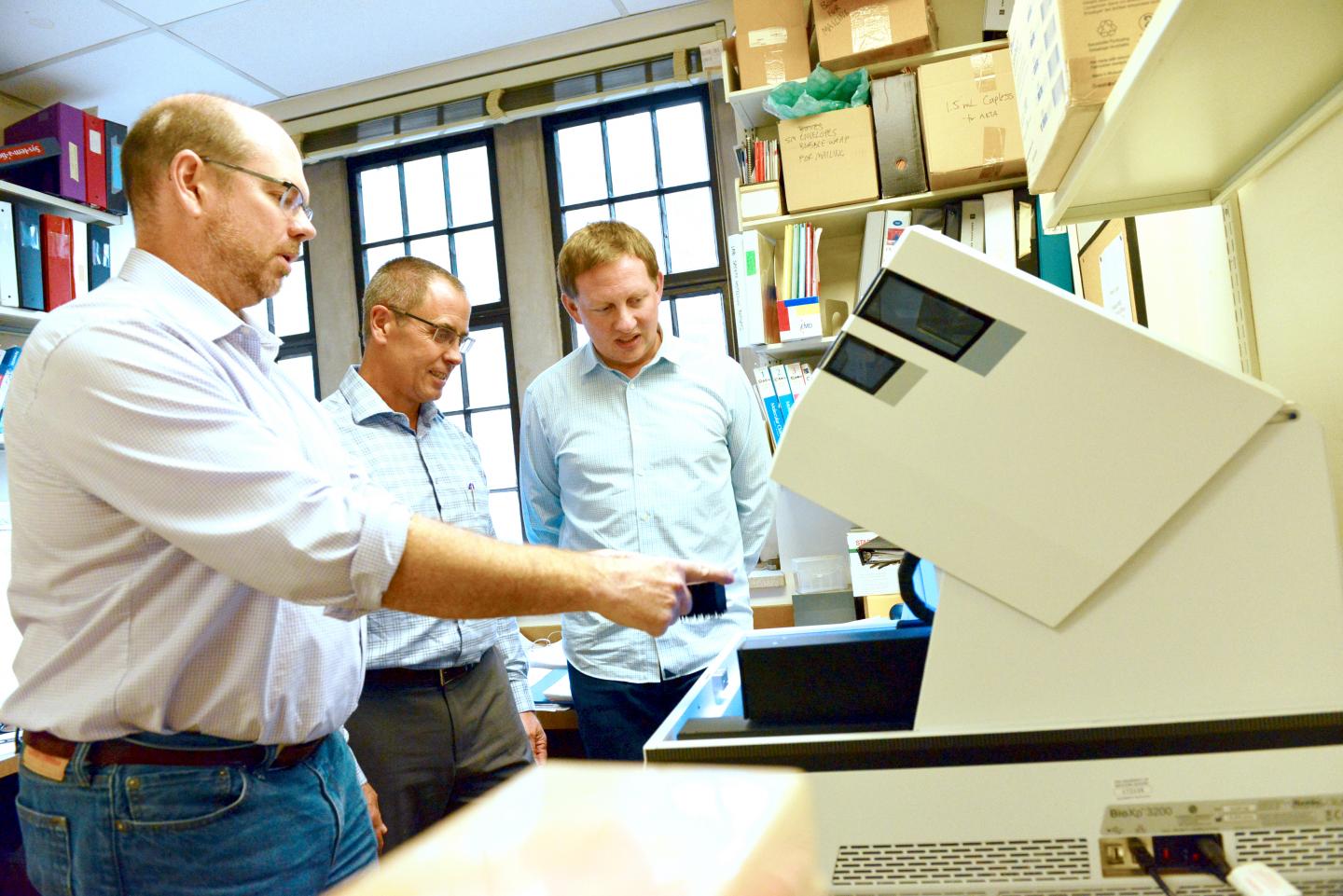 Researchers at Western University have developed a new way to deliver the DNA-editing tool CRISPR-Cas9 into microorganisms in the lab, providing a way to efficiently launch a targeted attack on specific bacteria.

Published today in Nature Communications, this study opens up the possibility of using CRISPR to alter the makeup of the human microbiome in a way that could be personalized and specific from person to person. It also presents a potential alternative to traditional antibiotics to kill bacteria like Staphyloccous aureus (Staph A) or Escherichia coli (E. coli).

“One of the major reasons that I am excited about this work is that it has a wide range of possible real-world applications,” said Bogumil Karas, PhD, Assistant Professor at Western’s Schulich School of Medicine & Dentistry. “It has the potential for development of next generation antimicrobial agents that would be effective even for bacteria that are resistant to all known antibiotics. This technology could also be used to help ‘good’ bacteria produce compounds to treat diseases caused by protein deficiencies.”

CRISPR stands for Clustered Regularly Interspaced Short Palindromic Repeats and can be programmed to target specific stretches of genetic code and to edit DNA at precise locations. Researchers use CRISPR to permanently modify genes in living cells and organisms.

In this way, CRISPR can be programmed to kill bacteria, but until now there wasn’t a way to efficiently and specifically target certain bacterial strains.

“Using CRISPR to kill things isn’t a new idea because that’s what CRISPR does naturally,” said David Edgell, PhD, Professor at Schulich Medicine & Dentistry. “The problem has always been how you get CRISPR to where you want it to go. Other delivery systems could only go to a few spots, where ours can go anywhere.”

The delivery system developed at Western uses bacteria’s natural ability to replicate – called bacterial conjugation – to deliver CRISPR to specific bacteria, in order to alter its DNA and kill it.

“Specific delivery of any therapeutic agent, including CRISPR, is usually one of the biggest bottlenecks in development of new treatments. By developing this new delivery system, we created new tools that could help us in the development of more effective therapies in the near future,” said Karas.

The team says their delivery system is not only broadly applicable, but it is also more efficient than previous systems.

“We were able to show near complete transfer of the delivery vehicle to another bacterial species under conditions where they are in intimate contact – in a biofilm. This is important because biofilms are the natural state of the majority of bacteria, and being able to transfer DNA under these conditions is typically difficult, but we found a way to make it easy and efficient,” said Gregory Gloor, PhD, Professor at Schulich Medicine & Dentistry.

Public support for gene drives in agriculture tied to limits

Diverse scents of woodland star wildflowers driven by coevolution with…