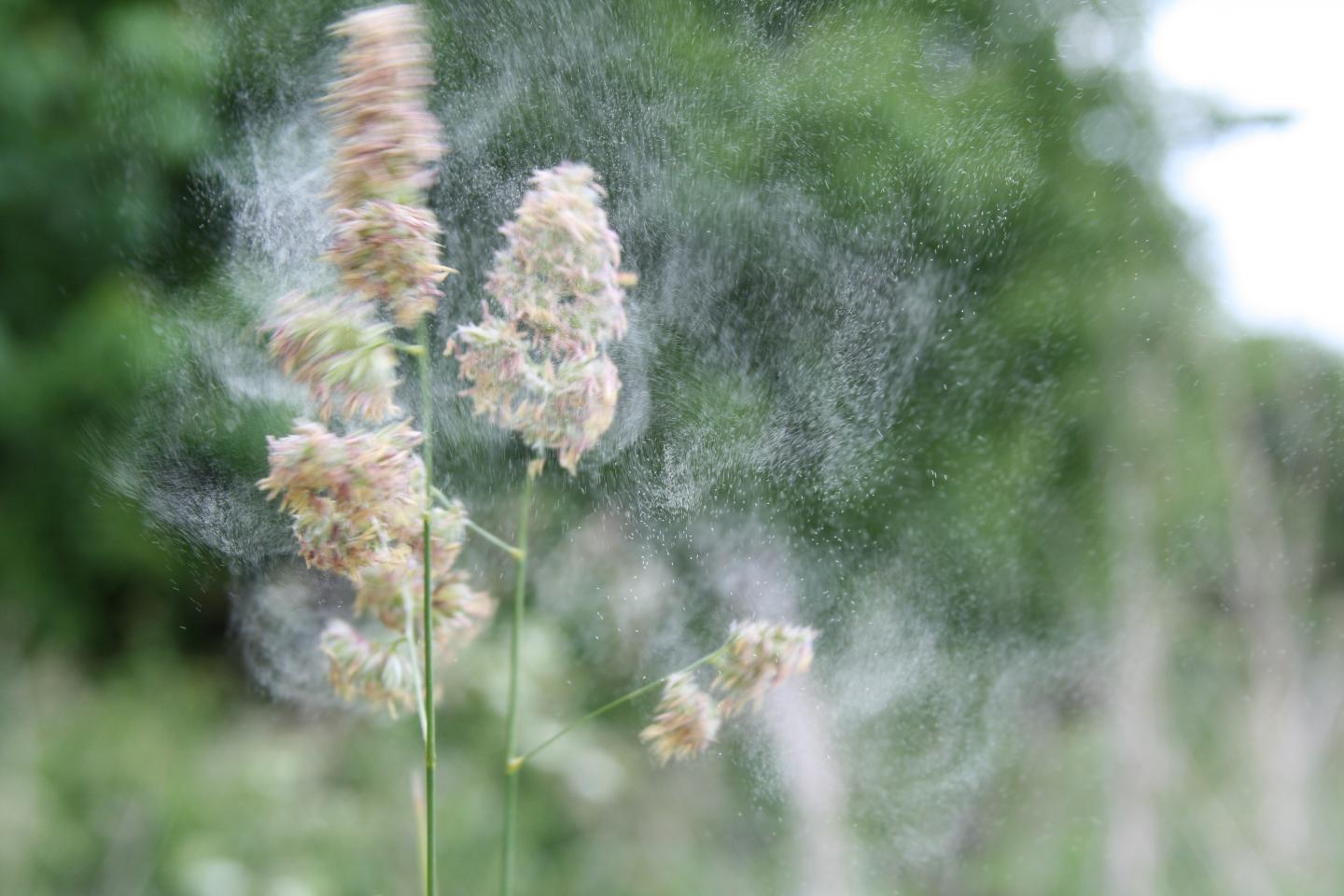 Grass pollen is a major outdoor allergen, responsible for widespread and costly respiratory conditions including allergic asthma and hay fever (rhinitis). Now, researchers re-porting in the journal Current Biology on March 11 suggest that environmental DNA could help to better understand which grasses are the worst offenders.

“These findings represent a first step towards changing and improving our understanding of the complex relationships between pollen and population health,” said Benedict Wheeler of the University of Exeter, UK. “If confirmed and refined, this research could help to improve pollen forecasts and warnings in the future, supporting individual and community-level prevention strategies and management of healthcare system responses.”

Wheeler and colleagues including Francis Rowney, University of Exeter, Georgina Brennan and Simon Creer, Bangor University, and Nicholas Osborne, The University of Queensland, Australia, note that over 400 million people around the world suffer from allergic rhinitis, commonly known as hay fever. Another 300 million have asthma. While grass pollen is known to be a common allergen, it hasn’t been clear which of more than 11,000 grass species cause the most trouble for human health.

“Previous investigations of airborne grass pollen have been constrained by the way in which concentrations of grass pollen in the atmosphere are typically monitored: using optical microscopy to identify and count pollen grains collected from aerial samplers,” Rowney said. “Since grass pollen grains from different taxa are generally not distin-guishable using optical microscopy, most epidemiology has focused on population ex-posure to total grass pollen concentrations and how they associate with allergy-related health outcomes.”

In the new study, the researchers took a different approach, using environmental DNA (eDNA) sampling and quantitative PCR (qPCR) to measure the relative abundance of airborne pollen from common grass species over two seasons. Next, they looked for pat-terns between the prevalence of particular types of grass pollen and the incidence of se-vere asthma exacerbations as well as prescribing rates for allergy medicines.

The data showed substantial variability in the relative abundances of airborne pollen from different grass species, both across the UK and over the course of the grass pollen season. The analyses also show that pollen from certain grasses may have a dispropor-tionate influence on relevant health outcomes at the population level, as indicated by the number of prescriptions written for allergy medications as well as hospital admissions for asthma.

“We’ve known for a long time that grass pollen has important implications for health at population scales,” Brennan said, “but, we didn’t really know very much about different types of grass pollen. This research suggests that there may be important differences in the public health impacts of pollen from different grasses. It suggests we should work to find out more and to consider whether the way we manage pollen health risks–such as warnings in the weather forecast–can be improved.”

The researchers say they’d like to have broader spatial coverage and monitoring over a greater number of pollen seasons to get even more information about the relative im-pacts of individual grass species. Ultimately, they write, “they envisage the develop-ment of a global network of autonomous aerial samplers, able to discriminate and quan-tify airborne pollen, allowing sensitive biomonitoring of important aeroallergens at high spatial and temporal resolutions.”

The PollerGEN project (http://pollergen.bangor.ac.uk/) is funded by the Natural Envi-ronment Research Council, UK.

Current Biology (@CurrentBiology), published by Cell Press, is a bimonthly journal that features papers across all areas of biology. Current Biology strives to foster com-munication across fields of biology, both by publishing important findings of general interest and through highly accessible front matter for non-specialists. Visit http://www.cell.com/current-biology. To receive Cell Press media alerts, contact [email protected]