A UAB research team has managed to track the behaviour of microplastics during their “journey” through the intestinal tract of a living organism and illustrate what happens along the way. The study, carried out on Drosophila melanogaster using electron microscopy equipment developed by the researchers themselves, represents a significant step towards a more precise analysis of the health risks of being exposed to these pollutants. 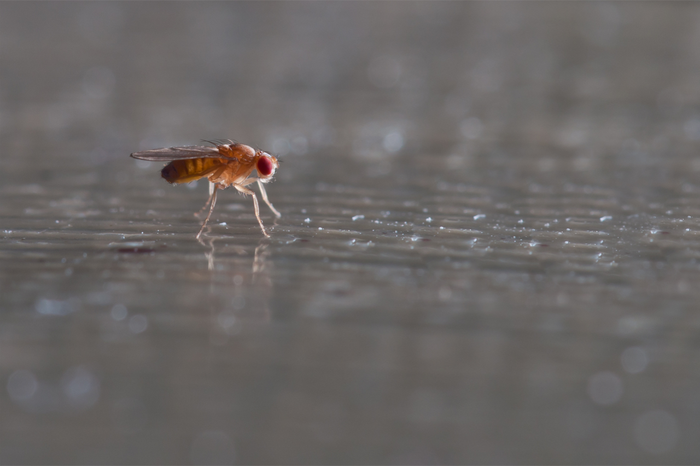 A UAB research team has managed to track the behaviour of microplastics during their “journey” through the intestinal tract of a living organism and illustrate what happens along the way. The study, carried out on Drosophila melanogaster using electron microscopy equipment developed by the researchers themselves, represents a significant step towards a more precise analysis of the health risks of being exposed to these pollutants.

The behaviour of micro and nanoplastics (MNPLs) inside the organism is a question impossible to answer at present in humans, and in vitro models are not useful. Hence, there is a need to look for models that allow us to answer this question. Furthermore, there are limitations in the current methodologies for detecting and quantifying their presence in different human biological samples, which prevents an accurate assessment of the health risk of exposure.

In this context, researchers from the Mutagenesis Research Group of the Universitat Autònoma de Barcelona (UAB) have managed to monitor the tracking of MNPLs in their “journey” from the environment to the interior of a living organism. They have done it by developing tools based on electron microscopy and in larvae of the Drosophila melanogaster fly, a model organism widely used to study biological phenomena and processes.

The research team has studied the behaviour of MNPLs along their pathway with commercial polystyrene of nanometric sizes. The “photographic report” obtained has allowed them to see the interaction of MNPLs with the microbiota and cells of the membrane that recovers the inside of the intestines, their ability to cross the intestinal barrier and their presence in haemolymph, which is equivalent to blood in humans, and in blood cells, which correspond to our lymphocytes.

“In addition to establishing a new methodological approach, our study confirms the great advantages of Drosophila melanogaster as a model to determine the potential harmful effects associated with the ingestion of these pollutants”, explains Ricard Marcos, researcher at the Department of Genetics and Microbiology of the UAB and coordinator of the study.

Effects at the nanometric level

The evaluation of the biological effects at different stages of the larvae’s life showed that, although no significant toxicity was observed, the exposure produced a broad molecular response, altering the expression of genes involved in the general response to stress, oxidative damage and genotoxicity, as well as in genes related to the response to physical damage on the intestinal barrier.

“Our work adds information on what happens, in terms of effects, when the exposure is to nanoplastics, which, due to their small size, are of particular relevance to us, because of their greater capacity to break down biological barriers and produce toxicological effects that can affect the health of organisms, including humans,” says Alba Hernández Bonilla, a researcher at the UAB and co-author of the study.

So far, most of the effects of MNPLs have been carried out in micro- and even millimetric ranges, and in aquatic models, mainly marine. In vivo studies using nanoplastics are almost non-existent. It is in this context that the relevance of the study, which has used methodologies that have never before been used for these purposes, is clear, researchers point out.

The study has been published recently in the journal Environmental Sciences: Nano and is part of the European project PLASTICHEAL, coordinated by the UAB, which aims to provide regulators with new methodologies and solid scientific evidence to establish the knowledge base for an adequate risk assessment of MNPLs.