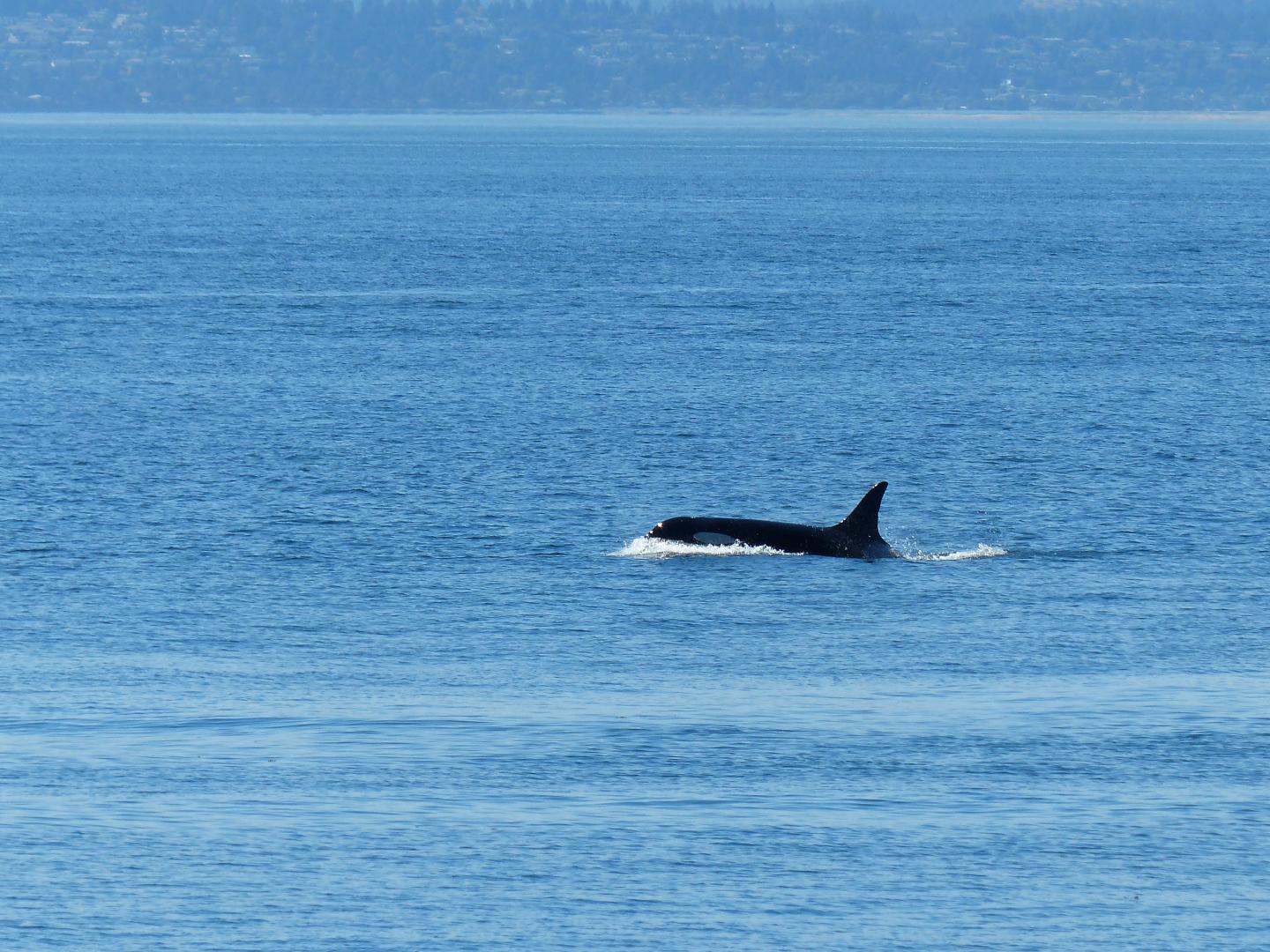 CORVALLIS, Ore. – Oregon State University researchers analyzed more than 17,000 public comments focused on orca conservation in the state of Washington and found that the most common emotional sentiments were trust, anticipation and fear.

The recently published findings have important implications because they provide conservation managers a way to convert a large volume of information to a manageable amount that can help them understand why people might support or reject management actions, the researchers said.

“Emotions are intertwined in our decision-making, often playing a substantive role in public evaluations of conservation policies,” said Kelly Biedenweg, an author of the study and an assistant professor at Oregon State who studies psychology in the field of conservation.

“In this context, because we had such a high combination of trust and fear and sadness, that actually is the perfect combination for implementing more conservation-based strategies because in that emotional state people are more willing to take protective actions. Whereas if people were angry, that would be bad time to implement those protective conservation strategies.”

Orcas have long captured human attention for their complex behaviors and social structure. They are also an icon of the Pacific Northwest, where they are depicted in Indigenous art, featured on license plates and a driver of tourism.

Since 1996, Southern Resident orcas, the population that resides in Pacific Northwest waters, have experienced steady decline and were listed as endangered in 2005, the researchers say in the study published in the journal Conservation Science and Practice. The most critical issues to their recovery are pollution, vessel disturbance and prey availability.

The decline of orcas spurred Washington governor Jay Inslee to create a task force in 2018 to develop recommendations for orca recovery. From July 2018 through May 2019, the governor’s office received more than 17,000 public comments regarding orca conservation. The large volume of public comments was in part due to several high profile orca deaths in that region during that time, including a newborn calf that died and was carried by its mother for 17 days.

The researchers worked with a separate team at the Center for Applied Systems & Software at Oregon State to develop a computer program that merged that lexicon with the words from the 17,000 public comments the orca task force received.

Trust was most associated with words such as save, food and governor; anticipation with time, immediately and plan; fear with watching, remove and endangered; sadness with remove, problem and death; surprise with wild, good and death; anger with remove, death and money; and disgust with pollution, creatures and death.

The fact that “trust” was the most common category leads the researchers to believe that respondents have strong faith that if particular actions are taken the orcas can be saved. Furthermore, the fact that one of the most frequently used words in the trust category was “governor” suggests that respondents have some level of recognition and acceptance of this person’s power to resolve the situation.

This type of finding could lead conservation organizations to build on the public acceptance of the governor’s power and develop strategic actions and messaging that establish the governor’s office as leading efforts to implement orca conservation, the Oregon State researchers conclude.

While the orca task force in Washington has already issued a report and recommendations, this type of analysis could be valuable in other conservation situations where there is a large volume of public comments, Biedenweg said.

“Teasing apart specific emotions to all of these issues is going to help us have a much more nuanced vision of why people are reacting in certain ways and how we might incorporate those reactions into policy,” she said.