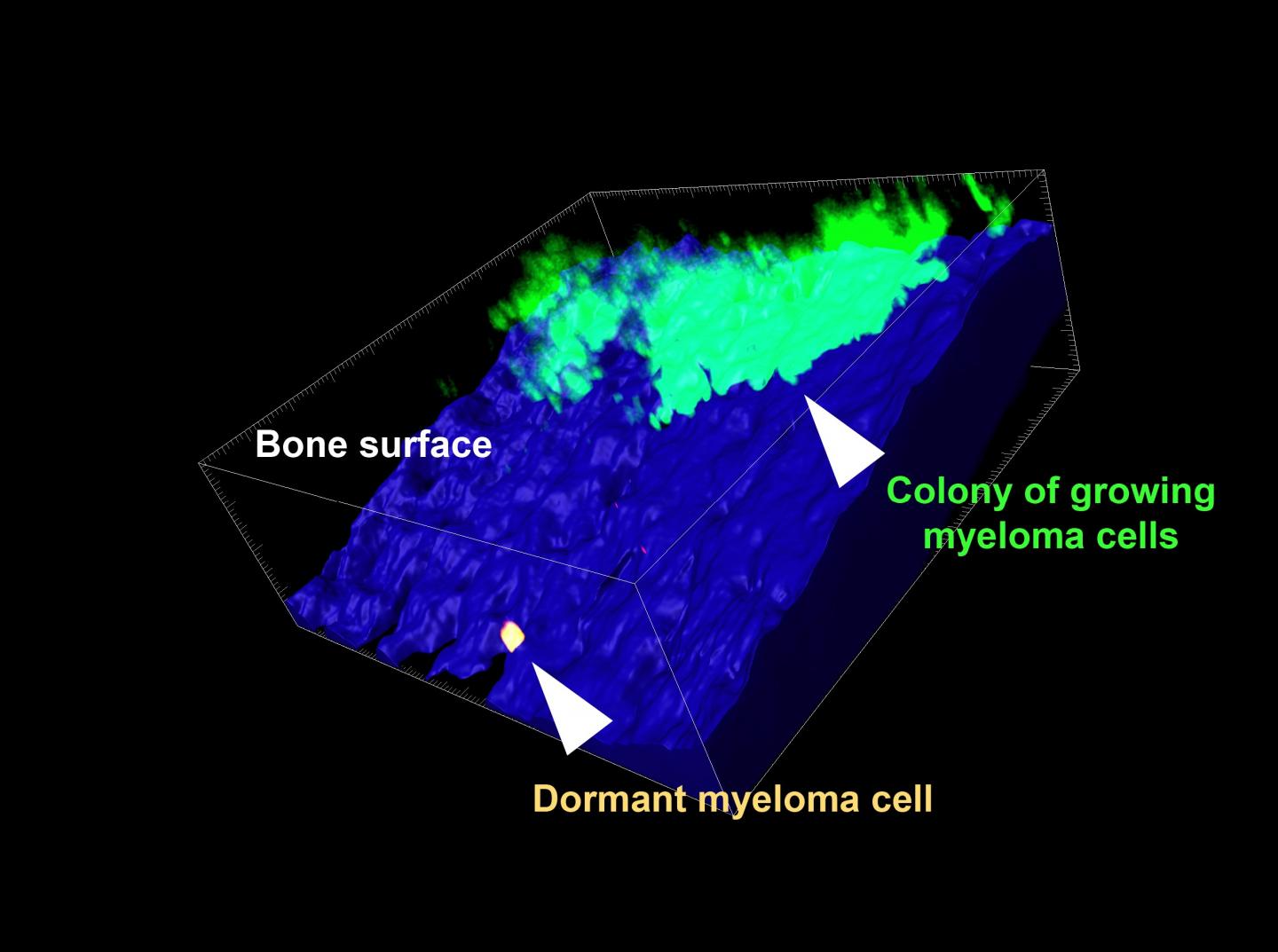 An international team of scientists has uncovered the unique set of genes that keeps some cancer cells dormant. Led by Associate Professor Tri Phan and Professor Peter Croucher at the Garvan Institute of Medical Research in Australia, in collaboration with Professor Ido Amit at the Weizmann Institute of Science in Israel, the research may reveal new therapeutic targets for multiple myeloma (a blood cancer that arises in bone) and other cancers which spread, or metastasise, to bone such as breast and prostate cancer.

The researchers publish their findings in the journal Blood on 25 April 2019 (EDT).

Most will associate cancer with its fast growing cells that spread uncontrollably – but in fact, it’s often the cancer cells that are dormant and inactive that pose the greatest threat. Dormant cancer cells, when ‘woken up’, are a major cause of cancers coming back, or relapsing, after treatment – often as metastases, which are estimated to cause 90 per cent of all cancer deaths.

When cancer metastasises, it spreads to different organs in the human body. Some cancer cells can stop dividing and hide in a ‘dormant’ state, tucked-away in niches such as the inner lining of bones. Once dormant, the immune system, our natural protector, cannot find them to target them and conventional chemotherapy is ineffective. There is also no way of knowing how long the cells will remain dormant.

To help prevent dormant cancer cells from being reactivated, Garvan researchers are investigating what makes cancer cells dormant. But isolating the cells to study them has been a challenge – they are rare, often less than one in hundreds of thousands of cells in the bone, and scientists have not known how to identify them.

“What makes our approach different is that we’re looking at the cancer ecosystem as a whole,” says Associate Professor Phan, Head of the Intravital Microscopy laboratory at Garvan and co-senior author of the study. “It’s not just the cancer cell but the other cells in their microenvironment which determine their fate. We are trying to find what genes get switched on by the microenvironment and how those genes make the cancer cell dormant.”

The Garvan researchers first developed a way to track dormant multiple myeloma cells inside the bones of living mice four years ago using a new technique called intravital two-photon microscopy. They have now isolated these rare cells to analyse the dormant cells’ transcriptome – a snapshot of all the genes that are switched on in the cell and control dormancy.

“Having been able to identify the rare dormant cells, we were able to isolate them and work out all the genes which were active. What is exciting is that we discovered many of these genes in dormant cells are not normally switched on in these cancer cells. Now that we know the identity of these genes, we can use that information to target them,” says Dr Weng Hua Khoo, first author of the study.

The team analysed the single cell transcriptomes at the Garvan-Weizmann Centre for Cellular Genomics and confirmed their findings independently with their collaborators at the Weizmann Institute of Science.

Unexpectedly, the dormant myeloma cells had a similar transcriptome signature to immune cells, but which was only ‘switched on’ when the cells were located next to osteoblasts, specialised cells found in bone. “This showed us just how crucial the crosstalk between the tumour cells and the tumour microenvironment is for cancer dormancy,” says Professor Ido Amit, Principal Investigator at the Weizmann Institute.

A new way to target cancer

The researchers are now using their method to collect data on dormant cancer cells from other cancer types, with the hope of finding a common signature that would allow them to target all dormant cancer cells. “The aim now is to bring data from many cancer types together to find a unifying approach to understanding how dormant cells control cancer relapse and metastasis,” says co-senior author Professor Croucher, Research Director at Garvan.

The team is also working to develop potential therapies that target the unique features of dormant cells, now uncovered by this research.

Professor Croucher says, “There are different approaches to targeting dormant cells. One is to keep them dormant indefinitely by creating an environment that stops them from waking up. A second approach is to deliberately wake them up, which can then make them susceptible to being targeted with conventional chemotherapy. But the best approach would be to use this knowledge of what the genes are that keep cells in the dormant state to eradicate them while they’re dormant. This would stop the disease coming back or relapsing – this would be the Holy Grail.”

SwRI leaders Hamilton, Stern to be inducted into UT-Austin Academy of Distinguished Alumni

University of Delaware startup awarded $3.4M in Department of Energy…