Researchers outline goals for collecting and studying samples from Mars 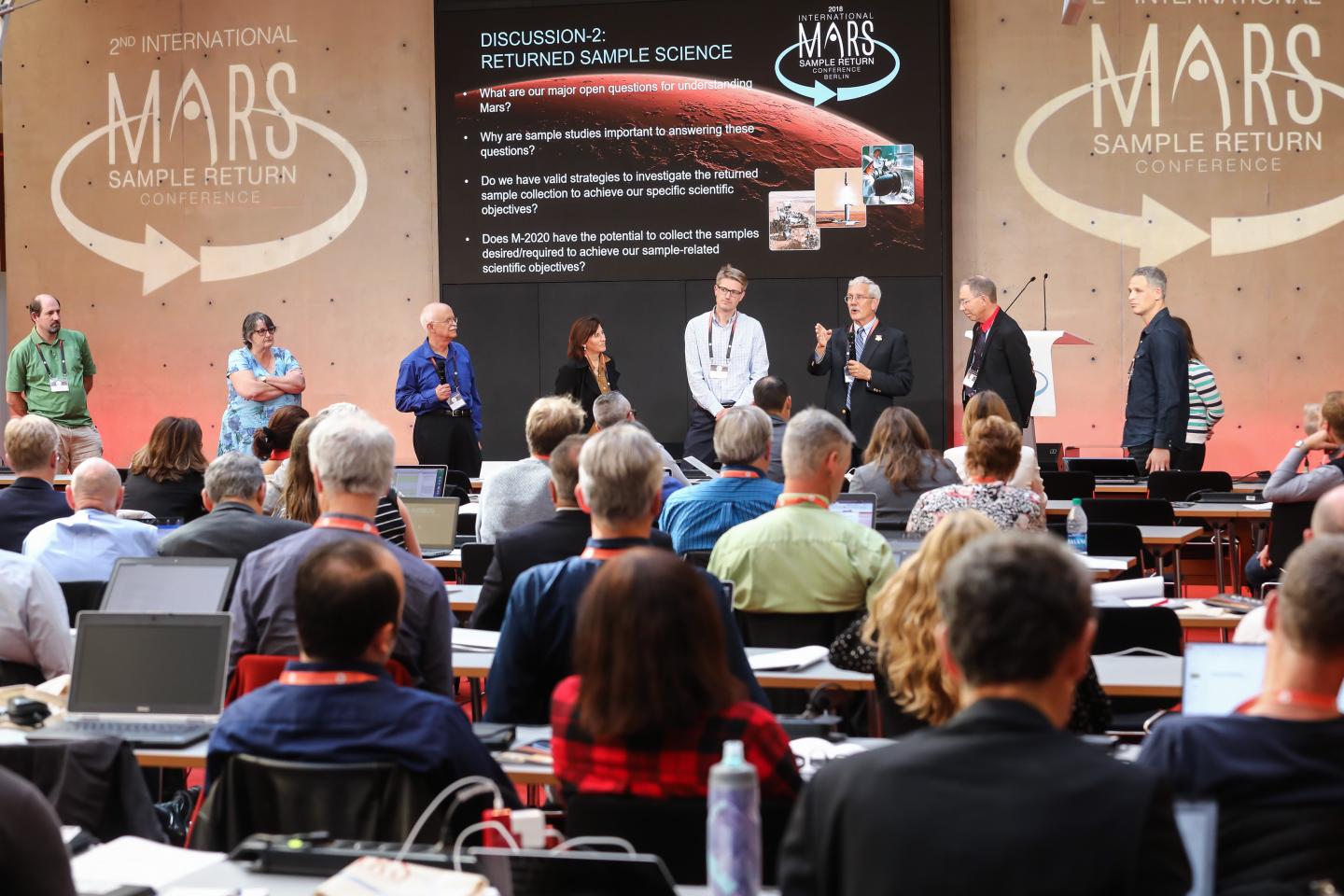 Returning samples from the surface of Mars has been a high-priority goal of the international Mars exploration community for many years. Although randomly collected samples would be potentially interesting, they would not be sufficient to answer the big questions that have motivated Mars exploration for decades. A new paper published in Meteoritics & Planetary Science describes the results of a major collaboration among 71 scientists from throughout the international science community to define specific scientific objectives for a Mars Sample Return campaign, to describe the critical measurements that would need to be done on returned samples to address the objectives, and to identify the kinds of samples that would be most likely to carry the key information.

The study was sponsored by the International Mars Exploration Working Group. The authors note that the seven proposed objectives provide a framework for demonstrating how the first set of returned Martian samples would impact future Martian science and exploration.

“This report establishes critical planning that will allow us to maximize the scientific value of the Mars samples should they be delivered to Earth,” said lead author Dr. David Beaty, of NASA’s Mars Program Office at JPL. “Science is working hand-in-hand with our amazingly talented colleagues in engineering to make MSR a reality.”

“Mars Sample Return can truly advance our understanding of Mars by leading us to discoveries that answer fundamental, long-standing scientific questions,” added Dr. Monica Grady, one of the study’s co-leads from the Open University in the UK. “iMOST exemplifies the international collaboration and partnerships that will underpin those discoveries.”

Researchers identify molecular process that could accelerate recovery from nerve…