Discovery of a metabolic pathways that inhibit memory T cell production has potential for enhancing the immune system’s ability to fight infections and cancers. 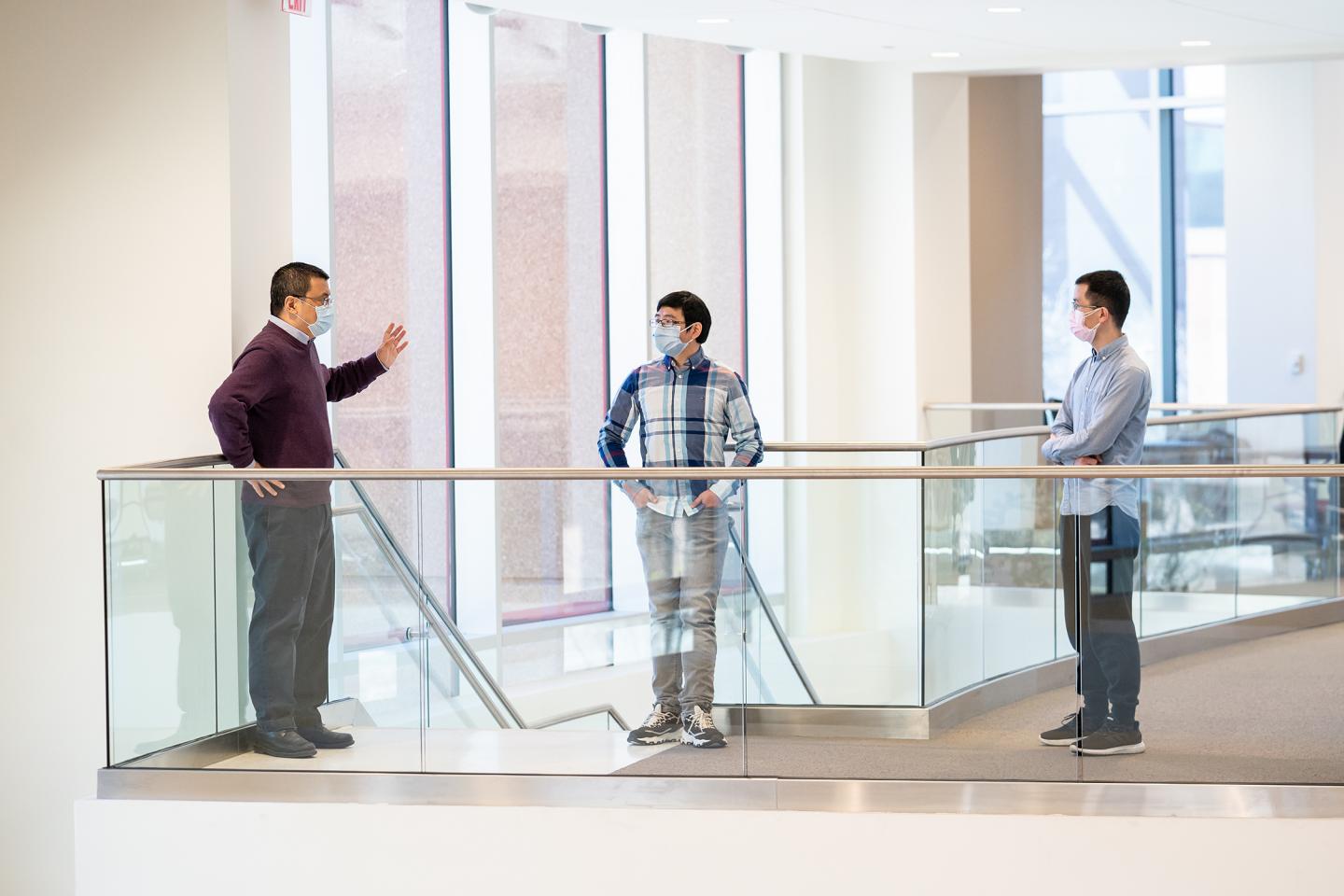 The findings have multiple implications for how the adaptive immune system responds to infections to generate such memory T cells. The experiments revealed mechanisms that inhibit development of the long-lived memory T cells that continually renew to protect the body over time. Blocking these inhibitory mechanisms with pharmacological or genetic approaches could boost protective immunity against infection and cancers.

The researchers also discovered a subtype of memory T cells that they named terminal effector prime cells. Mapping the pathway that controls these cells raises the possibility of manipulating this pathway to enhance the ability of the immune system to kill microbes and cancer cells.

Mapping the control pathway also provided the insight that diet may have a greater influence on immune function than previously thought.

Led by Hongbo Chi, Ph.D., of the Department of Immunology, the research appears today in the journal Cell. The first authors are Hongling Huang, Ph.D., and Peipei Zhou, Ph.D., of Immunology.

CRISPR-assisted mapping of the metabolic machinery

When the body encounters an infection, the immune system begins to generate effector T cells to attack the invading bacteria or viruses. There are two types of these T cells. One type is the memory precursor cells, which can develop into memory T cells that persist long-term to protect the body. These are the T cells that vaccinations generate. The second type are short-lived terminal effector T cells, which have immediate cytotoxic activity.

In this study, researchers sought to map the metabolic machinery that controls how the immune system decides to produce memory T cells. Chi and his colleagues focused on the little-known mechanisms that inhibit the generation of this type of T cell.

The scientists used a gene-manipulating technology called CRISPR to sift through more than 3,000 metabolism-controlling genes in mouse cells. The goal was to discover genes that regulated the “fate” of effector T cells and memory T cells.

“The preconceived notion about nutrients’ role in immune cell function was that the cells rely on nutrients as an energy source and for building blocks,” Huang said. “But our study provides another view–that nutrients are involved in inhibitory pathways, and that deprivation of certain nutrients or metabolites might be good for adaptive immunity.

“It seems to suggest that what you eat and drink may have a greater influence on immune function than previously appreciated,” Huang said. “This will be an important pathway for future research.”

The researchers found they could manipulate this pathway to keep terminal effector prime cells at this intermediate stage that would induce them to proliferate to produce more memory T cells. “These findings highlight the possibility of targeting this pathway to boost protective immunity against both infections and tumors,” Chi said.

“We are extremely excited by these findings,” Chi said. “By identifying this nutrient signaling axis, our studies provide new biological insights and therapeutic targets for enhancing memory T cell responses and protective immunity against pathogens and tumors.”

St. Jude Children’s Research Hospital is leading the way the world understands, treats and cures childhood cancer and other life-threatening diseases. It is the only National Cancer Institute-designated Comprehensive Cancer Center devoted solely to children. Treatments developed at St. Jude have helped push the overall childhood cancer survival rate from 20 percent to 80 percent since the hospital opened more than 50 years ago. St. Jude freely shares the breakthroughs it makes, and every child saved at St. Jude means doctors and scientists worldwide can use that knowledge to save thousands more children. Families never receive a bill from St. Jude for treatment, travel, housing and food — because all a family should worry about is helping their child live. To learn more, visit stjude.org or follow St. Jude on social media at @stjuderesearch.